How many people have we seen lose their money with speculative investments that do not serve society. Richard Murphy offers an alternative. And do not be intimidated by the term “Hypothecated”. 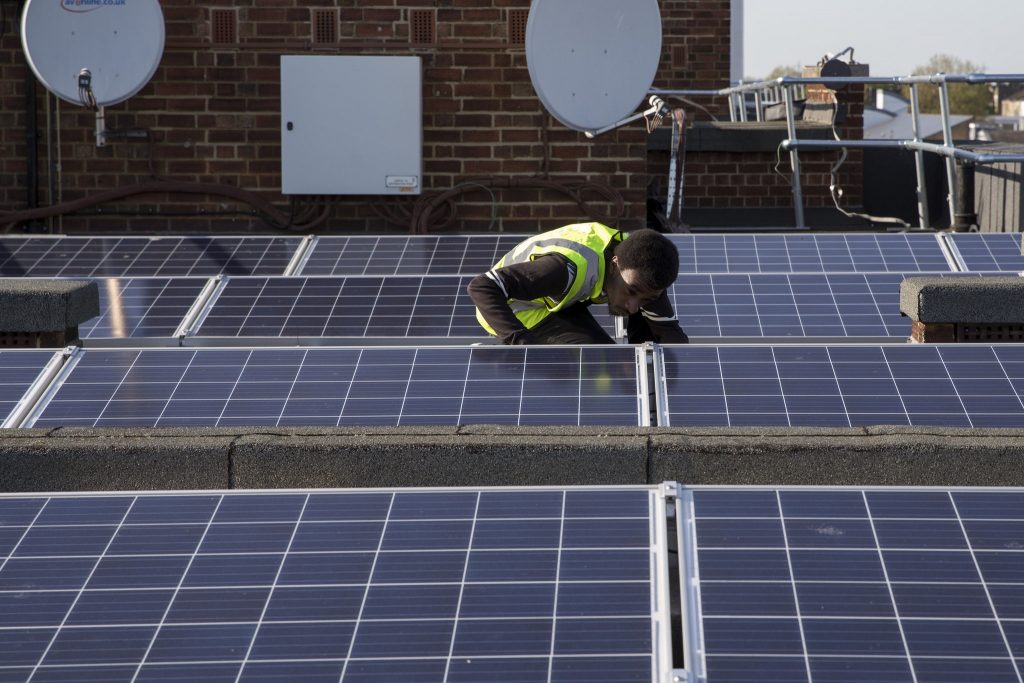 Modern monetary theory (MMT) says that governments have no need to borrow. Governments can, it says, always create the money that they need. Which is true.

What is more, MMT says that if governments do borrow, what they are actually doing is paying interest to use funds that they have already injected into the economy that they have, by choice, decided to not tax back, preferring instead to leave them in the economy to provide liquidity, and to maybe stimulate economic activity.

And I agree with all that. It is true. There is no doubt, for example, that if a government runs a deficit – and there are very good reasons why in economies where there is a desire for increased employment plus a little inflation such deficits are needed – then the result will be increased private wealth in the form of savings. MMT knows this. It even promotes this idea as explanation of what happens.

And there are those who say within the MMT community that government borrowing is not needed even though the spending of government-created money that would replace borrowing as a mechanism for deficit funding would also create savings balances.

Which is why I break from many in MMT at this point, and do so unashamedly. I see no harm in the government borrowing back the funds that its deficit has, by definition, created. There are several reasons for saying so.

First, controlling interest rates is a key MMT objective. The aim is to have them as low as possible. The government needs to influence markets to achieve that goal. It can only really do that by being in the markets. Since it is in the money markets in a big way now there are few who doubt it has significant control over interest rates as a consequence. And I think that is a good thing.

Second, let’s be clear that the inclination to save is something that some people have. That inclination is not created by governments, or their deficits. From my own observation of the lives of many people as a professional accountant I would suggest that a minority of people are savers by inclination: I suspect it is fewer than 15% of the population, although some of course never get the chance. But for those who do save it is habitual, and even necessary to their wellbeing. So, saving is going to happen.

Third, what happens to those savings matters. They can be wasted by being placed in speculative bubbles, which is what happens when they are used to buy shares or to buy second-hand properties, both of which are speculative activities delivering almost no social gain to society. Alternatively, they can become the basis for social investment. I would happen to describe lending money to the government as social investment. I have done so for a long time.

In that case it is my belief that MMT is missing a trick here. Just as some in MMT did forget the social policy functions of tax when they, for too long, viewed it as the balancing number in a fiscal equation, so too are some in MMT forgetting the importance of saving, and the mechanisms for social change it is capable of funding, most especially right now when interest rates are so low, even if it is not strictly necessary for a government with monetary sovereignty to borrow.

What I mean is that I do not think that a government should be indifferent to saving. I think it essential, for example, that a government should accept a role as borrower of last resort. By that I mean that it should provide the cautious saver with a place to deposit their funds knowing that, unlike every other institution, the government will be able to repay it. Of course this security for the same should come at a price in the form a reduced interest rate, but so what? If the saver is happy with the bargain why shouldn’t the government provide them with the security that they want and which supports their wellbeing?

Presuming a government accepts that role – and in the UK it does – then this is evidence that a government is not indifferent to saving. In that case nor should it be indifferent as to what they are used for. The government should, then, promote the idea that saving is not a passive action, but is instead an active choice.

This is despite, or even precisely because we known that the economic impact of saving is to withdraw funds from the economy. The act of saving is an alternative to spending, whether on consumption or investment goods. It does as a consequence inevitably reduce demand in the economy unless, that is, the process of saving is linked to capital creation that might otherwise not take place.

Cash deposits do not result in this capital creation: we know they are not required to fund bank lending.

And nor does stock market and property investment result in capital creation. Very little capital creation in the UK private sector is now funded by share issues. Those share issues that do take place are almost invariably linked to merger and acquisition activity now, and so are linked to ownership change and not capital creation. Much property investment is linked to land value, and building. Buildings acquired are, in any case, usually second hand. And the most common forms of savings – into which the UK government pours subsidies via the pensions and ISA systems totalling at least £60 billion a year – are almost all invested in these types of dead-end activity. No wonder savings have a bad reputation amongst economists.

There is, however, an alternative. This is saving for a purpose. Much as I think hypothecated taxation is both wrong, and not even technically possible, I think hypothecated saving is desirable. I suggested this as long ago as 2003, suggesting back then that savings should be redirected via local authority bonds to socially useful activities such as infrastructure and transport spending, social house building, green transformation, and so on. Nothing has changed my mind since.

At a time when many want to save what strikes me as incredibly odd if the fact that after allowing for QE repurchases the government has so far this year undertaken no real net borrowing: allowing for debt now owned by the Bank of England the money markets have not really contributed to government spending this year.

I suggest that makes no sense at all. There are accumulating piles of savings at present. The government should be providing a use for them. And it should be doing so by offering to use the funds in question – locked into reasonable length bond terms if appropriate – to fund the job creation programmes that we all now know are needed.

Last week the EU issued a €17 billion social bond to be used to fund job generation, amongst other things. It was 13 times oversubscribed despite offering interest returns that were only just about positive in most cases. The UK could be doing the same. More than that, it should be doing the same. And these bonds should have specific programmes attached to them to make clear why they have a social purpose. They could also have a regional dimension attached to them as well, if desired. Why can’t people save for where they are? I think this might work especially well in Scotland.

I entirely accept that the projects in question could be funded without borrowing. But that’s not the point. If they were savings would be creating disruption in the rest of the economy, and will be held in institutions that have risk attached to them, which may then need bailing out at cost to the government. Why not align the government’s role as lender of last resort and social and economic goals as well? There is a greater good to be done here, and a new approach to saving would let it happen. Back this up by changes to pension reliefs and ISA tax reliefs to require saving in such bonds and the arrangement could be sold with ease.

Why can’t we do some joined-up thinking on saving?

Frances Coppola – Why Targeting Productivity is a Bad Idea

No economist appears currently to have a solution for increasing productivity, While the British Labour Party has frittered away its time with Brexit, a faux-anti-semitism crisis, and the Blairite Fifth Column, it has apparently given […]

The EU Green Deal includes bold promises to vastly reduce the use of toxic pesticides. But big pesticide corporations like Bayer, BASF, Syngenta and Corteva are lobbying hard to counter these initiatives. They also want […]