As the US election nears, we shall try to present some pieces analysing this event for a European perspective. 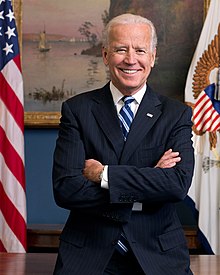 [This is a short, less than 700 words, piece that “Globe and Mail” asked me to write about the forthcoming US election. They got what they apparently did not expect and wanted me to revise the text substantially. I am always happy to accept all factual and English-language corrections, as well as different turns of phrase etc. I am even accepting deletions of some parts of my texts (as in the case of my books translated in China). But I do not accept changes in content. So I post the original text here.]

What are the stakes in the forthcoming US presidential election? I would put them in one word: “normalcy”. But as I write that word, I feel very uneasy. For an East European of my generation it brings back the bad memories of the 1968 Czechoslovak “normalization” when the Soviet Union and (what would be called today) its “coalition partners” invaded Czechoslovakia to snuff out the Prague Spring, and bring back a bad government.

And this is the second reason for the unease. The United States prior to Trump could hardly be described as having been in a desirable state of affairs. Not only that: it is that very “normalcy” that brought Trump to power in the first place. It is useful to refresh one’s memories. Under George W Bush, the US created endless wars that destabilized the Middle East and killed, according to some estimates, half a million people. Under the same president, it also produced the biggest economic crisis since the Great Depression. And then under the next president it bailed out those responsible for the crisis, sowed chaos in Libya, and ignored the decimation of the American middle class.

So, what was “normal” then? But, it could be argued, there are differences—even leaving aside the extraordinary irresponsible and outright callous response of the Trump Administration to the covid-19 epidemic which it largely ignored, and when it did not ignore, contributed to the death of almost quarter a million of Americans. The first difference is that the departure of Trump will put an end to the ceaseless daily fights with journalists, politicians, actors, private individuals, TV producers, and practically everybody who crosses paths with his administration. The new administration will stop the unconscionable attempt to pit different groups of Americans against each other in order to stay in power. It will end an openly racist behaviour from the top. It will no longer relish the idea of using alligators to stop illegal immigrants from crossing the US border.

In foreign affairs, it will reduce tensions with China. Trump has exacerbated them and there is no doubt that they will remain. But his behaviour that appears to indicate that he sees covid-19 as a China-orchestrated ploy to oust him from power is extraordinarily dangerous. The US relations with China will not go back to what they were before Trump, but at least the danger of two nuclear powers starting a war would be lessened.

But what will “normalcy” bring in “positive” terms–not only what the Biden administration will “not” do? One cannot be very optimistic. Not only because of Biden’s half-a-century lack-lustre record, but because of a narrative that the liberal establishment, which now includes both centrist Democrats and many Republicans, has become comfortable with. It is a narrative where everything prior to Trump was excellent, and then fell to pieces. That narrative is not only wrong (for the reasons I mentioned above) but would lead to inaction. The United States needs major changes in its distribution of wealth, elitist education system, dysfunctional health care, plutocratic-ruled political system, crumbling infrastructure, declining middle class, unleashed monopolies. Who is going to make all these changes? A new Roosevelt is often invoked. Does Biden fit the role? One should also not ignore that many of Roosevelt’s achievement became entrenched only because of inter-class collaboration that developed with the war effort. There is nothing similar to that now–and hopefully it will not be a war that would bring it forth.

So, after reflection, it is not “normalcy” that one hopes for from the likely new administration but major policy changes, the greatest (albeit in the opposite direction) since Reagan’s 1980 election. America has often been lucky and surprised the world by its uncommon ability to pull out of seemingly impossible situations. Was not Truman thought a light-weight? Kennedy inexperienced? Roosevelt a scion of the upper classes? The question is, can Biden surprise the world—and himself?

Financial capital does not contribute to improving society, just making the rich richer. Dean Baker is a Senior Economist at the Center for Economic and Policy Research (CEPR) Cross-posted from the CEPR Blog We should […]

Political theorist Wendy Brown’s latest book, In the Ruins of Neoliberalism: The Rise of Antidemocratic Politics in the West, traces the intellectual roots of neoliberalism and reveals how an anti-democratic project unleashed monsters – from […]

In 2017 a minimum wage was introduced (!) in Germany. It was only 8.84€ per hour. Leading economists like Hans Werner Sinn, Germany’s chief neo-liberal ideologue, predicted an increase of one million unemployed. Not only […]