Not so long ago in a wee land not so far, far away…… 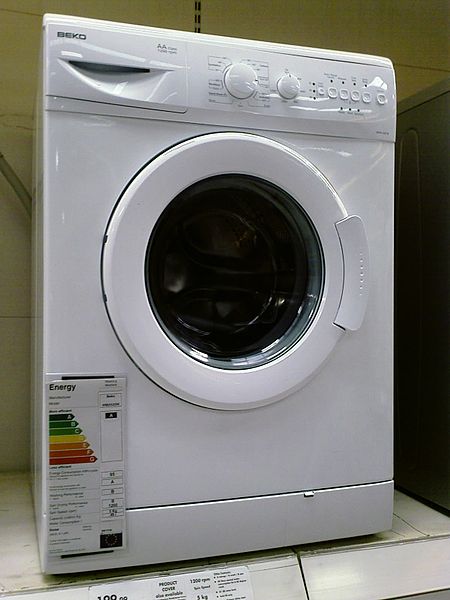 I NEVER enjoy launch events which I am involved in organising – there’s always so much work and so much that can go wrong. To my surprise, Saturday’s launch of the Our Common Home project was different. The response of everyone we spoke to on the day and since left no room for ambivalence; hope is addictive.

It was really emotional. People are so worn down with the relentless negativity of politics that they are very actively looking for another story, a different version of the future to that offered by the political parties. All the UK’s political parties have been recycling the same election manifesto since 1992 and no-one is cheering any more.

‘If not this, then what?’ That is the question of our age. If humans are to be something more than ping-pong balls bounced relentlessly between the finance, property and retail industries until we have no more money and the planet is uninhabitable, what will we do?

A big part of that answer was put simply to me on Saturday by a great supporter of Common Weal (and a bit of a hero of mine given his key role in the Upper Clyde Shipbuilders work-in) Tam Brotherston.

When I presented the Common Home Plan I made the point that there is almost nothing more harmful to the planet than making products which are designed to fail. Washing machines haven’t changed substantially in 50 years; they do now what they did then, and they’re basic bits of kit, a pump and a motor. Frankly we shouldn’t have to buy two of them in our entire lives.

And yet what we get are flimsy machines destined to stop working long before the true end of their useful life but which are unrepairable. You’d almost think the manufacturers wanted you to buy more of them than you need…

Every time you do buy another one three things happen. Firstly, you get poorer. Secondly, a number of corporations get richer. Thirdly, the planet dies a little bit more – the energy, the resource drain, the diesel fumes, the pollution, the waste. Poverty, inequality and global extinction, all in one neat package.

Except how is it cheaper if one of them costs £50 less but you have to buy four of them? If a washing machine was built to a high-quality, designed to be repaired and upgraded and supported by a proper repair industry it could easily last 50 years.

So why would you buy it? Why not just lease it? Over those 50 years that £50 would be unnoticeable, but your bank balance will notice the three other washing machines you don’t buy.

You’re wealthier, the planet is saved, inequality is reduced, poverty challenged. Why not do that instead?

The answer is in the question – hyper-capitalism passes itself off as a kind of ‘efficiency machine’, always producing the most efficient outcomes. It’s no such thing; it’s an inequality machine. It is based on powerful corporations taking your money away from you over and over and over. They can never let enough be enough – they need your stuff to break, for you to become ashamed of it.

Think about the time and money you spend shopping to replace things you shouldn’t need to replace. Imagine that same time and money invested in something you actually want to do. Think of your additional prosperity and happiness.

Now multiply that by the sheer number of things you buy you don’t need or want all that much, add on the public funding that goes to tackling all the problems of debt-fuelled poverty and you’re nearly there – the next place, the one they tell you you can’t have.

And all that because someone built a washing machine properly.

Tam was an engineer and he jumped on this. He told me a story about delivering an oil rig constructed by Scots to a Middle Eastern client. The client told them ‘this is too good, you’ve done too good a job, it’s too well made’. It was pointed out that this hadn’t cost them any more, this was just how it was done on the Clyde. That’s what ‘Clyde-built’ really meant.

The way in which Scotland’s reputation as a centre of excellent engineering was dismantled by Thatcher and the economy handed over to that trio of finance, property and retail is well understood. We have been browbeaten into believing that there really wasn’t an alternative.

I mean, the one thing that is impossible in global capitalism is for consumer goods to be made ethically and properly inside a modern European nation state. Only China can do that, not say the Basques and their Mondragon cooperative with its £10 billion of sales last year…

The Common Home Plan (or any version of avoiding the environmental crises) is a massive engineering job. A new heating system, a new electricity system, a new transport system, entire new supply chains. If we do it right, engineer it properly, we do it once and it lasts 200 years. That’s our generation’s challenge.

You’ve been told Scotland’s days of engineering excellence are over and that we’re a nation of financiers now. You know that because financiers spend a lot of money to make you believe it.

But honestly, if I never hear another word from the financial sector again I couldn’t be happier. These glorified piggy banks became cartels and casinos and have gaslighted politicians into believing the economy revolves around them. That’s why we’ve had that same basic election manifesto from every party for 30 years.

I now believe very firmly that a large part of Scotland’s future must be to rediscover the principle of ‘Clyde-built’. In combination with building ourselves up as a centre of excellence in environmental product design and creating a powerful recycling, remanufacturing and advanced wood materials industries, high-quality long-lasting products made properly in Scotland for Scotland has to stop being a folk tale.

Then we can replace our low-pay, insecure army of sales assistants flogging you things you shouldn’t need with an army of properly skilled, properly paid repair engineers making sure your washing machine is the best washing machine you could buy, forever.

Don’t underestimate what this means; this is a fundamental challenge to our economy as it is now. It would redistribute wealth through good jobs while reducing our negative impact on the planet to nearly zero.

And it would do something else. If we ‘lease better’ rather than ‘buy worse’, all the products in our lives become better. We stop cutting corners to save tuppence on a purchase price and so everything looks better, works better. We live like millionaires, always the best of stuff.

If we are to escape the decline we’re in both in Scotland and the world we need to start telling different stories about ourselves. Saturation advertising and marketing has trained us to believe we’re just shoppers who work to fund our shopping.

That we can be creators who do it to a higher quality and benefit everyone (except corporations) in the process is a story we need to tell again. It will give us confidence in our future, in our nation. It is a realistic future and we have to stop those banks and those shopping malls from drowning it out.

I realise the reason our launch event caught me on the hop. I realise that when I started the project I didn’t know enough about the shape of the future. I’ve lived with this so long I guess I absorbed it too much.

Those who came along have been told we ‘must do something’ and sold targets and stunts without action or vision. They’ve been told nothing about ‘if not this, then what?’. That we can save the future buy building better isn’t a message many people have heard yet.

It’s time to tell it. It’s time to make that Clyde-built attitude the saviour of Scotland. It’s not nostalgia, its our future.

From how UK banks create money to how they managed to lose so much of it in the last crisis, there are some persistent misconceptions that must be challenged. A bank’s privilege is not only its ability […]

What a Green industrial policy would look like Mariana Mazzucato  the founder and director of the University College London Institute for Innovation and Public Purpose. Mariana is also an IPPR Trustee. Cross-posted from IPPR The […]