That the Euro was mistakenly constructed seems to be consensus, but no one seems to be willing to change this. We are already seeing the effects: the rise of far-right parties in the EU, not to mention it slowly falling apart. 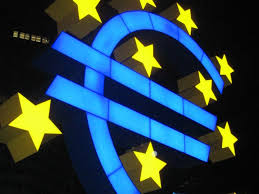 The euro crisis is far from over. The tough austerity measures imposed in the eurozone has made economy after economy contract. And it has not only made things worse in the periphery countries, but also in countries like France and Germany. Alarming facts that should be taken seriously.

The problems — created to a large extent by the euro — may not only endanger our economies, but also our democracy itself. How much whipping can democracy take? How many more are going to get seriously hurt and ruined before we end this madness and scrap the euro?

The ‘European idea’—or better: ideology—notwithstanding, the euro has split Europe in two. As the engine of an ever-closer union the currency’s balance sheet has been disastrous. Norway and Switzerland will not be joining the eu any time soon; Britain is actively considering leaving it altogether. Sweden and Denmark were supposed to adopt the euro at some point; that is now off the table. The Eurozone itself is split between surplus and deficit countries, North and South, Germany and the rest. At no point since the end of World War Two have its nation-states confronted each other with so much hostility; the historic achievements of European unification have never been so threatened …

Anyone wishing to understand how an institution such as the single currency can wreak such havoc needs a concept of money that goes beyond that of the liberal economic tradition and the sociological theory informed by it. The conflicts in the Eurozone can only be decoded with the aid of an economic theory that can conceive of money not merely as a system of signs that symbolize claims and contractual obligations, but also, in tune with Weber’s view, as the product of a ruling organization, and hence as a contentious and contested institution with distributive consequences full of potential for conflict …

Now more than ever there is a grotesque gap between capitalism’s intensifying reproduction problems and the collective energy needed to resolve them … This may mean that there is no guarantee that the people who have been so kind as to present us with the euro will be able to protect us from its consequences, or will even make a serious attempt to do so. The sorcerer’s apprentices will be unable to let go of the broom with which they aimed to cleanse Europe of its pre-modern social and anti-capitalist foibles, for the sake of a neoliberal transformation of its capitalism. The most plausible scenario for the Europe of the near and not-so-near future is one of growing economic disparities—and of increasing political and cultural hostility between its peoples, as they find themselves flanked by technocratic attempts to undermine democracy on the one side, and the rise of new nationalist parties on the other. These will seize the opportunity to declare themselves the authentic champions of the growing number of so-called losers of modernization, who feel they have been abandoned by a social democracy that has embraced the market and globalization.

Great article — and it actually confirms what Wynne Godley wrote more than twenty years ago:

If a government stops having its own currency, it doesn’t just give up “control over monetary policy” as normally understood; its spending powers also become constrained in an entirely new way. If a government does not have its own central bank on which it can draw cheques freely, its expenditures can be financed only by borrowing in the open market in competition with businesses, and this may prove excessively expensive or even impossible, particularly under “conditions of extreme emergency.”

If Europe is not to have a full-scale budget of its own under the new arrangements it will still have, by default, a fiscal stance of its own made up of the individual budgets of component states. The danger, then, is that the budgetary restraint to which governments are individually committed will impart a disinflationary bias that locks Europe as a whole into a depression it is powerless to lift.

Antonio Lettieri – Migrants and the long night of Europe

Closing itself in a fortress, under the hegemony of the Franco-German axis, Europe is self-condemned to a progressive irrelevance in a world in which migration is a permanent feature of modern history. Antonio Lettieri is a […]