A Christmas message from Scotland’s Robin McAlpine. It is one we universally  share. Either we grasp the reality we are in and pull together, or much, much worse is to come. Although we do our best to oversee it, we have more in common with each other than with the ruling class. 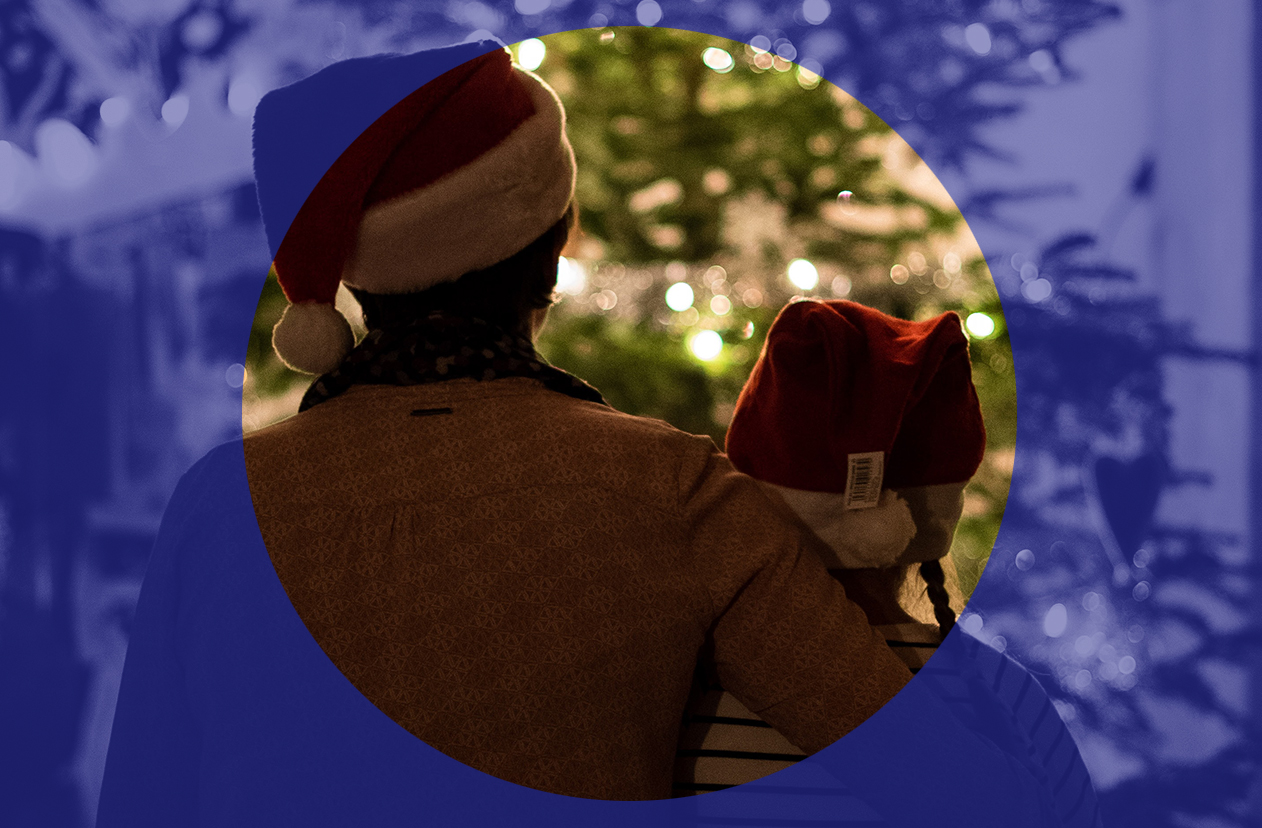 A YEAR in which there has been a lot of talk of ‘being kind’ ends with a festive season usually dominated by a spirit of the same – and yet with poverty statistics showing little sign of this much-heralded kindness, are we now at risk of being immune to all this talk of empathy?

That is sadly the experience of the psychology of disasters – the initial impact brings us together, but as the shock passes that initial driver of solidarity fades unless something is done to sustain it. In the crisis we are selfless; later, among the ruins, we can quickly become the opposite.

This would be a terrible, terrible shame. It is not just disasters which we deal with best through collectivity and empathy, but all adversity. Solidarity isn’t just something we experience as ‘nice’ – it is a cold, hard strategy for making things better.

I was reminded of this recently when filming for a Darren McGarvey documentary on poverty and the working classes. As we were chatting, I made the fairly standard point (for a sociologist) that almost all the things that have most benefitted the working classes were things we did as we moved together as a society (the NHS, social housing, employment rights).

It is their shared, universal nature which makes them so powerful. We’re all bought into them, rich and poor, because they benefit us all. But they benefit the poor by far the most. (It’s not that working class organising wasn’t important, but when there is outright conflict it is almost always the powerful who end up winning.)

Darren reacted as if this was something no-one says any more. The entire political narrative is that if someone wins, someone else must lose. Sure it is – because we’re living in an era of right-wing politics. What we call ‘the centre’ is what we used to call ‘the right’.

In fact, among the most divisive figures in political debate are the centrists. They believe that people to their left and right are morally inferior and that people below them in social status are simply inferior.

It is a managerial class uninterested in debate or discussion with those who don’t think and behave like them. Look at the banking crisis. Look at Brexit. Look at the treatment of the Labour left. Look at the Growth Commission. Look at how they demand that people who don’t talk and think like them should be criminalised through moves like the Hate Crime Bill.

It is they who created the language of perpetual conflict – economic reform is always set against ‘prosperity’, environmental reform against ‘someone’s job’, social reform against ‘balanced budgets’. Everything is threat in a world of winners and losers.

And so it comes to Scotland. In one day on Source a couple of weeks ago two magnificent articles showed the impact of this. Angela Watt explained how communities become the enemy when they try to organise for themselves. Nick Kempe explained how easily the governing class can turn a blind eye to vulnerable people in care homes (both are essential reading and if you missed Nick’s piece, you should make time).

If you think that senior policy-makers really believe that a ‘junkie’ is as much of a citizen as a corporate lobbyist, then you will never really understand the truth of Scotland’s shameful drug death statistics.

Yes, I’ve had moments of growing anger this year and I know I’m not alone. But this is Christmas, and I know the limits of the value of anger. I have based my politics on solidarity not to be nice, but because I know empirically that it works.

Forget what you’ve heard – if every single Common Weal policy was implemented, no-one would suffer and many would have their lives transformed. Edinburgh’s financial elite would still have wonderful, comfortable lives. Big businesses would still make a decent profit out of Scotland.

Common Weal isn’t driven by hate or anger in any way. We don’t hate landowners, we just want a lot more of them (and for them to do the right thing). I want to end driven grouse shooting not because I hate gamekeepers, but because I know they could have a much better life managing productive land which would pay them much more than the poverty wages they receive.

Far from being suspicious of Scotland’s business sector, we’ve spent the whole year singing their praises, batting in their corner. I don’t want you to lose your creature comforts as we tackle climate change, I want even more for you in a circular economy.

I certainly don’t hate No voters and I never dismiss their views. I just want to make sure that, if independence campaigners are successful, we gift those who didn’t agree the best future we possibly can.

Because this isn’t soft or floppy. There are binary choices where both sides can’t win. There are times when people absolutely must pay a price for their actions – no peace without justice.

But life is not one decision, it is many. If we can recognise that we will lose sometimes but that the totality of what we gain – as a community, a society, a world – is worth more than what we lose then we can still move forward together.

It is human nature to look for threat, to feel challenged when we’re not agreed with, to fear that things will be taken from us. It drove Thatcher, the War on Terror, austerity and is reaching its logical conclusion in the rise of populism.

We’ve lost our way and we need to find our way back. Nothing good has ever come from hearing an idea, a hope, a feeling, a vision and first looking for how it might be an attack. Those awful stress hormones are sadly addictive and draw us further into our belief that ‘the other’ is the problem in our life.

It isn’t. The problem in our life is us if we believe this to be true. I’m no better than anyone; I can head down a rabbit hole of suspicion and doubt and fear and anger. God knows I can lash out – I grew up in a culture where problems were dealt with through fist fights outside pubs.

I’ve been lucky. Because of my family, my education and my career, I’ve learned the alternative. There is no branch of science that doesn’t tell us that we do better when we do it as a community, when we try to help each other not beat each other. When we move forward together we truly move forward; when we move forward alone we go round and round in circles.

If you have children or can remember being one (and were lucky enough to be in a happy family), think about that genuine, overwhelming feeling of joy when a child sees gifts on Christmas morning. It is a joy stripped of hate and devoid of suspicion. Our fear that someone is getting one over on us is banished.

I can explain the neuroscience of this, the sociology, the politics – but it is as well simply to remember the strength of the feeling. It feels strong because it is strong, and it is a myth that we can only draw on this strength once a year.

If you think this is just me drunk on the joy of my children’s excitement (and the thought of a break at the end of a year that has taken a toll on everyone), then remember that when we started Common Weal, we chose a slogan that encapsulated what we’re for and how we want to be: All Of Us First.

The year ahead will not be easy. It will be harder if we forget that feeling we felt in April when we overwhelmingly cared for each other, and that I sincerely hope you will feel again this festive season. But we can achieve so much more if we take that feeling with us.

Thank you for all your support this year. Thank you to my wonderful team and all our amazing contributors. Thank you more than I can express to the people who put their lives on the line this year to get us through it. Thank you to every person whose humanity kept me connected to the reason Common Weal exists.

Whatever this midwinter brings you I wish you joy – and the promise of spring.

David Shirreff – Positive Money severely tested in Switzerland: A welcome debate on reforms to the way credit is created faces a Swiss vote

Today Switzerland is holding a referendum concerning banking and the creation of money. BRAVE NEW EUROPE is posting two contrary articles in response to a piece in the Financial Times by MartinWolf on the topic […]

Neil Dooley – The European Periphery and the Eurozone Crisis

European elites have argued that ‘peripheral’ Eurozone states such as Greece and Ireland must ‘follow the rules’ if they are to secure sustainable economic recoveries. The problem is that ‘following the rules’ of European integration […]

Paul Atkinson – The Policy Dynamics of COVID-19: What Science Can and Cannot Do

The UK government’s rhetoric about ‘following the science’ in responding to COVID-19, if taken at face value, shows a worrying misunderstanding of what science is and how it best supports policy, writes Paul Atkinson. Paul […]