Italy has paid for certain ill-advised policies of the ECB – influenced by Berlin, the dominant power in Europe – with dozens of points of additional debt/GDP and finding itself ever poorer, while Germany symmetrically gained.

In my book Heterodox Challenges in Economics, I denounced the enormous savings in interest expenditure that the German government made in the first part of last decade from the flight of capital from Italian government bonds to German ones, which were considered safer. A German institute quantified this saving at 100 billion euro. I also quoted the influential German member of the ECB’s executive board, Isabel Schnabel, who quantified in February 2020 the savings for Berlin at €400 billion from 2017. This was not only, of course, the result of the flight from Italian bonds, which had gradually calmed down since Draghi’s famous pronouncement in July 2012, but above all because of the public bond purchase measures initiated by the ECB since March 2015. These purchases were mainly aimed at rescuing highly indebted nations, such as Italy. But since the ECB has to act erga omnes, German bonds benefited as well. In short, advantages from the misfortunes of others, perhaps not expressly sought, were nevertheless laid at Germany’s door. In addition, Berlin was the main inspiration for the ECB’s unfortunate fiscal policies and inaction until Draghi’s presidency in late 2011, but in fact even afterwards, continuing to hold back the central bank’s actions (let alone a proactive European fiscal policy).

A paper by Athanasios Orphanides, a former Cypriot central banker and prestigious monetary policy scholar and professor at the Massachusetts Institute of Technology, reinforces these considerations. Although dated 2018, the paper advances observations that are highly relevant to the current European debate.

As is well known, unlike other major industrialised countries, European economic governance is based on the sole pillar of monetary policy, relegating fiscal policy to a series of constraints that mortify its use to counter the economic cycle and adjust the infra-EU structural unbalances. However, unprejudiced economic theory would suggest that this separateness is artificial: “Almost every action of the central bank has fiscal consequences”, Orphanides points out, quoting another important economist and central banker (and Draghi’s American mentor), Stanley Fischer. In this respect, it becomes questionable that monetary policy is removed from the democratic control of parliaments, making central banks “independent” on the basis of debatable economic theories. Orphanides does not challenge this independence head-on, preferring to question it on another level: if monetary policy has fiscal consequences, and since it is unanimously recognised that budgetary decisions are a matter for parliaments, it becomes questionable that an autonomous institution can influence the public budget by deciding what to do or not to do outside democratic control:

“Highlighting the tremendous fiscal consequences of what may at times be purely discretionary monetary policy decisions could raise questions as to whether it is appropriate for unelected central bank officials to yield such powers. In democratic societies, fiscal matters are recognized as the responsibility of elected governments.”

The independence of central banks in conducting monetary policy has been justified to prevent its abuse once left in the hands of governments whose horizon do not extend beyond the next election. However, argues Orphanides:

Unfortunately, the dominant economic model allocates a central role to the central bank, which is assigned the role of “benevolent king or dictator”. In this role, the central bank can arrogate to itself the right to judge whether the actions of democratically elected governments are in line with its economic model, and if not, to take punitive measures to bring governments back into line, perhaps forcing them to implement the ‘structural reforms’ it holds dear (the memory of Italian readers goes perhaps to Draghi and Trichet’s famous letter to the Italian government in August 2011 prescribing fiscal austerity cum reforms). But, Orphanides wonders:

“As appointed technocrats, central bankers must be careful not to overstep the boundaries of their legitimacy by exceeding their responsibilities and abusing their discretionary authority. In a democracy, it is improper for central banks to deviate from their narrow objectives by invoking “moral hazard” or the need to “discipline” the governments/states they were created to serve. Such behaviour would degrade democracy and undermine the purpose of central banks as independent institutions.”

But then, what are the fiscal effects of monetary policy that Orphanides talks about?

Monetary policy has fiscal effects through its influence on the interest rate the government pays on public debt. To simplify a bit: the development of the public debt/GDP ratio depends strongly both on the average interest rate on the debt and on the growth rate of income. The first rate influences the growth of the numerator (high interest expenditure can lead to new debt); the second rate affects the change in the denominator (relatively high income growth also increases tax revenues). Thus, interest rates lower than GDP growth decrease the debt ratio. In this case, however, instead of decreasing the debt ratio, the government could simply stabilise the debt ratio while increasing government spending (essentially using the lower interest costs for spending in investment and social consumption instead for debt reduction). Such a policy will generally have positive effects on growth without increasing the debt-to-GDP ratio.

Alas, the central bank might object to this policy: instead of lowering the debt ratio and carrying out reforms (e.g. by cutting certain social spending) this government is going in the opposite direction, so better not to favour it. In the words of Orphanides:

The first example Orphanides provides is that of Japan, which even before the financial crisis did not act with the necessary decisiveness in buying government bonds to lower long-term interest rates on public debt, thereby favouring its explosion. The fact is that the Bank of Japan saw a more accommodating policy as a disincentive to reform. Another argument, which arouses indignation, is that a policy of supporting government bonds would have entailed a risk of losses in the Bank’s capital, thus putting purely accounting reasons before the interests of the country (central banks also function perfectly well with negative capital). Unfortunately, this type of argument is also heard north of the Alps.

The case of the ECB

Orphanides considers the ECB “the most independent and least accountable central bank ever created”. It was only in 2015 that the ECB began to actually support eurozone government bonds – Draghi’s ‘whatever it takes’ in 2012 was in fact a mere threat of intervention subordinated, moreover, to fiscal restraint measures for the ‘assisted’ country. In the Italian case, Orphanides recalls how the country has shown in the past twenty years primary budget surpluses (net of interest expenditure) that are generally better than those of Germany, and considerably better than those of Japan. Unfortunately, such fiscal virtuosity – which has cost Italy a lack of growth in output and productivity, as well as cuts in social spending – has been rewarded by the ECB with “decisions that have unnecessarily worsened the differential between growth rates and interest rates in Italy, while they have improved the corresponding conditions in Germany”. If you remember what we explained above (and reverse the argument), if interest rates exceed growth rates the country finds itself in a vicious circle of debt growth and income decline.

Not that Draghi was unaware of this, but he felt his hands tied by the rules that the Treaties dictate to the ECB. In a famous speech at the Jackson Hole central bankers’ meeting in August 2014 (Stanley Fischer was likely there) he said that the support that fiscal policy could provide for the faster recovery in the US and elsewhere

“reflects the fact that the central bank in those countries could and did act as a backstop for government financing”.

This was an outright rejection of European economic governance as enshrined in the treaties. The ECB has indeed changed somewhat in recent years (and Draghi deserves credit for that), and both its economists  and the revised monetary strategy adopted last July do not fail to recall the need for cooperation between fiscal and monetary policy.

Although the accusation of failure should therefore be levelled at European governance as a whole and not at the ECB, which is ultimately the only proactive player in European economic policy, the fact is that, as denounced at the beginning of this article:

“a shift in relative demands for euro-denominated government debt away from “weak” governments to “strong” governments, inducing an indirect fiscal transfer in the form of a risk premium for “weak” sovereigns and a safe-haven subsidy for “strong” sovereigns.”

It is said that according to Alfred Marshall, one of the founders of the prevailing marginalist theory, “Bygones are forever bygones” in political economy (an expression that is colourfully translated by Napoletans in “Chi ha avuto, ha avuto, ha avuto… Chi ha dato, ha dato, ha dato… Scurdámmoce ‘o ppassato, Simmo ‘e Napule paisá!”). In the light of the ongoing debate on the revision of European economic governance (Parturient montes, nascetur ridiculus mus,4 if it goes well, worse rules if it goes badly), and of a possible return of the ECB from accommodating policies very harmful for Italian public accounts, to weigh the past, even to make it known to the public opinions of Northern Europe, is perhaps not useless. Italy has paid for certain ill-advised policies influenced by the dominant power with dozens of points of additional debt/GDP and finding itself even poorer, while that very country symmetrically gained: this should not be forgotten politically.

Postscript: After this article was published in Italian, we read the cynical declarations by the just appointed new German finance ministry Christian Lindner that Greek impressive and successful reforms are an example even for Germany (here). Not a promising (albeit expected) beginning. We shall have fun in Europe! 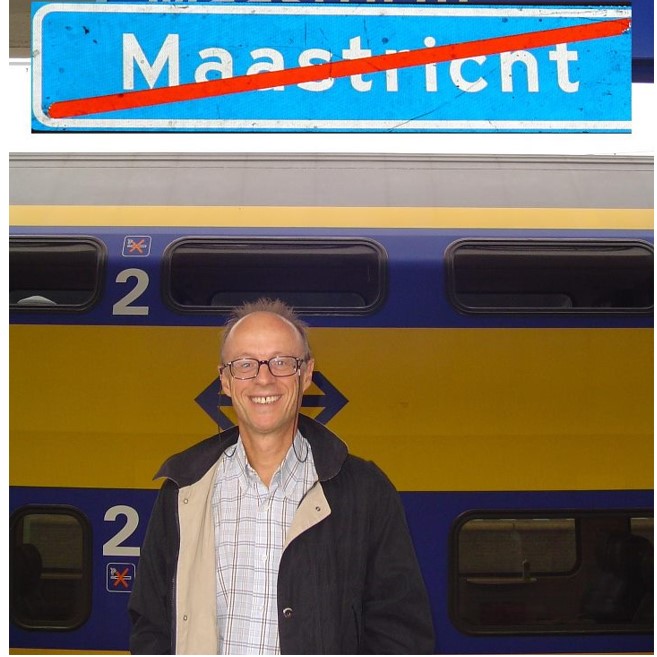 Join Sergio and many of our authors and donate HERE

Pietro A. Shakarian – How Russians Read the Conflict in the Caucasus

The developments in the Caucuses are no less dramatic than in Ukraine. And once again the German and EU hypocrites are up to their necks in it. Pietro A. Shakarian is a Postdoctoral Fellow at […]

It all comes down to the fact that we have a capitalist class that is extremely aggressive and has things under control. Thomas Klikauer teaches at the Sydney Graduate School of Management at Western Sydney University, […]

Regulation gets a bad name in much of the world today; business lobbies have successfully equated it in many people’s minds with just so much “red tape”. But the need for stronger, and more precautionary, […]