On the contrary, the new capitalist variant may look much like the old

Stewart Lansley is a visiting fellow at the University of Bristol, a Council member of the Progressive Economy Forum and the author of The Richer, The Poorer, How Britain Enriched the Few and Failed the Poor – a 200-year history, Bristol University Press, 2021 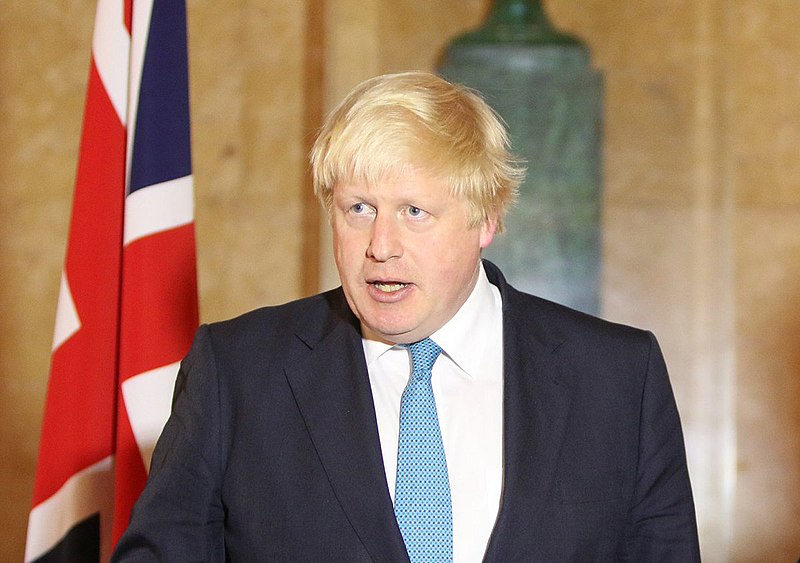 Shortly before the 1979 general election, Labour’s prime minister, Jim Callaghan, warned of a “sea-change in politics” in favour of the anti-welfare agenda of Margaret Thatcher. Today there is much speculation of a similar ‘philosophical shift’ away from the anti-state, neoliberal politics of the past decade, a view reinforced by last month’s budget.

The past century has already seen two tectonic about-turns in governing philosophy. The first was the post-1945 social democratic experiment and the second was the Thatcherite counter-revolution from the early 1980s. It is this second type of politics that the pundits think is on its way out.

There is no question that COVID-19 has had a galvanising impact on the role of government, with elements of the pro-market, anti-state rule book being torn up in favour of an unprecedented, for peacetime, state response to support jobs and incomes, and a hike in public spending and levels of tax. But do these shifts herald a more fundamental change in direction or a mere political tweak, a temporary, pragmatic response to a national crisis? As Robert E Lucas, one of the Chicago-based high priests of the post-1980s market revolution, once observed, ‘we are all Keynesians in a foxhole’.

There is no better litmus test of whether we are set for a new governing paradigm and a better post-COVID society than what happens to Britain’s deep-seated social and economic divide. In the past four decades, a surge in inequality has been accompanied by a doubling of the rate of poverty. If a post-Thatcherite or post-neoliberal shift were now taking place, we would expect to see clear measures to counter these trends in inequality and poverty.

A vital plank of a more effective attack on poverty must be a major restructuring of the benefit system. Next year is the 80th anniversary of the 1942 Beveridge Report, yet at least three of his five giants – want, ignorance and squalor – have yet to be abolished. Despite a slight modification to the Universal Credit system in last month’s budget, Britain’s social security system is still mean, patchy and punitive. In some ways, the dark shadow of the Victorian ‘poor law’, more anti-poor than anti-poverty, remains a key driver of modern social policy. The number of people claiming welfare support is still lower than in most other European countries, while in the past decade, more than five million state sanctions were imposed on benefit claimants, two-thirds of whom were left without an income. At one point, the Department for Work and Pensions was levying more fines through local job centres than the mainstream justice system.

At the other end of the economic spectrum, countering today’s normalisation of poverty would require action on wealth, to achieve a more even division of the gains from economic activity. Private wealth holdings in the UK are worth around £15trn, some seven times the size of the economy and are much more heavily concentrated at the top than in the case of incomes. One of the most relevant measures of inequality for policymaking, the Palma ratio, stands at around ten for wealth, with the top 10% holding a remarkable ten times more wealth in aggregate than the bottom 40%. A large chunk of today’s personal wealth piles are unearned – some three-quarters of the growth in UK wealth holdings since the 2008 financial crash is the product of asset inflation, a classic example of what the 19th-century philosopher, John Stuart Mill, reproachfully called, ‘getting rich while asleep’.

An effective anti-poverty and pro-equality strategy should be built on a new system of asset redistribution that gives all citizens direct access to the gains that wealth ownership brings. One route would be to build a collectively owned Citizen’s Wealth Fund, owned by all on an equal basis. All citizens would have an equal stake in the economy creating a new route to capital for all. The fund would pay a regular and equal citizen’s dividend, initially one a year but more often as the fund grows in size. Such a fund offers a vision for a much more secure social future, and one that could be financed from a mix of sources: the issue of long-term government bonds, the transfer of several highly commercial state-owned enterprises, such as the Land Registry and the Ordnance Survey, and by a modest increase in taxes on wealth.

Despite the talk of a new capitalism and a new politics, none of these strategies is close to the political agenda, while there is no serious thinking taking place within government or Whitehall on a vision for a post-crisis society. Contrast that to the war years. In the five years to 1945, alongside the Beveridge blueprint for social security, there was a flood of reports, action and legislation, bipartisan and progressive reforms on schooling and child care and a new strategy on how to achieve full employment.

There are other reasons to be sceptical of a full-blooded ‘2021 turning point’. A big-state and pro-equality agenda is not playing well with the gut instincts of the Conservative Party’s support base, or several cabinet ministers. And pro-inequality thinking – that, despite the evidence for the opposite, large gaps are needed for economic dynamism – remains deep-seated on the Right.

In contrast to rising levels of job insecurity and weakened life chances for many, the pandemic has proved to be another bonanza for large groups of the already rich and affluent. Little more than bits of patching seem to be on the horizon. As the Italian writer and political theorist, Antonio Gramsci, said of the 1930s, “The old is dying and the new cannot be born.” In the early days of the pandemic, the former editor of The Daily Telegraph, Max Hastings, declared that “The present crisis seems destined again to change the face of Britain, unleashing demands for social, political and economic reform unprecedented in our memories […] The polo season, figuratively speaking, is over.” A year on, Polo players can stop fretting; the likely outcome is that a post-COVID society will look much like the old.

Wolfgang Knorr: Trickery in Climate Neutrality – How Net Zero is Secretly Being Redefined

The crux is that corporations and governments will leave out no tricks and lies to give the impression that we are well on our way to halting climate change, while doing too little or nothing. […]

Henrik Kjellmo Larsen, Eleanor Gordon – Out of Sight, Out of Mind?

Another EU failure, not only for those held in the camps, but also for the values that define Europe Henrik Kjellmo Larsen is a PhD Candidate at Monash University Eleanor Gordon is a Senior Lecturer […]