Once again just an incremental step by the EU. We are still far from tax justice.

The Tax Justice Network is an independent international network whose core mission is to ‘change the weather’ on a wide range of issues related to tax, tax havens and financial globalisation. 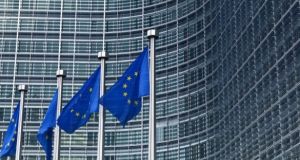 An EU trialogue agreement was reached today on country by country reporting after months of negotiations. Responding to the agreement, Alex Cobham chief executive ate the Tax Justice Network said:

“The EU trialogue’s shot at tax transparency has rattled multinationals’ woodwork but failed to score the goal the world urgently needs right now. It’s a step forward because the EU has formalised its commitment to make at least some of the largest multinational corporations publish at least some of their country by country reporting data. While this may not go far enough to finally lift the lid off of hundreds of billions in global corporate tax abuse, the EU has broken the taboo over requiring any publication of this data. The EU just showed everyone even a corporate giant can disclose.

“Country by country reporting1 data reveals how much profit is being shifted into tax havens, which multinational corporations are shifting it and which tax havens are reaping it. Making the data public in its entirety is crucial if we want to hold multinational corporations like Amazon and corporate tax havens like the Netherlands accountable for their abuses. Previous publication of even limited country by country data from EU banks has already been shown to deter EU banks from profit shifting and significantly increase their tax payments.2

“The trialogue was characterised by shameless lobbying by companies that benefit from financial secrecy – the French government’s position was even revealed to have been directly written by lobbyists, and the outcome reflects that entirely.3 Deliberately engineered loopholes mean that many multinational corporations will choose not to report, so there will be no level playing field. The data that does get reported for EU countries, and the tiny jurisdiction on the ‘non-cooperative list’ is less than what is already required by the OECD’s water-down standard for private reporting to tax authorities – making compliance more expensive and the results less useful.

“The biggest weakness though, is that European policymakers have caved in on the principle of country by country reporting itself – by ensuring that data will not be published for the majority of countries in the world, including many of the major corporate tax havens. That makes the data less useful for the EU, and almost entirely without value for the lower income countries that are still struggling to access the data even privately.

“As we’ve seen so often at the EU, and may see again at the G7 later this week4, a group of rich countries is using their power to set tax rules in a way that exacerbates the global inequalities in taxing rights faced by lower income countries. To deny this transparency data to the countries that already lose the highest share of tax revenues to corporate tax abuse,5 often committed by EU multinationals and using EU tax havens,6 is shameful.

“To do it during a worldwide pandemic, with public health systems under extreme pressure and the paint still wet on the commitment to ‘build back better’, is simply unconscionable.

“The EU, however, has opened the door for other countries to go further. Such a move is now being considered by the US Congress and SEC, and the legislation already exists in the UK – albeit unused. More importantly, however, lower income countries should act to require publication of this data as a basic requirement of access to their markets. The UN FACTI Panel made this a key recommendation in their final report on the reform of international tax rules, and there is no reason to delay.”

Heiner Flassbeck, Friederike Spiecker – The Reward for Wage-Cuts is Disaster

There is no return to pre-crisis normality. The new lessons must be learned quickly, otherwise an economic catastrophe is imminent. The course must now be set correctly, especially with regard to debts and wages. Heiner […]

The world has a problem with Germany. In Germany, however, people are completely unwilling to admit it. Germany has become a prime example of collective cognitive dissonance. Heiner Flassbeck is an economist, as well as […]

National sovereignty provides the solution to the disastrous geopolitics that flow from the failure of cosmopolitan globalism Philip Cunliffe is Associate Professor of International Relations · UCL Institute for Risk and Disaster Reduction (IRDR). He […]