Setting the record straight and identifying less destructive pathways forward than round after round of interest rate increases. 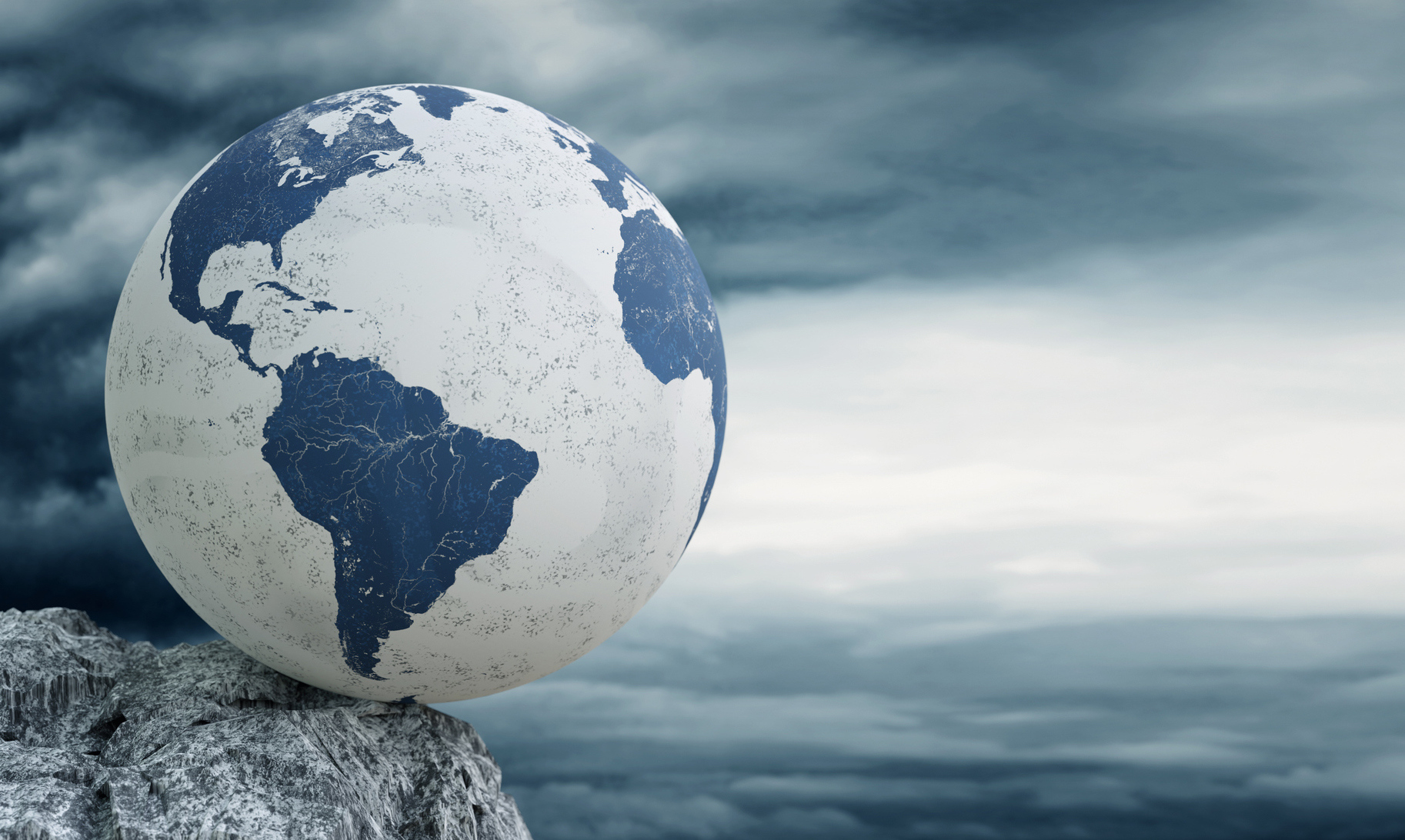 Economic history is full of episodes in which inflation triggered both intense social conflicts and heated debates among economists and policymakers over its causes. The present worldwide upsurge in prices is no exception: from the moment governments and central banks first contemplated how to protect their citizens from COVID, inflation hawks and doves divided over whether the measures would touch off an inflationary price spiral.

The arguments intensified as government relief packages swelled and central banks not only supported those but embarked on gigantic programs of quantitative easing to buttress swooning financial markets. In the U.S., discord reached a fever pitch as the incoming Biden administration brought in what became its $1.9 trillion relief package in early 2021. Not only analysts allied with Republican administrations, but prominent Democratic economists predicted disaster, arguing that the Biden relief package, taken together with an earlier December 2020 relief package, was far too large for the likely demand shortfall that the administration intended to offset – and therefore would very likely generate a surge in U.S. inflation.

We underestimated the extent to which inflation would become a problem. So, we undertook a review to figure out why we missed the turn and get a sense of what policy should have been. As we scrutinized the data it quickly became plain that the conventional wisdom that roots the inflationary upsurge in the Biden stimulus is seriously deficient. What is now trumpeted as a triumph of insightful economic analysis is really something else. It looks more like the fabled case of the broken clock that eventually tells the correct time: That, in other words, after being so wrong in the financial crisis of 2008 and the ensuing Euro crisis, inflation hawks finally got lucky for reasons they have not correctly identified to this day.

Our new INET working paper thus undertakes a fresh analysis of the U.S. inflation experience since COVID in hopes of setting the record straight and identifying less destructive pathways forward than round after round of interest rate increases.

The discussion is organized as follows. The first section begins by retracing inflation’s time path in the United States. This lays out benchmarks and GDP data that sets the stage for our analysis in section 2 of whether the observed pattern of price rises is consistent with claims about the role of the Biden stimulus in generating excess demand. Scrutiny of inflation’s course also prepares the way for the discussion in later parts of our paper of how the twin crises of 2022 – the outbreak of war in Ukraine and the off-the-charts weather extremes that so much of the world experienced – have dramatically recast the problem of inflation going forward.

Section 2 presents our critical analysis of the claims about the Biden stimulus. Our demonstration of their spuriousness proceeds in three steps. First, we build on section 1’s discussion of inflation’s course to show how outlandish are notions that rounds of federal (and state-level) pandemic relief spending somehow fueled mighty bursts of consumer demand. The two key data series – stimulus spending and inflation – move dramatically out of phase. While the first ebbs quickly, the second only surges.

Other studies underscore our conclusion. For instance, according to the Brookings Institute Hutchins Center Fiscal Impact Measure, fiscal policy has been a drag on U.S. economic growth from the second quarter of 2021 onwards, driven by the waning effects of the pandemic relief spending, a rise in federal and state tax collections and declines in real federal, state and local purchases. It is obvious that the fiscal drag on U.S. economic growth coincides in time with rising PCE inflation, directly contradicting claims that the Biden stimulus was a major driver of accelerating inflation. Other sources show that American households spent only a small fraction of their 2020 and January 2021 Economic Impact Payments (EIPs) within a couple of months of arrival and did not raise spending at all following the third round of EIPs in March 2021. Taken together, these findings should put to bed claims that the surge in inflation has been caused by Biden’s pandemic relief spending.

We then look at alternative explanations for the price rises. We consider in turn four supply-side sources of inflation: imports, energy prices, rise in corporate profit margins, and COVID. We believe discussions of COVID’s impact have thus far only tangentially acknowledged its importance. In particular, the analysis of its impact on low-wage labor markets in the U.S. has missed important implications of COVID’s continuing importance for wage patterns. The pandemic continues to wreak havoc in labor markets in complex ways that analysts and governments have yet to grapple with, not just directly but now also in the form of long COVID and COVID-induced complications to other illnesses.

Our conclusion is that these commonly cited factors played critical roles in bringing on and sustaining inflation, but they cannot explain all of it. There really is an aggregate demand problem when supply is constrained. This is a point we acknowledge we missed earlier. But the source of this surprise surge in demand was not federal government spending. It came from a feature of this inflation that no one has thus far spotlighted: the unprecedented gains in household wealth, particularly for the richest 10% of households, which we show powered the recovery of aggregate US consumption expenditure, especially from July 2021.

Analysts who have fastened on excess bank reserves generated by quantitative easing as the cause of this spending miss the key point: Reserves (and for that matter the money supply figured any number of ways) have long towered far over legal requirements. But with the waning of the vast Omicron wave of COVID, affluent Americans came out in force and started spending. They had not done this earlier, at virtually the same level of bank reserves.

Section 3 considers how the war in Ukraine and the climate shocks of the summer of 2022 have now added entirely new dimensions to the problem of inflation going forward. The outbreak of war in February had dramatic effects on prices for food, energy, and other important commodities, including fertilizers. More fundamentally, the western democratic countries’ sanctions on Russia, especially the restrictions on the use of the U.S. dollar, dramatically reshuffled existing military alliances and defense arrangements, not simply in NATO, but also in the Pacific. With friction increasing between the U.S. and China, the shifts in the military balance and alliances vastly accelerated evolving patterns in the global economy and the international relations system that until then were maturing at a glacial pace. This newly minted “New World Order” has profound implications for the reliability of global supply chains and patterns of demand, not least in energy. In our view, it implies a long period of intensified and irregularly variable pressures on supply chains that will keep interacting with COVID and climate extremes. Depending on how peripheral wars flare up and down, further changes in alliances and safe areas for commerce will disrupt trading patterns as parts of the world economy partially decouple from each other.

Our conclusion outlines how we believe policies for dealing with inflation have to change if the majority of the world’s population is not to be stressed to an inhuman degree. Our argument is basically that current inflation combines the worst of wartime price rises and the price cycles that wracked earlier agricultural societies. It responds only at an enormous cost to monetary policies because it arises mostly from supply-side difficulties.

Many of these pressures, unfortunately, will vary directly with the extent to which cooperation, rather than destructive competition prevails in the new, rapidly evolving system of international relations. Without serious efforts to restrain super-power interventions, arms spending, and resort to war, no inflation containment strategy is likely to work very well. If, somehow, the current drift toward a multipolar system with a bias toward intensifying conflict can be arrested, then inflation control will be much easier. But supply-side inflation can only be dealt with efficiently through initiatives that work on the supply issues, such as vigorous antitrust, tight limits on commodities markets, and other targeted (microeconomic) regulatory measures, together with major investments in public health and renewable energy.

Fiscal policy also has to adapt: to control supply shock inflation of the type the world is now fated to experience, existing explorations of ways to steady demand over the business cycle have to embrace much bolder macroeconomic measures to control over-spending when supply plummets or becomes more volatile. Some of these include measures in the spirit of (Keynes, 1940); another could be progressive consumption taxes.

What has to be avoided is precisely what is happening now, as central banks respond to the demands for protection from inflation by kicking interest rates up and up. That is a program that is guaranteed to undermine economic progress and, potentially, democracy itself. It makes about as much sense as raising rates in response to harvest failures in old-time agricultural economies.

Mathew D. Rose – Why the Far Right came to embrace the EU

What happened to the Far Right threat to the EU? Despite all the threats and resulting headlines it has disappeared. Probably because they may no longer be a threat to the EU, but the saviour […]

A good insight into the role of nationalism in politics and why hopey, changey liberal democracy has no political future. Patrick Cockburn is the author of War in the Age of Trump (Verso). Cross-posted from Counterpunch […]