The relationship between Britain’s current strike wave and Brexit.

Philip Cunliffe is Associate Professor of International Relations · UCL Institute for Risk and Disaster Reduction (IRDR). He is also one of the founding editors of The Northern Star

A rolling series of strikes across the railways, postal, border security, civil service, nurses and teaching sectors have predictably provoked a series of hysterical reactions from sections of the British press – the Daily Mail shrieking that Britain is in the grip of a ‘de facto general strike.’ In truth, by comparison with the so-called ‘Winter of Discontent’ in 1979-80 – let alone the General Strike of 1926 – Britain’s current spate of strikes is still limited, both in absolute terms and in sectoral terms, confined as it mainly to public sector and, in the case of the postal and railway workers, to now privatised, formerly public sector parts of the economy.

All the same, the fact that Britain is undergoing a spike in industrial unrest and labour militancy after decades of labour quiescence, apparently exceeding that of other Western states, needs accounting for. Although there is certainly enhanced labour unrest elsewhere – notably in the Netherlands and the recent railway strike in the US – Britain’s recent strikes stand out by virtue of their persistence and sectoral spread, beginning with the railways but since spreading to postal workers, nurses, paramedics, teachers, border personnel and driving examiners. Firefighters are also debating whether to go on strike, and academics remain locked in a long-running conflict with university management.

Doubtless some factors driving British labour unrest are similar to those elsewhere around the industrialised world. Workers are responding to squeezed living standards resulting from inflation and the energy crisis. Workers also instinctively feel that they have more bargaining power due to tighter labour markets. The lockdowns gave renewed public prominence, and occasionally even social affirmation, to a swathe of manual and menial jobs upon which society depends, even in the face of state-led efforts to suppress ordinary social life.

However, in Britain, there is the additional factor of Brexit. Nearly three years after formally withdrawing from the European Union, the critics and opponents of Brexit have refused to accept defeat, persisting in their denunciations of the greatest democratic upheaval in modern British history, and consistently attributing every dip in an economic index or pessimistic poll as evidence of Brexit’s pernicious effects. On this reading, labour revolt in Britain might be read as a response to the economic depredations of Brexit in making Britain poorer.

The problem with such an account is that the deep problems of the British economy – such as productivity growth that consistently lags behind comparator countries – are abiding ones that long predate Brexit. Equally, those parts of the economy most exposed to the aftershocks of Brexit, such as exporters to the EU – are not the sectors that are afflicted by industrial unrest. Remainer revanchism across the liberal middle classes is driven less by any actual ill-effects of Brexit than it is by the dire political performance of the governments that have ruled Britain since the country left the EU, and their abject failure to make anything of Brexit.

Nonetheless, by making the national arena of politics more meaningful, Brexit also makes industrial conflict and distributional struggles more meaningful, too. What the pessimistic interpretation of industrial strife overlooks is the fact that Brexit could be stimulating industrial unrest in a positive, and not merely negative, way. The simple fact of sovereignty itself may encourage industrial action by workers. The forceful separation of Britain from the EU politically isolates Britain’s governing class from its Continental counterparts, restoring the British government as a focal point for political responsibility and accountability. In other words, the British state is now seen as an institution worth putting pressure on. Since the covid pandemic and enhanced geopolitical rivalry has renewed attention on critical supply chains and the need for industrial policy and energy self-sufficiency, national problems can no longer be palmed off onto the global market. By the same token, since Britain left the EU, problems can no longer be deferred by ministerial forums and coordination ‘with our European partners’ in closed meetings in Brussels. Britain’s governing elite stands exposed. How can government respond to the crumbling national health service? How can government respond to its subsidised, fragmented railway system? How will government establish control of Britain’s borders? The strikes put pressure on Britain’s politicians that cannot be absorbed by the Single Market or diffused in European star chambers.

Sovereignty is an absolute gain of Brexit – and one that will not show up in any poll of exporters, snapshot of GDP or macroeconomic model. Given that Brexit began as a working class revolt at the ballot box, it should come as no surprise that three years after leaving the EU, Britain’s workers are still agitating for greater control over their lives and workplaces.

‘Brave New Europe is an invaluable service for those interested in independent, radical discussions – as well as answers – regarding global problems that confront us. Join me in donating and keeping BNE alive.’ 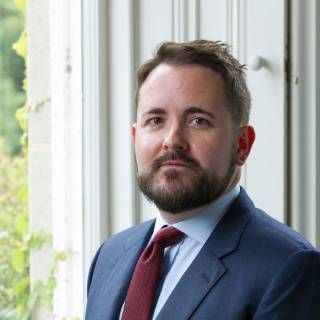 Economic growth remains the predominant policy goal in the UK.  Section 108 of the Deregulation Act 2015 requires that any person exercising a regulatory function must have “regard to the desirability of promoting economic growth” […]

This is the uncut version of the final chapter of my book, “The Case for People’s Quantitative Easing”. It was written May/June 2018, so is slightly out of date (though I have updated it in […]