Empirical examinations of the structures of power, and the nature of elites, are essential to any anti-capitalist and anti-imperialist movement. By deligitimising them, we undermine rather than strengthen the fight against racism.

Tom Mills is a socialist and sociologist. He is also a lecturer in Sociology and Policy at Aston University. His book, ‘The BBC: The Myth of a Public Service‘, is published by Verso.

David Miller is Professor of Political Sociology in the School for Policy Studies at the University of Bristol.

This article was first published in Ceasefire 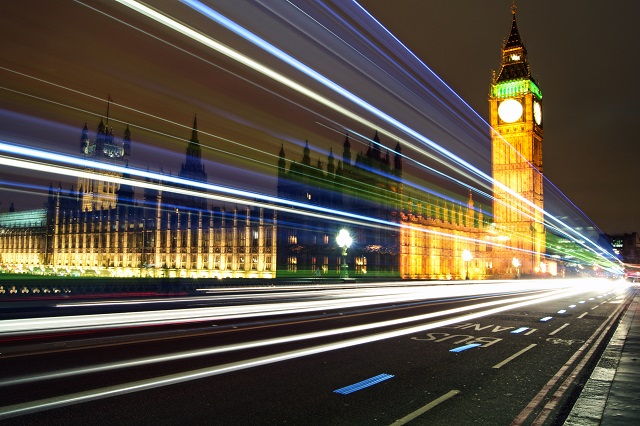 As part of its efforts to deal with allegations of antisemitism in the party, the Labour leadership recently launched an antisemitism minisite offering advice and educational resources to party members. In our view, this may signal a potentially more fruitful approach than the often haphazard and opaque disciplinary procedures that have predominated until now. Several years of significant disinformation and factional political manoeuvring seem only to have deepened the crisis in Labour and, if anything, weakened the fight against antisemitism. But we have serious concerns about the contents of the advice, which we think is sociologically problematic and has the potential to weaken the Corbyn project.

In this article, we want to take issue with one key aspect: the section that addresses the question of conspiracy theory. The advice warns Labour members against seeing capitalism and imperialism as the product of ‘plots by a small shadowy elite rather than a political, economic, legal and social system’. This, it says, is ‘just one step away from myths about Jewish bankers and a secret Jewish plot.’

In associating any analysis of actual elites with antisemitic conspiracy theory, this one sentence not only threatens to undercut a significant body of empirical research in sociology and history, but also undermines our ability to deal with current political realities. To take the latter problem first, we agree with Aditya Chakrabortty when he argues that ‘whatever the critics might allege, Jeremy Corbyn’s complaints about a rigged economy aren’t populism at all; they are a fundamentally accurate depiction of a vastly unpopular system.’

On the question of social systems, the obvious issue here, as one of us has argued previously, is that such systems (capitalism, feudalism, fascism) don’t exist merely in the abstract. This is clear in Marx’s writings, which combine an analysis of the abstract dynamics of capital accumulation with very specific analyses of political struggles and crises.

Social systems like capitalism, are developed and managed – and, in the case of feudalism and fascism, ended – by the actions of actual human beings; though perhaps not, as Marx famously wrote, in circumstances of their own choosing. So whilst capitalism is, of course, as the Labour party advice puts it, ‘a political economic, legal and social system’, this does not in the least invalidate the idea that it is shored up or changed as a result of practical actions by particular people and groups in specific contexts.

In sociology, the academic discipline in which we both work, the question of the relationship between structure and agency is a foundational puzzle. How should we understand the relationship between individual, and indeed collective, social action, on the one hand, and the rigid, seemingly unchanging brute facts of hierarchy and inequality on the other?

There is a long and venerable tradition that examines the structure of power in society, as well as how this changes or remains the same. In addition to the work of Marx and most Marxist sociologists – or, for that matter, those working in the Weberian tradition – are we now to ignore or hold in suspicion widely recognised classic works such as C Wright Mills’ The Power Elite (1956) or, in the same tradition, William Domhoff’s Who Rules America (1967), published in its sixth edition in 2017?

Here in Britain, eminent sociologists have trodden a similar path. John Scott has devoted much of his career to examining the ruling class. In his landmark work, Who Rules Britain, published in 1991, his conclusion, agree with it or not, was that:

Britain is ruled by a capitalist class whose economic dominance is sustained by the operations of the state and whose members are disproportionately represented in the power elite which rules the state apparatus. That is to say, Britain does have a ruling class.

Such a statement, if we are to take the Labour Party’s new advice seriously, must now be seen as being one step away from antisemitic conspiracy theory.

Another great sociologist who wrote about such matters was of course Ralph Miliband, the father of the former Labour leader, Ed Miliband. His excoriating study of the Parliamentary Labour Party, Parliamentary Socialism (1961), is still relevant today, and the arguments sparked by his The State in Capitalist Society (1969), a study of the British ‘state elite’ influenced by C. Wright Mills, remains a point of departure in sociology degrees up and down the country. Are we now to disregard influential works by this Jewish refugee from Nazism as part of the fight against antisemitism?

The tradition of examining power structures in sociology continues to this day, with most of the running being made by studies that grapple with the arguments over the extent of the transnational nature of economics and politics. We can note the work of the celebrated sociologist Leslie Sklair, who followed in Miliband’s footsteps working at the LSE. His very widely cited book, The Transnational Capitalist Class, examines the role of ‘social movements for global capitalism’ in many of the transformations of recent decades, including neoliberal reforms and, of course, the formation and development of the European Union. Are we also to disregard the books of this eminent sociologist, a Glaswegian Jew by origin?

As both Miliband and Sklair’s work show in some detail, capitalism is managed by actual human beings. Today these include politicians, corporate executives, central bankers, lawyers, investors, technocrats, lobbyists and PR people. Some are capitalists in the sense of owning, controlling or managing capitalist enterprises, but most are simply aligned politically with capitalists through their material stake in the system. This, incidentally, is why the term ‘elite’ (if used with sufficient clarity and precision) is useful, since it allows us to analyse capitalism not merely as an economic system composed of two classes, but as a complex social system organised in large part via states.

Many of the powerful people in the capitalist and imperial power structures in the UK and beyond are well known, but some are indeed ‘shadowy’ in the sense that they have relatively little public profile. Moreover, even the very public members of the elites (e.g. government ministers) have stage-managed public personas and will make key decisions in private when they feel they can. Noting this is obviously not antisemitic, and nor is it a step towards antisemitism. Neither, for that matter, is the discussion of ‘bankers’ or ‘financiers’, who are obviously central to contemporary capitalism.

Finally, it is worth mentioning specifically the role of certain organisations and groups usually referred to as ‘Zionists’ or the ‘Israel lobby’. That such organisations and groups in fact exist, and have, as we have previously shown, a certain amount of influence in some contexts, is obvious enough, and is something that can, and should, be examined empirically. Indeed, it is important we don’t find ourselves in a position where any mention of Zionism as a political movement, or the Israel lobby as a set of actually existing organisations, is immediately assumed to be an oblique or dishonest reference to antisemitic notions of Jewish power. The Israeli state, like any other, acts in line with its own perceived interests, and does so in alliance with other states, organisations and movements. The challenge is to integrate an understanding of such organisations into a wider analysis of contemporary capitalism and imperialism, and of course not to conflate them with Jewish people as a group, or to allow other racist ideas to cloud our thinking.

The Labour minisite warns against ‘theories [that] ascribe to Israel influence on world events far beyond any objective analysis.’ This sounds reasonable enough, but who then should be the judge of what is ‘objectively’ acceptable? More research on this topic would likely help the movement to navigate such questions for itself, but this has only been made less likely and more difficult in the febrile political atmosphere that has taken hold around this issue.

George Monbiot – The Unholy Trinity of Ideologies Trashing our Planet

Is another form of capitalism possible? And can new social movements like Extinction Rebellion escape the ideologies that pervade our lives? George Monbiot is a British writer known for his environmental and political activism Cross-posted […]

A court in Amsterdam has ordered Uber, the ride-hail platform, to re-instate six drivers and pay compensation, on the basis that they were wrongly fired because the decision was made automatically by the company’s algorithm. […]