At the end of the day “financialisation” means wealth extraction. Nick Shaxson explains on hand of a police training centre near Glasgow in Scotland.

Cross-posted from The Finance Curse 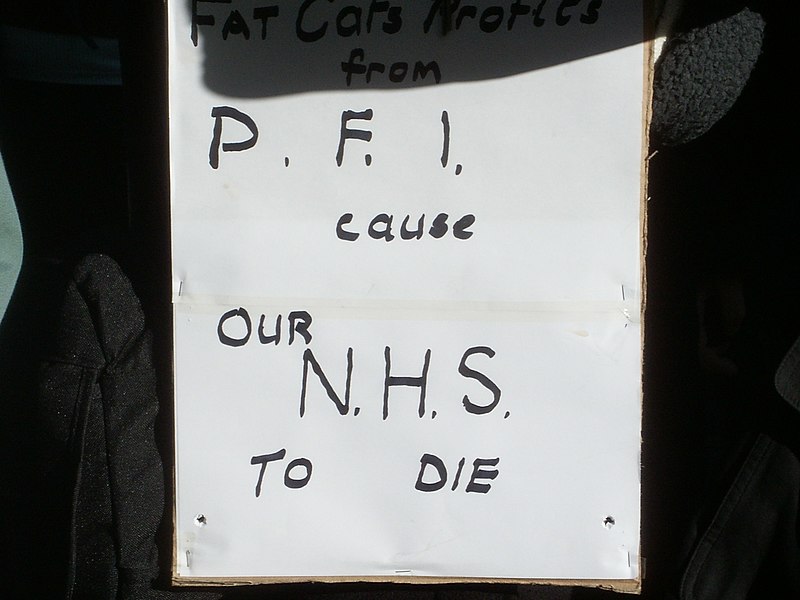 I’ve just co-written a submission to a UK parliamentary inquiry on Britain’s regional economic imbanances. The submission looks at at how financialisation is contributing to the staggeringly large divide between wealthy parts of London (and associated areas,) and the rest.

The widely-believed story is that London is the financial-centre engine of the British economy, showering jobs and tax revenues on the entire country. In the words of Boris Johnson, then Mayor of London, now Prime Minister,

(Seriously, he said that.)

Boost London, this story goes, and it will all trickle down to the British regions. The point of my submission, drawing on research for the Finance Curse book, was to turn this picture upside-down, by bringing financialisation into the equation.

In short, a large part of London’s wealth is the fruit of unproductive wealth extraction, not wealth creation. The wealth-extracting pipelines flow from all across Britain, but the destination of this wealth is to a small range of players, often in central London or offshore. London’s apparently strong economic performance is substantially obtained at the expense of Britain’s regions. This is made worse, of course, by London’s ‘gravitational pull’ of talent and investment and creative energies away from other parts of the country: children educated at the cost of other public authorities elsewhere in the country flock to London for their most productive years, then return to retire in the provinces again, at the cost of regional health systems.

Remembering Boris’ words, I found a Private Finance Initiative (PFI) project with the word “Strathclyde” in it (even though Strathclyde as a Scottish administrative region no longer exists*), and looked at its corporate structure. This was a police training centre near Glasgow.

You don’t have to understand this picture: just take a look, to get an impression.

The top of the corporate structure looks like this:

But this structure continues on downwards. I couldn’t fit it all on one page. The bottom of the corporate structure, now, looks like this:

This looks complicated, but it can be summarised extremely briefly, in three letters, in fact:

What the hell is this thing? Why? Why all this complexity, perched atop this poor old police training centre?

In essence, this is a picture of a highly sophisticated financial mechanism for extracting wealth from police budgets in Scotland. Although the “capital value” of this police training centre was listed in official documents as £17 million, the government will end up spending £111 million over the 25-odd year repayment scheme. Not all that £94 million difference is unproductive wealth extraction  – there are genuine financing and other costs involved – but probably more than half of it is.

Once you start looking at the geography of this thing, a whole new picture emerges.  Where are the ‘winners’ from this structure, the recipients of the extraction? And where are the losers, the ‘extracted-from’ people?  Well, the submission shows where the winners are:

“All of these named entities apart from the entities in El Paso, Texas, and the police training centre itself, are based at 3 More London Riverside, by Tower Bridge in London). What is more, the accounting firms and the banks for all the different accounts and charges examined (there were far too many to investigate), were also all registered in or near central London, or in the United States, Canada, or in various tax havens.”

The losers? Well, in the case of this particular corporate tower, most of the losers are in Scotland. Overstretched police officers and crime victims, due to denuded police budgets. Little old Scottish ladies’ cats, still stuck up trees, shivering and miaowing. And so on.

Here’s how I summarised it in the Finance Curse book:

And the book makes clear that this was no one-off fluke.

This is now Boris’ Britain.

And this is just a relatively small part of the financialisation of public-sector services.  The productive private sector itself has also been heavily financialised, with similarly extractive effects, damaging both the UK’s regional productivity, as the submission asserts, but also its overall productivity.

And don’t get me started on the financial crisis, where the winnings ahead of the crisis were heaped into the London/offshore nexus, yet it was the whole country that had to absorb the losses. Finance always conforms to the same pattern.

You can read the whole submission here too.

For over a decade Germany’s political class has justified austerity with the pretence that “We cannot burden future generations with debt”. For the same politicians with regard to CO2 reductions it was, as the Germans […]

No wonder universal basic income has so many neoliberal champions. It saps employee power and could actually help dismantle the welfare state, explains Anna Coote. Anna Coote is a Principal Fellow at New Economics Foundation […]