Spain, like other European nations, has done an extremely poor job of dealing with the pandemic. Financially it has had provided very little for its population. The “centre-left” government continues its policies of austerity, although Podemos probably prevented worse policies. 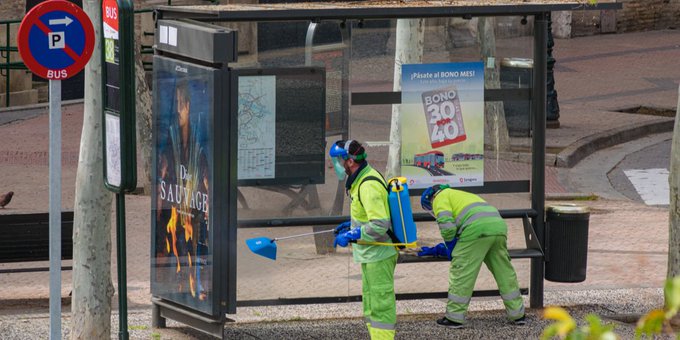 In Spain the handling of the health and economic crisis brought on by COVID19 has created contradictions and shortcomings of every kind that under normal circumstances might have caused a scandal of major proportions but which have now largely passed unnoticed. This alone may help to explain why Spain’s “left-wing” Government can openly admit that it will place the gigantic forthcoming money from the EU’s recovery fund right into the hands of Ibex35 big business and yet found little trouble in getting the decree regulating this step passed in the Madrid parliament.

The truth is that the lack of any kind of serious media debate over the issue has enabled the Spanish government to act in exactly the same way a hard-line right-wing government would have done in the interest of big business, while key public health and social requirements have been wholly ignored. It would once again seem that the perfect formula for disguising capitalism at its worst comes thanks to the “left” – here embodied by a PSOE and Unidas Podemos government – and the indispensable cooperation of the mainstream mass media.

A recent European Central Bank report on fiscal policy responses in Euro area countries to the COVID-19 crisis reveals that Spain in 2020 had on of the lowest expenditures among EU nations in response to COVID19 in terms of social and health measures.

Commission Staff Working Documents accompanying the Commission Opinions on the Draft Budgetary Plans for 2021 show that the sum of Spain’s fiscal measures – those undertaken under the auspices of the State budget in the fight against COVID – amount to less that 1.3% of the Gross Domestic Product, although Spain’s Ministry of the Economy callously denies this. This means that the EU average expenditure of 4% triples Spain’s figure. 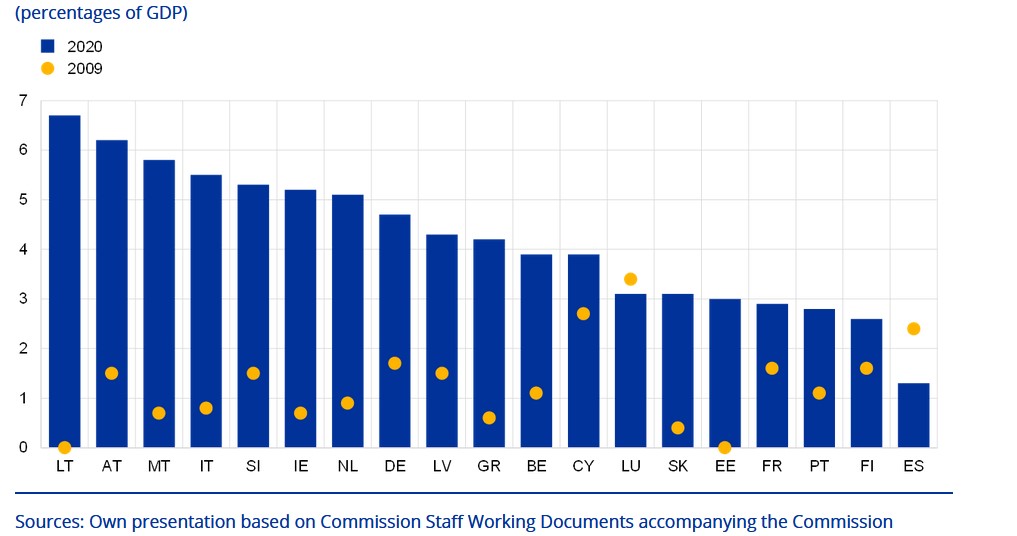 According to the ECB document, based on official EU data, Spain’s fiscal policy response is less than half that of Finland’s, the country that comes second worst in the ranking, although one must remember that the effects of COVID have been much less devastating in Scandinavia than in Spain. Even Italy and Greece, with which Spain is often compared, have made a much larger effort to compensate for the effects of COVID both in absolute or relative terms. Indeed Spain is one of the two EU countries where social measures have actually been inferior to those in a normal year (the report presents crisis year 2009 figures as a comparison), a fact that not even pro-government El País newspaper has shown any attempt to disguise or deny.

Spain seems to be one of the few countries that failed to learn anything from the 2008 crisis. Incredibly enough – and in contrast with almost all other EU countries – it has actually budgeted less in social measures than it did then. Maybe the left-wing government should explain why. Although the government claims to have paid out €40bn furlough scheme and says it has slackened up on social security contributions, the fact is that large-scale delays in paying the furlough benefits and a shocking mid-crisis rise in self-employed workers’s taxes means that the Spanish working class is not only one of the hardest hit in the EU but also the one that is going to feel the damaging effects for the longest period.

Many experts in health and economy have come to the conclusion that Spain will have carry out an honest self-appraisal of the situation if crass mistakes are not to be repeated in the future. Whatever the final analysis may be, many indicators indicate that the health management of the pandemic has been very poor. Predictably enough, one of the key mistakes pointed to has been the excessive politicisation of the crisis. Indeed, many failings of the Spanish authorities have surfaced with the pandemic. In the first place, qualified experts called upon to act as spokespersons in the crisis have often acted more as political go-betweens rewarded for their loyalty than as honest professionals. Instead of influencing politicians towards the right policies to adopt, it has been politicians who have used them to defend positions of strictly political convenience by way of the absurd technicalities they could appeal to. The inefficiency and procrastination displayed has led to a scenario in which the virus has been able to run much faster than politicians. Neither anticipation of events nor taking into account the lessons to be learnt from other countries have assisted their handling of affairs.

But it is clearly the lack of investment in Public Health that has taken the heaviest toll. In the last few years, Spain has largely dismantled much of its Public Health system leading to there being pitifully little leeway to avoid the health system collapse that has marked the various waves of the pandemic.

The primary care network too has been most affected by the cuts of the last decade. Of Spain’s seventeen autonomous regions, all but one spent less on health in 2020 than in 2009 despite the rise in population. Now Spain’s hospitals are under immens pressure and the primary care network is grossly overloaded in most territories. Health staff is depleted and it may be several months before all health workers have been vaccinated. Although the situation in retirement homes is now better under control, the protection of the most vulnerable or chronically ill was scandalously ignored for months with consequences that still drag on. Spain’s health system had no resources to protect these homes which for months were simply left to their own devices with catastrophic results.

Another area that has had insufficient attention is that of health care for the migrant population, as has occurred in other countries. Migrants lacking health cards have been left out of the equation as if they were alien to the virus, both as victims and as transmitters. Indeed, Spain still has a long way to go to make its health system universal. Control initiatives in prisons and the controversial CIEs (migrant internment centres) have also been deficient. No measures have been taken to relax prisoners’ internment conditions to ensure their health and many have been almost fully confined to their cells with pitifully little time for exercise. Furthermore a more varied formula for neighbourhood confinement measure application has been largely discarded and social intervention at a grassroot level has been pitifully scarce.

Almost all experts agree that a further shortcoming Spain suffers from is the lack of discipline and coherence in the measures applied, as denounced by Catalonia’s president Torra. The effort that the central government and communities have made to explain the measures being applied has often been insufficient and has caused a great deal of confusion. It is generally agreed that when measures were applied by responsible regional governments – those closer to the ground – the results have been significantly more effective. In contrast with this, the banal politisation of the situation with a preposterously evasive and ineffectual Minister of Health such as Salvador Illa has contributed most negatively to the Spanish handling of Covid-19.

The political struggle to manage the pandemic has fed on political and ideological issues to the detriment of public health. This has resulted in a mad political tug-of-war that has all too often jeopardised compliance with the measures that were called for. The clearest case of this occurred in the Madrid region with the absurd confrontation between the regional and State governments in the thick of the pandemic. The political struggle reached the point in which the Minister of Health was announcing “mandatory” measures to be enforced in 48 hours while the Community of Madrid government was openly rejecting them on the grounds that they lacked legal validity. The insufficient contagion tracking and insufficient coordinated contagion map analysis by the public health system, not to mention the government’s failure to legislate in the field of telework – here a mere “recommendation” by the Ministry of Health – it is no wonder that COVID19 has wreaked – and is still wreaking – so much havoc in Spain.

The immediate consequence of this is that Spain has the seventh highest COVID death rate in the EU. The Spanish government’s handling of the pandemic, as in the rest of the EU, has been an outright disaster not only in health terms but Spain has proven to be exceptional with regards to the decline in GDP and the lack of effective social and economic measures applied to mitigate its citizens’ plight.

This is the sort of response we can expect from industry as they protect their profits and not the environment. By John Gibbons, a Dublin-based specialist writer and commentator on climate and environmental issues. Cross-posted […]

Cop26 is many things. Rupert Read and Jem Bendell are co-authors of DEEP ADAPTATION: Navigating the realities of climate chaos. Polity Press, 2021 One of us (Rupert) is in the thick of Cop26 in Glasgow, […]