While European liberal democrats trumpet their fight to stop illiberal governments, they are introducing fascist laws to contain democratic backlashes to their economic, Covid, and climate failures. 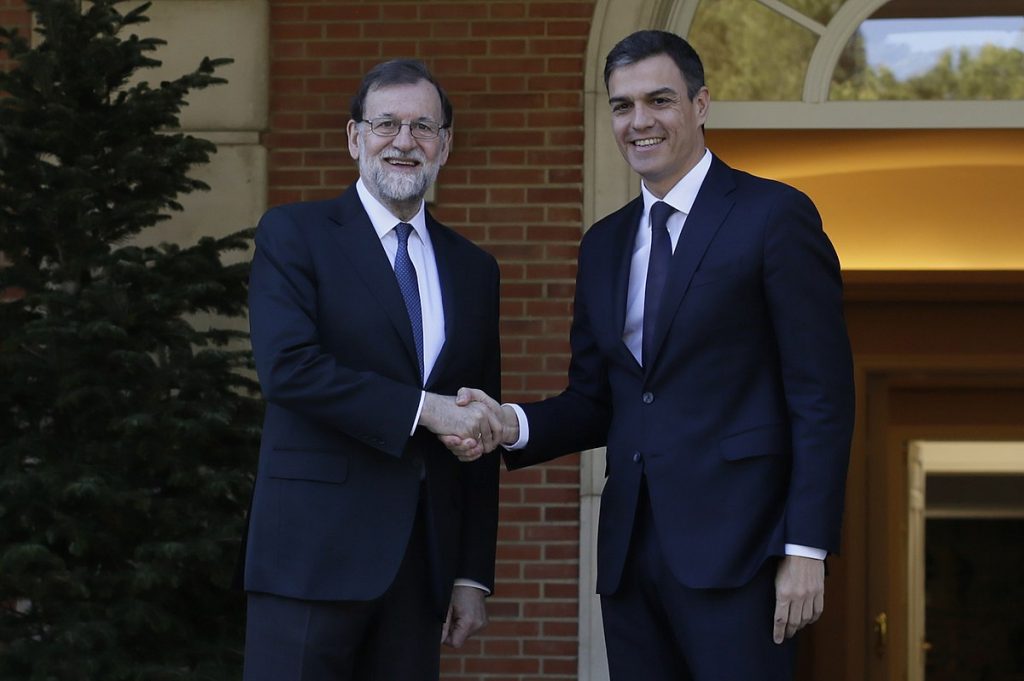 Spanish Liberal Democrats united in their struggle against democracy

A new threat to democratic standards in Spain is now unfurling before the country’s rather numb public opinion in the form of the development of the Law of National Security (the famous “Gag Law”) inherited incomplete from the notoriously corrupt Partido Popular (PP) back in 2015. The Law had then foundered on the opposition of the social democrats, as well as that of the Catalan and Basque groups. But with the social democrats in power, the party’s critical opposition has not only evaporated but actually transformed into an enthusiastic recovery of the PP’s original idea. Indeed, the antidemocratic changes that the social democrats have announced they will introduce go well beyond the position of the PP six years ago.

If we are to base our analysis on statements made by former Minister Calvo’s or on details of the new bill that have reached the media, we know that what is being introduced here is the “forceful confiscation of goods and services” and the obligatory mobilization “in the common good” of citizens, without any form of recompensation, if the state so sees fit. Thus, if we look at Article 28 of Title IV, we see the Law has now been redrafted to specify that “citizens and corporate bodies are obliged to cooperate, personally or in material terms, in the situation of interest for the national security if they are called upon to do so by the competent authorities”. In this sense, if we consider what happened with the 60 billion euros graciously “loaned” to the banks during the crisis, when millions lost jobs and homes, the gravity of the situation will be perceived.

Another particularly worrying article is 52 which grants police officers absolute credibility over suspects in their statements and reports when fines are to be applied, a factor that clearly breaks the universal principle of equality before the law. It also speaks of Orwellian information control measures (without the guarantees hitherto  offered –in theory al least– by the Law of Transparency) as well as an intelligence and information plan to ensure control over all the resources that the state might need in the interests of “national security”, whatever that may mean. Especially worrying in this sense is Article 16 with the introduction of measures to redesign the organizational chart of the opaque National Security Department. It speaks of creating a “Situation Committee” with powers to handle crises at will while placing unlimited power in the hands of veteran security official, general Miguel Ángel Ballesteros. In theory he is there to “offer advice” to the Primer Minister. But who can doubt that since 2008, he has been at the head of an increasingly hermetic department that it is difficult to dissociate from shady episodes such as Operation Cataluña, the Pegasus spy scandal or, more recently, the use of Israeli Candiru pirate software in countries such as Turkey, Yemen, Israel or Spain (where it is said to have been used to spy on President Puigdemont and others). Incidentally, would that help to explain the arbitrary decision to now exclude autonomous communities such as Catalonia and the Basque Country from the new Security structures emerging from this law?

Though the reformulation of the Law is still in draft stage, the draconian measures it is so far known to include are significant for two reasons. First that it is the so-called “left” that is planning to include these measures in a law that is sure to gain the support –indeed the active reinforcement– of PP and VOX. And secondly, the content we so far have had access to in the media means that the “keep calm” and “everything is under control” message prime minister Sánchez is daily trying to give out is a complete and utter hoax. The so-called “resilience of Spain’s economy and the dream of the country’s much flaunted “sovereignty”, are today little more than a sick joke. The antidemocratic and restrictive contents of the 12-page bill forebodes nothing short of a national emergency of alarming proportions. The future of Spain under the auspices of the sinister Council of State and new Security bodies designed in the bill warn us that the future of Spain –both in terms of democratic standards and the economy- is sheer gloom.

Perhaps this Security bill should come as a warning to those who still see Spain as the country of Europe with the most progressive government, or, as it terms itself, the “most progressive (Spanish) government ever”. If they thought it might in some way have represented an ultimate last trench against the wave of neoliberalism, authoritarianism and restrictive measures that is sweeping through the EU, they will be in for a major deception. For today COVID19 paralysis and competing with the far-right is the unflinching mindset for the current PSOE/Unidas Podemos government as it snaps up all the perfect excuses to act just like previous PP governments had, and unblushingly in line with other EU conservative governments.

A Green New Deal is not difficult to finance. The  European political elite simply do not want one, instead creating a Brown Deal giving billions of public money to corporations involved in fossil fuels, cars, […]

A new agenda – misleadingly called ​‘Better Regulation’ – has recently swept across Europe, undermining the protections and values that we rely on for a healthy planet and an empowered public. It was promoted as […]