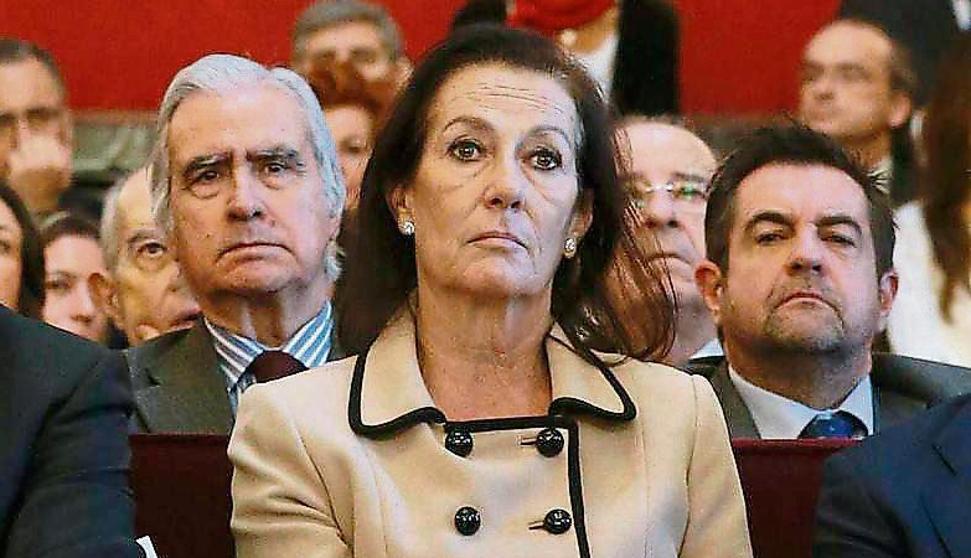 Having “pardoned” and freed the nine Catalan political prisoners after three and a half shameful years of prison, anyone thinking ammends have now been made in the Catalan conflict would be quite misled. Spain’s government has in no way offered a truce to Catalan independentists by freeing these prisoners, nor are the famous 9 prisoners the only ones facing severe penal prosecution. Over 3000 people –including famous Harvard Emeritus Professor Andreu Mas Collell defended by 31 Nobel Prize-Winners and whose House is to be auctioned shortly – are being investigated, awaiting prison or trial for organizing the 2017 Referendum or taking part in peaceful protests against the repression suffered. The very conditions under which the 9 have been freed are as much of an austere form of parole as one could imagine. One step “wrong”, and they’ll be right back in, they’ve been told. Let’s face it, as we argued in our previous article, they were only let out due to adverse Council of Europe and U.N. reports and in fear of the eventual rulings of European courts, where so far not one extradition have been granted to Spain.

The Tribunal de Cuentas –a court of an infinitely more partisan and politicized modus operandi than the European Court of Auditors– has now become the main scenario for the repression of the Catalan movement. Having already fined the organizers of the non-binding 9N Referendum of 2009 €5M, impounding the homes of Artur Mas and two fellow ministers, it is now set to apply the ruling of point 9 of the 2019 Referendum trial sentence. Along with 12 other Catalan leaders (ministers and oficials), some of the excarcerated prisoners are to be fined a further €4·1M for the October 1st Referendum. And that is not the end to it. In early February 2020 the Tribunal de Cuentas announced that it would apply sancions for a further €35M allegedly spent on what the Spanish media tendentiously term “the Catalan embassies” abroad, these being nothing more than small commercial and institutional offices abroad that are quite similar to those many Spanish autonomous regions operate. Years of innocent commercial and cultural operations have simply been lumped together and tagged as “pro-separatist activity”. The case’s defence lawyers insist that even the Police reports were unable to find ant real proof of any expenditure for independence or the Referendum. On June 29th the 504-page charges were handed to the lawyers who were given three hours to present allegations. Now their defendants are to be given 15 days to pay up huge sums of money.1 Undoubtedly the aim is to ruin the lives of many dozens of families of ex-government oficials. Meanwhile, callous Pedro Sánchez goes on about the birth of “a new period of concord and reconciliation”. Really?

If we take a close look at the workings of this peculiar “court” –that, incredibly enough, no international organization ever seems to have raised an eyebrow about– one wonders how it could have been seen to meet any form of democratic standard. A look at its leadership over the years may prove revealing. For the first years of Spain’s much praised Transition period, the Tribunal de Cuentas was headed by one Servando Fernández, an ex-Blue Division member and admirer of Hitler. Between 1991 and 2012 a prominent member of the Court was one Juan Velarde, a hard-line falangist who in 2013 had said that bombing Catalonia “should not be discarded”. Between 1997 and 2007 the Court was presided over by Ubaldo Nieto whose name appears in all clarity in the famous Bárcenas papers that list the hundreds of prominent PP members who were taking slush funds from the party. Despite direct evidence that the very president of the auditing authority was directly involved in this practice, no charges were made and no investigation was called for. In another country, the Government might well have fallen. Not in Spain, dear!

The “Tribunal”consists of 12 members –7 appointed by PP, 5 by PSOE– who are supposed to control the illicit economic activities of the administrations and the political parties. They are not subject to any form of high court control and their sanctions are not subject to appeal. Democracy at its best! Of the 700 employees of the Tribunal, 100 have family ties with other officials, there being whole families of ex-Francoists employed there through uncontrolled nepotistic practice. However, this seems to raise no eyebrows in the EU. Its employees are amongst the highest paid civil servants of the Spanish administration, their 12 board members receiving hefty economic compensation when leaving the institution after renewable terms of office of up to nine years. On that all-important board stands the brother of former prime minister Aznar, the wife of former Aznar minister Federico Trillo and Margarita Mariscal de Gante, former PP minister and daughter of prominent Francoist repressor Jaime Mariscal. It is a clearly a last trench position to ensure advantage for party members and the destruction of political opponents in the absence of any form of democratic impartiality.

I fear that in few places in Europe is the economic control of the administration and political parties so unashamedly handled by the very parties that run the show. Even the composition of Spain’s rickety high courts is a fraction more democratic than that. The Partido Popular is reckoned to be one of the most corrupt parties in Europe and yet its members are systematically let off the hook by the Tribunal if indeed they are ever brought anywhere near it. Perhaps the most scandalous case to date is that of former Madrid mayoress, Ana Botella –José María Aznar’s wife– who though condemned to pay back €22·7M for the 1,860 council flats she sold to a vulture fund in 2013, never actually had to. Two votes to one at the Tribunal let her off, one of which cast by handy woman Margarita Mariscal de Gante, former minister of her own husband’s 1996 government! It would be hard to find a more striking case of uncensored judicial contamination and partiality in an official auditing court sentence. And this at a time when social need makes the availability of council flats doubly crucial. The corrupt heritage of Franco –secured in PP and unquestioned by EU authorities and opposition– ensures a sinister future for corruption in Spain, a country where the state auditors are much more concerned with persecuting the organizers of referendums in Catalonia than the beneficiaries of systemic institutional corruption as protected by the deep state.

Steven Forti tries to identify where the new coalition government in Italy is going. Steven Forti is Researcher at the Instituto de História Contemporânea of the Universidade Nova de Lisboa and Professor at the Universitat […]

Philip Cunliffe – Who Shall Rouse Him Up? Brexit: The World Turned Upside Down

On Sunday a leftist German blog wrote to ask if we could explain Brexit. As far as they could see, it was a simply a question of the British trying to gain trade advantages and […]

Richard Murphy – That stock Markets are disconnected from Reality is because our Politicians, our Central Bankers and our Financial Elite are also wholly Disconnected from that Reality

Between Richard and Larry Elliot, there is a lot of food for thought in this piece. Richard Murphy is Professor of Practice in International Political Economy, City University of London. He campaigns on issues of […]