A global digital currency provided by central banks may be preferable, but a private version would offer many of the same benefits, part of the VoxEU debate on the future of digital money. 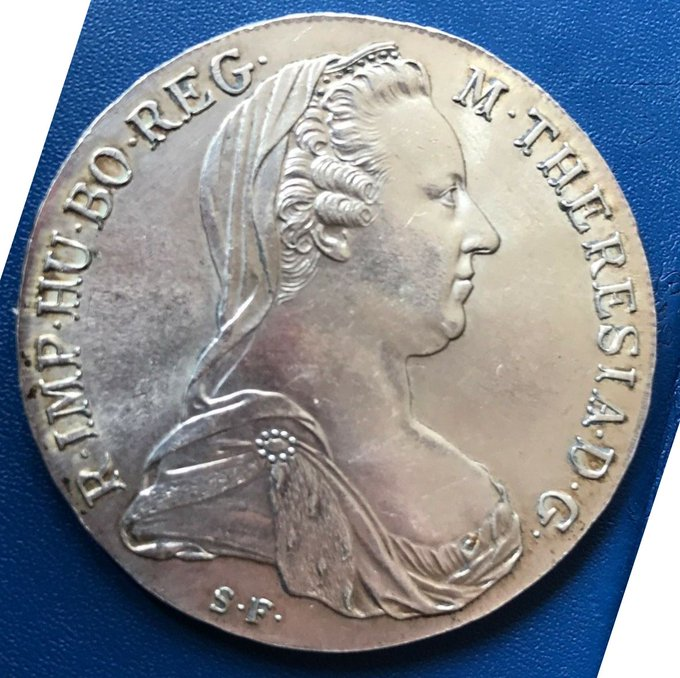 The launch of the Libra cryptocurrency has produced immediate and strong reactions from economists, regulators and even the G7, the majority of them negative. Many worry that Facebook will violate privacy provisions and use the generated data commercially. Others fret that a dominant global private currency that is outside the control of central banks could undermine monetary policy, pose risks for financial stability, and facilitate crime.

We share these concerns. We are not convinced that the Libra project will succeed – or even that it should succeed. But, as a contribution to the debate, we decided to give the idea of a global private digital currency (in other words, a Libra-type project) a chance and have tried to make the best case we could think of, focusing on the most immediate use case: as an alternative means of payment.

The Libra white paper1 addresses some areas where improvement is overdue, such as financial inclusion and reduction in transaction costs for cross-border remittances. Also, if adopted more widely, a global currency might also mitigate some of the weaknesses in the international monetary system, for example the dominance of the US dollar and the difficulties in external adjustment that this causes. This was highlighted in a recent speech at Jackson Hole by Mark Carney, governor of the Bank of England (Carney 2019).2

But the volatility of exchange rates means there is a cost in having two units of account. We focus on this trade-off, in particular from the perspective of payment. How large should the savings in transaction costs be to compensate for the additional volatility associated to holding the currency? We use some of the details of the Libra white paper to illustrate our arguments, but our comments apply to any similar project.

In response to the high volatility of Bitcoin and other cryptocurrencies, developers have created ‘stable coins’, currencies whose value is tied to a traditional currency. Libra belongs in this category. Economists are familiar with fixed exchange rates, so this is not new. The stability of Libra is guaranteed by a redemption mechanism supported by assets that back the value of the currency in circulation. This mechanism, used by other stable coins, is equivalent to a currency board.

Reducing the costs of payments

The most immediate use case for a Libra-type project would be for retail payments, in particular cross-border payments. They remain cumbersome, slow, and ridiculously costly. As an example, the World Bank estimates that the average cost of the $600 billion of annual global remittances is 6.84%.4 Improvements in technology and processes mean the average cost of remittances is getting smaller, but at disappointing speed.5

Transaction costs for local payments are smaller, although slow and costly means of payment are still common (for example, in some countries cheques are widespread, or there are high merchant fees for accepting credit cards). Hayashi and Keeton (2012) estimated the social costs of payment technologies in a sample of advanced economies to be between 1% and 3%.6 Clearly there are potential efficiency gains here.

But do we need a new cryptocurrency to deal with all these cross-border and local payments inefficiencies, when existing providers could make use of similar technologies to become more efficient? Payment systems that rely on digitally supported instant-payment technologies are available. They are clearly superior to cash, cheques or credit cards. But their adoption is hampered by legacy systems, lack of incentives to adopt, and lack of competition. According to the World Bank initiative on remittances: “the single most important factor leading to high remittance prices is a lack of transparency in the market”.

Technology adoption also depends on factors like perceived convenience, trust and – importantly – the network effects that determine the availability of these technologies. We are not convinced that Libra solves all these issues, but it may have technology solutions that remove some of the barriers to adoption. If we ignore this potential, we will underestimate how disruptive Libra and similar currencies can be. Adrian and Mancini-Griffoli (2019) have made a similar point.

A global currency can also help individuals diversify risk if the correlation of its returns with other risks is low, or even negative. This is plausible: when the economy is doing poorly, it is common for exchange rates to depreciate. In this case, holding a foreign currency would offer an opportunity to reduce the exposure to this risk, something that many people may not easily be able to do at the moment.

We could also imagine that a successful global currency might be adopted much more widely for pricing. A liquid global currency, used for pricing financial assets, would provide diversification against capital flow volatility and balance-sheet risks. If it was used as a unit of account and for invoicing international trade, it could create more stable trade receipts and payments.

Most of these benefits apply equally to the IMF SDR, currently used as exchange rate anchor in a few countries and is also used for some commercial transactions (IMF 2018) but, clearly, the SDR is currently not a liquid global currency to rival the dollar.

Costs and benefits of a global currency for retail payments

To estimate how these potential efficiency gains compare to the risks of holding a foreign currency, we made a back-of-the-envelope calculation. We have taken the US as the domestic economy, and assumed that Libra will shadow the IMF SDR.7 Between 1985 and 2019, the volatility of the SDR/USD exchange has been between 4% and 6%,8 at the low end in recent years.

The question is, how large must the benefits of lower transaction costs be to compensate for the increased risk of holding the currency? A simple mean-variance model of an optimal portfolio provides a straightforward trade-off for an investor between returns and volatility as a function of risk aversion.9

The calculation has a complication: the ‘return’ when using Libra is proportional to the volume of payments (for example, if we think of savings in credit card fees), but the risk depends on the average holdings of Libra during the year. The relationship between these two amounts depends on how Libra would be used, that is, on the velocity of money. So we take the most pessimistic case and assume velocity of money to be equal to one: the average holding of money in any period is equal to the volume of transactions.

Table 1 summarises the results when volatility is in the historical range of 4% to 6%, and risk aversion varies between 1 and 10.

Table 1 Required savings to compensate for risk of holding Libra

Source: Authors’ calculations, based on historical data for IMF SDR.

The (volatility) costs of holding Libra require savings between 0.16% and 3.60%. Some of these numbers might seem large, but they are small compared to the costs of remittances, credit card merchant fees, or the social costs of current payments. Recall also that the recent volatility of the SDR has been closer to 4% (as in the first row of Table 1) and, if we choose a relatively high risk aversion (level 5), the efficiency gains would need to be only 0.80%.10

Note we are looking at the worst-case scenario in the holding period. There is no need to maintain such a high balance of Libra to make all these transactions. The shorter the Libra holding period – the higher the velocity of money, in other words – the lower the risk. In the extreme, the holding period could be a millisecond before the transaction, and then the exchange rate risk would be zero. In this case Libra would be a vehicle currency, used for conversion purposes only. This would be technologically feasible.

Taking the Libra proposition at face value, we made the best economic case we could by focusing on it as a means of payment, domestically and internationally. We wanted to understand whether the potential benefits of a means of payment could compensate for the risks of holding a volatile asset. Our estimates suggest that the overall risk of holding a global currency may not be large for plausible exchange rate volatility and risk aversion. On the other hand, the potential gain in lowering transaction costs in retail cross-border payments and even local payments are large.

While a global currency may be desirable, this currency does not have to be Libra. There are many other concerns not discussed here, such as privacy, data control, operational risk, regulatory consequences, or dominance. In his speech at the 2019 Jackson Hole conference (Carney 2019), Carney discussed the benefits of a global currency that would be provided by a network of central banks, which he called a Synthetic Hegemonic Currency. But, without a coordinated effort by policymakers and regulators to create this currency, a private solution such as Libra might end up partially fulfilling this need.

[2] See also International Monetary Fund (2018) for a discussion of the weaknesses of the international monetary system that a basket currency like the SDR could mitigate.

[5] The technology infrastructure behind Libra resembles that of blockchain while, at the same time, it promises to address some of its weaknesses, for example scalability. If properly implemented, moving balances from one Libra wallet to another across countries should be a smooth and costless transaction.

[6] Social costs are broader than transaction fees. For instance, for a cash payment they include the resources spent by the buyer to retrieve the cash as well as by the seller to redeposit it.

[7] As we write this post there are no details on the currencies that will be used in the basket, but the white paper refers to currencies from “stable and reputable central banks”. The SDR is the best known international global reserve currency that works as a claim on the currencies of five IMF members (US, euro area, China, Japan, UK).

[8] This is the standard deviation of annualised daily changes over a five-year window from Cecchetti and Schoenholtz (2019).

[9] This model can be seen as the solution to the optimisation of an investor with a constant absolute risk aversion (CARA) utility function.

[10] As a quick reality check, if we were using the S&P 500 as the risky asset, its volatility would be around 15%. With risk aversion of 5, it would imply a required risk premium of 6%, not far from the historical equity risk premium.

Alex Chapman – The Dodgy Economics behind Expanding our Airports

Despite what airport executives say, expanding our airports won’t tackle unemployment or bring more money to the UK. Dr Alex Chapman is a consultant with NEF Consulting Cross-posted from New Economic Foundation Image: Pexels Given […]

A good summary of what is coming our way and why a real solution will not be found. Michael Roberts is an Economist in the City of London and a prolific blogger Cross-posted from Michael […]