German ordoliberalsim has failed Europe. It is time to turn once again to Keynes, explains Andrea Kalajzic.

Andrea Kalajzic graduated in Production and Development Economics from the University of Insubria in February 2018. andro.kalajzic@fastwebnet.it 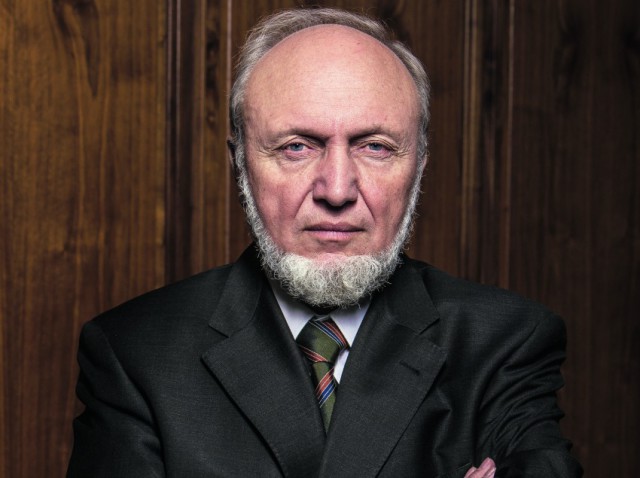 In Germany, the debate following the outbreak of the debt crisis in the Eurozone brought to light a strictly orthodox position, shared by the German Bundesbank and the German Ministry of Finance. The radical anti-Keynesianism of academic orthodoxy and of the German monetary and fiscal policy authorities cannot be explained solely by the convinced acceptance of the macroeconomic model universally adopted after the theoretical monetarist counterrevolution of the 1970s. In fact, it is also the result of a specific political-economic paradigm that reflects an ordoliberal conception of the role of the State in the economy developed in Germany between the end of the 1920s and the beginning of the 1930s based on the lessons learned from the crisis in the Weimar Republic and the Great Depression.

The probably most complete illustration of this position can be found in some publications of the most well-known German conservative economist, the former president of the Ifo Institut for Economic Research in Munich, Hans-Werner Sinn.

At the beginning of the new millennium, Sinn was among those who expected a boost to European growth and convergence among the economies of the single currency countries, as a result of a more efficient allocation of capital in the Eurozone. However, the crisis has prompted Sinn to reconsider its optimistic forecasts. Sinn´s central argument is that the inflation differentials and growing current account imbalances observed in the euro area in the years leading up to the crisis were not due to market failure, but to a failure of policy, which proved incapable of regulating the financial system in such a way as to prevent possible violations of the no bailout clause contained in Article 125 of the Treaty on the Functioning of the European Union. According to Sinn, the shortcomings in the legal rules governing the European capital market have been an irresistible incentive for speculation, which led the big banks and insurance companies in northern Europe to use the savings of the ‘central’ countries of the Eurozone not to finance the most productive investments in Europe’s ‘outskirts’, but to fuel excessive public spending in Greece and Portugal and, above all, the formation of property bubbles in Spain and Portugal.

In Europe, the debate on the excessive rigidity of the ordoliberal response to the euro area debt crisis and the consequent opportunity for ‘peripheral’ countries to exit the monetary union, or for the European integration process to culminate in the establishment of a fiscal union, tends to focus on the greater or lesser convenience of responding to the crisis with ‘Keynesian’ macroeconomic policies that provide a stimulus to aggregate demand.

The dynamics of the contemporary crisis and the ordoliberal interpretation of its causes, however, could and should have stimulated a re-evaluation of the authentically revolutionary elements of Keynes’s thought.

The attribution of the origins of the crisis to defects in the legal regulation of market mechanisms is, in fact, profoundly contradictory. By claiming that, with rules that are in line with the proper functioning of the capital market mechanisms identified by the neoclassical tradition, players in the financial system would refrain from speculation, Sinn implicitly admits that speculation is a constituent element of modern market economies. However, in this way, he ends up questioning the very foundations of the orthodox theory of finance, because, according to that theory, speculation remains an essentially unexplained phenomenon. In the world described by Orthodox economists, banks do not create risks by speculating on the ability of debtors to repay and on the value of financial assets, but limit themselves to facilitating the transfer of the resources saved to potential users through the reduction, if not elimination, of the information asymmetries that characterize relations between borrowers and lenders of funds. Moreover, speculative bubbles are considered as a manifestation of rational behaviour that represents only a temporary departure from the ‘correct’ value generally attributed by the market to financial assets.

Even before investigating the public responsibilities that favoured the development of credit and property bubbles in the years preceding the outbreak of the European financial crisis, it is therefore necessary to ask oneself, as Keynes did in the years of the Great Depression, what are the characteristics of the economic society in which we really live. In contrast to the Freiburg ordoliberals and their modern epigones, Keynes eschewed the idea that, in market economies, crises can only be the result of exogenous distorting factors attributable to the public authorities. For Keynes, crises are inherent in capitalism. Therefore, they require a careful analysis of the theoretical weaknesses of the analytical system elaborated by the ‘classical’ orthodoxy.

In the writings following the publication of the Treatise on Money, Keynes describes a world marked by the simultaneous presence of ‘enterprise’ and ‘speculation’ and in which economic crises can be produced endogenously by one or the other, due to the role played by money and finance. In Keynes’s world, the function of money and finance is therefore not confined to optimizing current and intertemporal transactions between economic agents, as is the case of the reality described by economists of neoclassical inspiration. Money and finance, instead, represent the fundamental element for the explanation of the intrinsic instability of the capitalist economies.

Recently, Giancarlo Bertocco showed the importance of the works of Schumpeter and Minsky to explain the non-neutrality of money and finance in the context of the monetary economy of production described by Keynes. In Schumpeter’s writings, the process of creating bank money out of nothing assumes in fact a fundamental importance for the financing of product innovations that constantly modify the consumption habits of families. For Schumpeter, therefore, the principle of consumer sovereignty does not apply in capitalist economies.  The centrality of money for the purposes of the production of innovative goods thus underlines the uncertain nature of the monetary revenues expected by the entrepreneur-innovator. Schumpeter’s work is therefore essential to explaining Keynes’s ‘principle of effective demand’, the idea that in capitalist economies the dynamics of the system is driven by purchasing decisions even before they are driven by production decisions.  For Keynes, in a market economy, it is not certain that everything that is produced will also be automatically sold, as is the case with the so-called Say law. In turn, the rebuttal of Say’s law implies the inversion of the causal relationship between savings and investments. In the world of Keynes, savings arise from the income generated by initial investment activity. Unlike what is postulated by all the economists of neoclassical inspiration, for Keynes, the investment is in no way conditioned by the previous saving of real resources not consumed. This circumstance therefore allows us to rediscover the relevance of the relationship between savings and accumulation of wealth in the form of money and other assets (financial and real) highlighted by Keynes in his General Theory to explain the phenomenon of speculation. A phenomenon that was then further described by Minsky from the ’70s of the last century in his reworking of the theses of the great economist of Cambridge.

After the outbreak of the crisis, the limitation of the figure of Keynes to a ‘practical’ economist, useful only for the evaluation of the effectiveness of expansive monetary and fiscal policies, has resulted in the reduction to only two political-economic options:

(i) a fassade of Euro-reformism that calls for `more Europe´, reform of Treaties, greater flexibility and less rigour, but which is in fact content with small scale reforms thus favouring unfair and counterproductive rules;

Any project to reform the European architecture, or to exit the euro area that does not merely hope for the newfound monetary or fiscal sovereignty, whatever it takes, requires the elaboration of a renewed social-democratic perspective, based on a theoretical framework that does not place blind trust in the achievement of full employment as a simple consequence of eliminating the imperfections that hinder the functioning of the labour and capital markets.

The recovery of a theoretical approach based on the thinking of Keynes, Schumpeter and Minsky would allow to widen the political-economic offer to a third option in which:

(i) monetary and fiscal policies are not reduced to an instrument of fine-tuning aggregate demand for the purpose of stabilizing inflation, but form part of a project of structural stabilization of the economic system based on a more equitable distribution of income and wealth;

(ii) the social philosophy does not respond to the canons of the social market economy of ordoliberal derivation, but to those identified by William Beveridge in the ’40s of the last century;

(iii) the regulation of finance and the movement of capital opens up the possibility of orienting economic development on the basis of the growth of the internal components (consumption and investment) of aggregate demand;

(iv) export dynamics are supported by expanding domestic demand in other countries as well, rather than by wage and domestic price containment policies;

(v) in the presence of structural imbalances in the current account, such as those that currently characterise economic relations between Germany and most of the other member countries of the monetary union, the burden of rebalancing is not borne solely by the debtor countries;

(vi) the dynamics of the structural evolution of the economy can be guided by an adequate industrial policy and by the building up of forms of mixed economy characterised by the attribution to the State and its articulations of the functions carried out by the Schumpeterian entrepreneur-inventor.

I would like to thank Giancarlo Bertocco, Lelio Demichelis and Marta Marson for their very useful critical comments on a first version of this article.

What could the future Russian economic development look like? Branko Milanović is an economist specialised in development and inequality. His newest  book is “Capitalism, Alone: The Future of the System That Rules the World” Cross-posted […]