A review of “Extreme Economies” by Richard Davies, which explores economic realities in some of the world’s worst-hit regions 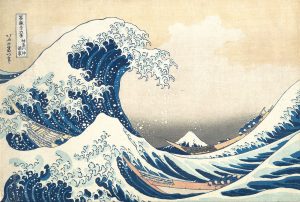 Economists are beginning to worry over what comes after Covid-19. The pandemic is having a devastating impact on the global economy, and many expect a prolonged period of depression. Will economies recover? And if so, how will they recover? Richard Davies’s Extreme Economies offers timely and revealing insights into how markets recover from catastrophic events.

Davies has produced an exciting and well-written travelogue around some of the most marginal communities in the global economy, guiding us carefully through the economics of resilience, of lost potential and, more tentatively, of tomorrow. He provides readers with important historic, economic and geographic context while situating his subjects’ lives and livelihoods within markets. Above all, he gives voice to the people he encounters along the way.

Most illuminating are the stories of economic survival in post-tsunami Aceh; of life in a Jordanian refugee camp for Syrians displaced by war; and of resilience in a high-security prison in Louisiana. First to Aceh. In 2004 an earthquake known as a megathrust released energy equivalent to 500 million Hiroshima atomic bombs, writes Davies. The resulting tsunami killed 227,898 people across fourteen countries. As is often forgotten, Aceh, on the northwest tip of Indonesian Sumatra, was hit first and hardest. The economic response of some survivors in the devastated town of Banda Aceh was remarkable. Davies introduces us to a courageous entrepreneur and restaurateur, Suryandi, whose beachfront restaurant was devastated by the tsunami. After a few months failing to make a livelihood in the bustling international aid sector, he reopened his restaurant. Lacking capital, he rebuilt a beach hut using scrapwood washed up on the shore. Locals, fearful of a repetition of the storm, would not come near, but foreign aid workers were bolder, and became his first customers. That gave confidence to the locals, and Suryandi began to prosper. He operated from the shack until he had saved 15 million rupiah in profits, which he then invested in bricks and mortar. Today his Akun restaurant sits in prime position at the head of the bay next to the safe swimming water. The local economy is so much improved that his investment in the building is now worth almost ten times its original cost – about 100 million rupiah.

Davies also visits the refugee camp of Zaatari in Jordan where the free market thrives and the dusty streets are vibrant with activity. He contrasts this with Azraq, a more regulated, and much drearier, camp nearby. In Zaatari the UN was forced by budget and staffing cuts to cede control to refugees, and so residents decided on the layout of houses and the number of shops and traders permitted to operate. The result was predictable:

Without close administration, Zaatari became a lawless place, with fights breaking out. At the same time an informal economy flowered as Syrians, determined to re-create a little of the economic life they had left behind, set up mini versions of the companies they had run at home.

Economists view a country’s “start-up rate” – the number of new firms divided by the number of existing firms – as an indicator of how business-friendly a place is. In the US it is around 20–25 per cent in a given year; in 2016 in Zaatari it was 42 per cent – an impressive figure even given the different starting positions. As Davies writes: “The Syrian refugees have set up so many businesses that if the camp were a country it would rank as one of the friendliest places for companies in the world”.

This vibrancy contrasts with Davies’s next destination: “the capital of US incarceration”, the only maximum security jail in the state of Louisiana. The Louisiana State Penitentiary is nicknamed Angola, a reference to the slave plantation that previously existed on the site and that was owned by one of the US’s largest slave-trading firms, Franklin and Armfield. It covers an 18,000-acre site, larger than Manhattan. Louisiana has almost 34,000 prisoners, 94 per cent being men, with a very high incarceration rate of 1,387 per 100,000 residents – double the national average, which is already high compared to that in most developed economies, including China. The average sentence for an inmate in Angola is ninety-two years; more than 70 per cent will never be released.

There are two parallel economies in the extreme that is Angola – slave farming and the barter economy. The farming economy is operated by a government-run company, Prison Enterprises, which sells goods and agricultural produce made and farmed by inmates, and which brought in almost $29 million in 2016. Pay in the penitentiary ranges from 2 cents to 20 cents per hour. Farm work earns a weekly wage of $1.60, which means that to earn the minimum hourly wage of $7.25, a convict must work for 181 hours. Prices for goods and food in the prison are also set by Prison Enterprises. And in this captive market, with pay scales held at the same level since as far back at the 1970s, prisoners are being ripped off. The cost of living (and dying) in Angola is rising faster than prisoners’ wages – and the “hustle economy” provides little to compensate.

Extreme Economies is both fascinating and enlightening. If it has a weakness it is this: the isolation of these economies from the bigger economic picture. Davies’s chosen places and markets are examined as if they operate outside and independently of a self-regulating global economy that has for the past forty years prioritized the interests of corporations over the interests of individuals and communities. “One of the fears about our economic future”, writes Davies, “is that ageing, technology and inequality will lead to greater divisions: between the old and young, those with skills and those lacking them, the rich and poor.” The current crisis has revealed how divisions – between rich and poor, between low-paid health and other key workers and, for example, highly-paid footballers, and between high- and low-income countries – have helped to spread and intensify the lethality of the virus, while deepening the extent of economic failure.

In a chapter on a remote town in Japan, inhabited mainly by the elderly, Davies worries about the future effects and costs of ageing, given that there will be insufficient young people to generate the necessary taxes. A wider view might have included the possibility of a fundamental shift in the global economy. After all, we live in a world in which, since deregulation in the 1970s, real wages and savings have either stagnated or fallen and in which inequality has risen. But if, in a more equal world, good, skilled jobs were created to meet the diverse and complex demands of an ageing population, and if wages were to rise at the same rate as before the age of globalization, then tax revenues would rise too, to meet pension shortfalls and the public costs of ageing. Things don’t have to go on as they have done for the past forty years.

And there is another “big picture” that Davies misses. He notes that, also because of Japan’s ageing and declining population, “many villages, towns and cities will cease to exist … the shrinking and deserted communities of rural Akita are desolate, depressing and ghostly places”. That may be so from a human perspective, but from the perspective of nature these will become ideal places for rewilding and the restoration of biodiversity. Humanity desperately needs these new deserted places if we are to maintain the life support systems that sustain human lives and livelihoods. We cannot live by markets alone.

The World Bank partnered with Uber to produce research which reiterated the company’s narrative that deregulation is good for gender equality This piece has been cross-posted from The Conversation The Gig Economy Project, led by […]

Noam Chomsky: US Policy Toward Russia Is Blocking Paths to De-escalation in Ukraine

Russia’s war in Ukraine is producing an earthquake in international affairs. The war has raised new questions about national security across Europe and is shaking up energy geopolitics. In addition, the war seems to be […]