It is time for the Left to grow up and realise that the EU is neo-liberal and anti-democratic.

This article originally appeared in Directa (in Catalan) 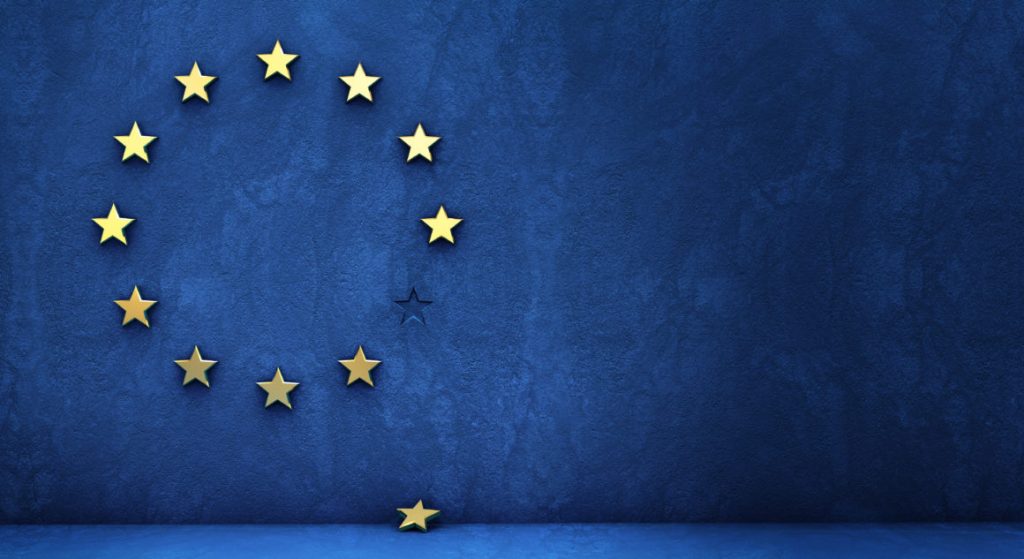 In a broader sense, Leftists have been confronted (and are being confronted) by a dilemma concerning the European Union (EU): is it a matter of conquering it in order to create a “social Europe” or, on the other hand, to leave the Economic and Monetary Union (EMU), i.e. the euro, and possibly also the EU, to have clear instruments and policies that can be used to achieve leftist sovereignty?

Social democracy (as we know it in Spain with the PSOE in the Spanish State or the ERC in Catalonia) as well as the dominant European trade union movements have traditionally given enthusiastic support to the EU, even though they may criticise some particular aspects of its policies. Asbjørn Wahl has identified two main factors that explain this. On the one hand, the ideological story that justifies the creation of the EU is that it would serve to ensure peace among European nations and that it should be an instrument for the social progress of its citizens. On the other hand, in 1981, François Mitterrand tried to implement a leftist radical social democratic programme, involving broad nationalisation, redistribution of income and wealth, and other political intervention in many areas. But within two years this was terminated. From this experience, Mitterand concluded (together with Jacques Delors and others) that the future of a (Keynesian) social democratic policy had to be linked to the development of a European economic community above the nation state. And so Mitterand became an enthusiastic advocate of the creation of a single EU currency.

And here we can ask ourselves: how and why could social democratic politics believe so naively in the creation of a supranational instrument based on the four freedoms presented in the Treaty of Rome – the free circulation of capital, goods, services, and people – and with a total lack of democratic structures, could be an instrument for creating a “social Europe”? However, it is less explainable how they believe that this objective could be reached with the progressive deregulation of the economies and the increase in market forces that vary from one country to another, through the establishment of the single market in 1986, the Maastricht Treaty in 1992 and the Lisbon Treaty in 2007.

At least some of the social democratic forces (and also some of the “theoretically” more radical ones) have been critical of the policies that have been enacted since the 2008/2009 crisis, as well as of the brutal treatment of Greece after the victory of Syriza in 2015. As for policies during that crisis, in order to save financial markets, governments and the EU put money into the private banking system. This increased public deficits and debt in many European countries. The EU, through the Stability and Growth Pact, will quickly demand that public accounts be brought back into balance, with the consequent reductions in public services and salaries. This will result in an increase in unemployment and a strong attack on workers’ rights, working conditions and pensions (this is the case with “internal devaluation”, since the Member States cannot intervene in the exchange rate of the euro). It is not only that “social Europe” has been sidelined, but also that it has been under massive attack, which has set it back very significantly.

From the most radical point of view, the question is: can the EU be reformed in its current state? Costas Lapavitsas (The Left Case against the EU) and others see the European Union as an obstacle to implementing a radical progressive leftist programme. And AsbjørnWahl, again, summarises what the structural and institutional barriers to the EU and EMU are: first, the democratic deficit which has tended to increase over the past few years; second, the neo-liberal treaties (European constitution) which make socialism, and ultimately all of Keynesianism, illegal in the EU; third, irreversible legislation, as it requires a 100% agreement between the countries to change a treaty; fourth, the euro as an economic restriction with a central bank that is not democratically controlled; fifth, an unequal development between the member states which makes it difficult to act or to coordinate policies; sixth, the growing role of the European Court of Justice which has recently adopted agreements that weaken the rights of trade unions, and seventh, a broad system of financial sanctions on the states if they do not comply to the one provided for in the EU treaties or agreements. Therefore, it is necessary to create “another Europe” as an alternative to the existing one.

In order to advance in this direction, an accurate analysis of the relationship of forces and powers is necessary, and a strategy to get there has to be defined. Especially because the political development of a society is not isolated from conflicts, class struggle, and the correlation of forces between them. Since the collapse of the communist countries and the breaking of the consensus among the social classes in the western world, and specifically in Europe, communism and social democracy have been in crisis. In general, the forces of the working and popular classes and the trade union movements in Europe are in crisis. The EU has played an important role in this crisis by moving from the hegemony of Keynesianism to that of neo-liberalism (in its German ordoliberal version) – and by introducing the euro – which resulted in the capitalist elites suppressing the movements and interests of workers and the popular classes. The hegemony of neoliberalism and the adoption of increasingly authoritarian forms have been reinforced by the application of austerity policies (and the resulting increase in unemployment) in the 2008 crisis, which dismantled the welfare state and greatly weakened the bargaining power of the trade union movements (which by 2015 had half of the membership as in 1980). This policy is not simply incorrect or inappropriate and cannot be solved with more social dialogue, as propagated by social democrats and the forces that aim to reform the current EU regimen, but it is the expression of conflicting class interests.

The option of abandoning the euro (Lexit), and ending the EU project from the Left, will require in order to have the possibility of success, a good analysis of the power of each specific society, and, most importantly, a relevant mobilisation of the popular classes and, if possible, external solidarity. There are some forces of the Left that resist this option and accuse the anti-EU Leftists of holding the same position as the extreme racist and nationalist right. But, in reality, the opposite is true. If the authoritarian and neo-liberal power driving the EU is really going to be weakened , the exit of the euro and the EU is an important and necessary instrument for achieving this. It is not the radical critique of the EU from the outset that has created the extreme right but the policies pursued by the EU that have devastated the lives of millions of people from the working class and the rest of the popular classes, fostering discontent and growing feelings of powerlessness. A democratic, internationalist, supportive Europe with the right to self-determination can only be developed if the current bureaucratic, authoritarian and neo-liberal EU is ended.

As the renowned Professor Wolfang Streeck said, “But when should the left expect to make electoral progress among European workers and reformist sections of the middle class, if not now? There is an urgent need to explain the Left disastrous failure to do this … The first and most basic reason is the seemingly total absence of a realistic anti-capitalist, or at least anti-neoliberal, left-wing political strategy related to the European Union”.

Towards the Uberisation of Care? – Interview with Alisa Trojansky

“Care” may be the word of 2020, alongside “coronavirus” and “lockdown”. Alisa Trojansky, assistant in the Socialists and Democrats Group in the European Parliament, is the author of “Towards the Uberisation of Care?: Platform work […]

A Christmas message from Scotland’s Robin McAlpine. It is one we universally  share. Either we grasp the reality we are in and pull together, or much, much worse is to come. Although we do our […]

Robin McAlpine – This is What an Independence Election Sounds Like

This is what an independence movement should look like. Another great weekend read by Robin McAlpine. Robin McAlpine is the director of the Scottish think tank Common Weal. Cross-posted from Common Space So this is […]