The Gig Economy Project looks at how work is changing in Europe three months into the Covid-19 crisis, finding that the combination of corporate lobbyists exploiting the crisis and the growing dominance of the digital sector is accelerating pre-Covid trends towards precariousness. 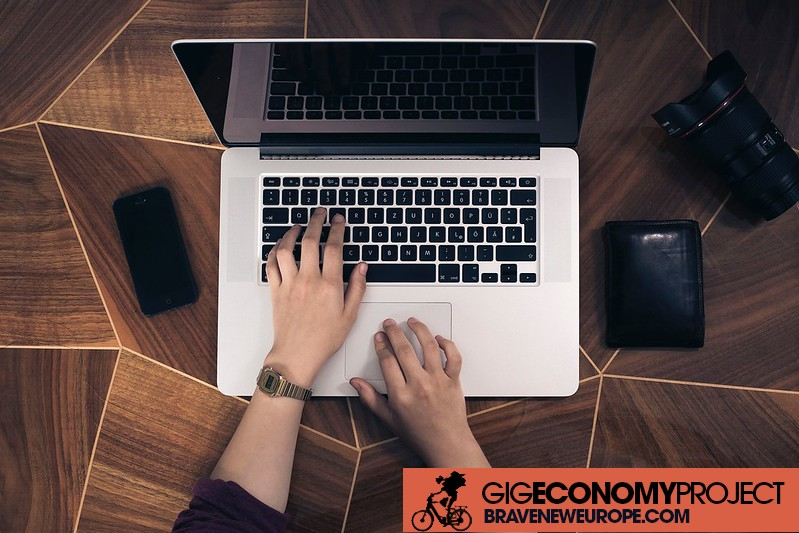 Three months into Europe’s Covid-19 crisis, it’s difficult to find a politician who doesn’t have lots of warm words to offer workers. There is a dishonest reverence of those who have been on the frontline of Covid-19; they are to be lauded, clapped, maybe even given small rewards, but signs of politicians offering real influence or power are few and far between. Meanwhile, the corporate lobbyists are welcomed in by the back-door.

“The only change is that this work of influence has shifted from coffee and pastries to platforms like Zoom and WhatsApp,” a French ministerial adviser told Le Monde in April.

Friends of the Earth France and the Multinational Observatory have today published a report on the “hidden epidemic” of corporate lobbying in Europe during the Covid-19 crisis, they find that: “While the human dramas and containment attracted all the attention, industrialists and private sector spokespeople wasted no time in “not letting a good crisis go to waste. Taking advantage of the emergency and of an exceptional situation, they pushed their interests to decision-makers, sometimes with a good dose of cynicism, on subjects that had nothing to do with the health and social context.”

A “new social contract” has been mooted by Europe’s New Justice Commissioner Didier Reynders, but companies and states are already re-designing many of the rules which govern work, in favour of capital and to the detriment of labour.

In France, for instance, a “new wave of labour law relaxations was passed in May, overriding certain limitations on the use of precarious contracts.”

“There are signs in the industry that companies will use the coronavirus crisis as an excuse to impose special rules on leave and overtime at least until the end of the year. At the same time, employer lobbies are working to challenge the established legal principles of employer liability for occupational health,” the report finds.

“For many of the regulations bracketed in the name of the epidemic (e.g. labour law), it is unclear when they will be reinstated, under what conditions, and who will decide.”

A neoliberal regulatory push by the corporate lobby has to be looked at in the context of a surge in remote working during Europe’s lockdown, with nearly four in ten workers starting to ‘telework’ during the crisis. Teleworking changes the dynamics of the capital-labour relation, as the distinction between work and home life evaporates. There has been a nine per cent increase in unpaid over-time when teleworking, with one in four workers saying they do unpaid work from home, thus ratcheting up the rate of exploitation.

Some are thinking about how the advantage’s to capital of digitalisation can be embedded. The Montaigne Institute, a French Neo-liberal think-tank, has argued for “an increase in working time without the corresponding additional remuneration being paid immediately” as an answer to the crisis. Unpaid work could instead be remunerated through “a formula for calculating the minimum profit-sharing reserve paid the following year”. This is the commodification of labour intensified for the data age, where an individual’s pay is increasingly tied to long-term company performance.

As companies lay-off or furlough workers and decide not to re-hire, the benefits of the increased flexibility offered by the digital vector come clearly into view. Not only does teleworking reduce the need to pay for fixed costs like office space and workplace supplies, it invites bosses to view work as not being time-based around a physical place of work, but as a task-based exercise, with labour fully adaptive and disposable based on ever-changing corporate demands. Gig economy practices can thus become the new normal for CEOs post-Covid.

While capital re-orders itself, the precariat scrambles for work. The AppJobs Institute finds a remarkable 89 per cent of gig economy and self-employed workers are trying to find new sources of income, while survey data analysed by the Fair Work Foundation finds half of all platform workers have stopped working during the lockdown.

Young people are being hit especially hard, with 159,000 newly unemployed young people in April alone, according to new EU unemployment data published today. One in three young workers in Europe, 12 million people, do not have a permanent contract.  41 per cent of those are in jobs categorised as “high-risk” from Covid-19, with just 15 per cent considered low-risk. The precarious nature of gig economy work will be all many young people have ever known, while many millions more will be venturing into the platform sector for the first time.

“The gig economy will continue to grow as companies seek a low risk staffing option and workers seek economic opportunity in the gig economy with minimal effort to participate,” Tobias Porserud, Director of the AppJobs Institute, has argued.

“All you can do is do remote work, so instead of hiring new people, [companies] now need to find freelancers…We think that change is here to stay. It will get entrenched.” Litz Rosenzweig, co-founder and CEO of freelancer platform WorkGenius, told ‘The Gig Economy Tracker’.

There are few signs that working conditions in the platform sector are improving, either. The Fair Work Foundation surveyed 120 platforms internationally and found “little evidence” that they had sought to compensate workers during Covid-19, with just five having “any direct policies to increase pay rates or compensate for lost pay.” No platforms had made permanent changes to terms and conditions that were beneficial since the crisis began, and they found “no evidence” that demands from trade unions or other worker associations are being officially recognised.

“Overall, we found there is a gap between rhetoric and reality: platforms have been far better at publicising responses than at actually delivering them to workers,” FWF conclude.

The platforms are learning a lot from the politicians, then. All the signs suggest a “new social contract”, the buzz-phrase of the Covid-19 era, is little more than a PR exercise, and that the corporate lobby are finding obliging legislators in the parliaments of Europe. Work is being transformed by the Covid-19 crisis, but the extraordinary acceleration of  digitalisation is likely to be accompanied by increasing precariatisation, unless a counter-force emerges that can organise platform workers at scale and build viable alternatives.

A serious turning point is being ignored by the policy community as well as the pundit and academic communities Melvin A. Goodman is a senior fellow at the Center for International Policy and a professor […]