Financialisation has changed the relationship between bosses and workers. Unions must change to face these realities argues Ben Wray, in a review of a new study of these problems. 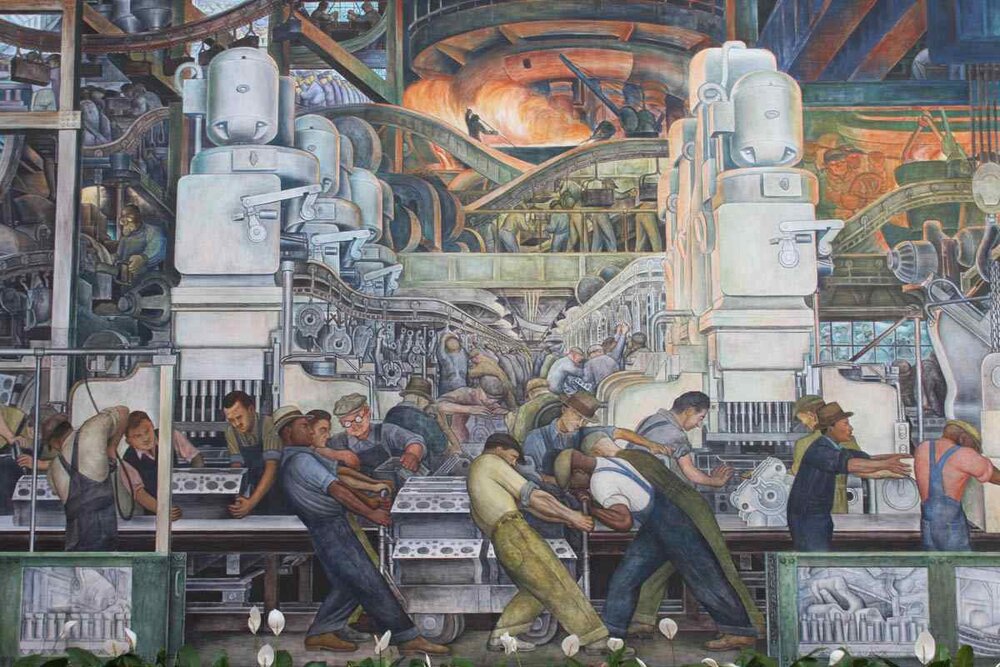 For anyone on the left, the continued weakness of the trade union movement remains a major problem. What are the structural impediments to a revival of trade unionism, and how can they be overcome? This is a critical question, and one that Alice Martin and Annie Quick’s clear and concise book, Unions Renewed: Building Power in an Age of Finance, makes an important contribution towards answering.

How financialisation undermines the power of workers

Financialisation – the dominance of financial logics in global capitalism – has complicated industrial relations. We can no longer speak of a simple two-way distribution between the worker’s wage and the company’s profit. Finance is now a commanding presence in capitalist relations, one which extracts value at every stage of the accumulation process.

Think about the modern corporation on the FTSE250 (the largest companies listed on the London Stock Exchange), where ‘shareholder value maximisation’ is king and shareholder turnover is constant. In that context, these transient shareholders are not necessarily concerned with the company’s profitability, and certainly not its productivity. Share prices can be boosted in the short-term by laying off productive workers, or taking on corporate debt solely to use it in share buy-back schemes to inflate the value of shares. A company’s core activity can be loss-making but if it has made the right moves in financial markets, it can boost its share price and thus satisfy the shareholders.

“The truth is that in the short term, this approach works; CEOs of the fifty US firms that laid off the most workers since the onset of the economic crisis took home 42% more money than the average CEO,” Martin and Quick find.

Accountants are now running corporations, because the bottom line is more about navigating the world of finance than actually producing things. Martin and Quick cite the example of Carillion, the UK PFI (Private Finance Initiative) firm which went bust in 2019 at a cost of £150 million to the public, to show how “creative accounting” has turned businesses into schemes for shareholders to extract as much wealth as possible.

“Carillion had multiple contracts to deliver a raft of UK public services, including across business, hospitals and schools,” Martin and Quick write. “Using a finance technique called ‘net present value’, Carillion was able to pay shareholders returns based on expected future cashflows. Between 2012 and 2016 the company made a total profit of £669 million and paid out £371 million to shareholders. But in fact, they had only generated £166.4 million in cash from normal operating activities. That means that, using creative accounting, they paid shareholders more than twice what they actually made.”

If all of this appears bamboozling, imagine how it feels for workers at these firms. Opaque financial accounts make collective bargaining more difficult – if a company appears to be making no profit, can workers really squeeze a pay rise out of them? Or if they really do have a mountain of debt, could rising wages tip them into insolvency?

Martin and Quick find that “knowledge is often power”; workers and unions need to know who and what they are dealing with. The new practices of wealth extraction remain obscure, and must become part of the common understanding of the workers’ movement.

When private equity firms get their teeth into a company they will often load debt on to it, as part of a plan to extract the value from its assets, pay themselves extortionate management fees, and then sell-on whatever is left over. Or as trade unionist Phil Jennings puts it: “Buy it, strip it, and flip it…it’s all about value extraction and not value creation.”

Then there is the fact that workers themselves have been financialised through debt and (high) rent, limiting their own financial wriggle room. The authors look at the example of Uber drivers, who are not recognised as employees by the company and therefore have almost all the costs (and risks) of car hire outsourced to them, including the car. This is the gig economy model. Many can’t afford to purchase a car or car insurance, so Uber has come up with an ingenious scheme of providing insurance and loan services directly to drivers. Thus they have found a way to exploit drivers two times over – first by outsourcing all of the costs of the labour process, and second by preying on the vulnerability this generates to trap them in debt.

The net result of all this is that financialisation has decreased the power of workers relative to capital. Martin and Quick cite one study which found that the more active non-financial firms are in finance, the smaller the share of income which goes to workers. But there is also a broader shift at work here.

Finance not only transfers wealth from workers to the super-rich, but also from sectors which produce things (which are increasingly low-profit) to rent-seeking sectors (which are increasingly high-profit). This means that in many industries, especially ones where outsourcing is rampant, like construction, it may well be true that the direct employer is barely scratching a profit, once the chain of debts, which end up at the City of London or Wall Street, are all accounted for. Unions are generally concentrated in the low-profit (or public) sectors. This is called the “sectoral trap”, and the consequences of this for the ability of workers to tackle inequality are profound.

“Unions can certainly increase wages by organising in high-employment, low-profit sectors, and these gains would create real improvements in people’s lives now. But there will be a limit to the extent to which this work can stem overall inequalities of money and power,” Martin and Quick find.

Building power in an age of finance

What can unions do to combat this new reality of financialised capitalism? For Martin and Quick, the change required by trade unions is nothing less than a “shift from managing their own decline to shaping and building a new economic system”. This requires a sea-change, whereby “the notion of unions as vehicles for narrow wage-bargaining must be abandoned”. Instead, “just as the financial system extracts wealth on a number of fronts, the labour movement, too, must be ready to resist on just as many fronts”.

A renewal of unions on this basis would see cross-sector industrial organising; building coalitions with tenants’ unions and debt strikers; engaging in ‘shareholder activism’ and placing demands on pension funds; and always politicising industrial action.

The example of the Chicago teachers strike in 2019, where the need for social housing was included in the strike demands and alliances were built with parents and the local community, is seen as a positive case of union renewal. In Minnesota, teachers also demanded that the local authority break ties with banks that foreclosed on families with school-aged children.

The authors also find that unions may need to be willing to take on more leadership in building an alternative economy, such as stepping in when financialised firms collapse or when ‘foundational’ parts of the economy are abandoned by capital. There is not a strong tradition of unionised co-operatives in the UK, but it has to start somewhere.

Finally, unions themselves need to become more representative of the modern working class both at membership and leadership level, which means younger, with greater representation of ethnic minorities and women. The IWGB is an example of a new union with a young leadership which has shown it’s possible to organise marginalised workers in the gig economy and cleaners, many of whom are migrants.

“It’s no coincidence that many of the existing ‘green-shoots’ of creative union activity have been actions led by migrants, women or people of colour,” Martin and Quick find. This is a vision for social movement unionism, which the authors say is necessary as “institutional unionism” is in “an almost universal period of decline”.

“The political influence of European trade unions on policy making – even in the Nordic states – is falling,” they add.

They point out that in the Nordic countries the legacy of centralised collective wage-bargaining has stemmed runaway income inequality, but “Sweden has higher wealth inequality than France, Germany and the UK”. Even in Sweden, where the old union model of the pre-neoliberal era was at its most successful, is not fit for the challenges posed by financialisation. There is no going back.

Of course, not all of the burden of tackling financialisation can be placed on the backs of unions. Debt – as a contractual claim on the future creation of economic value – is ultimately a problem of the state, and thus reining in finance will require political transformation, up to and including major debt write-offs.

But unions have a key part to play in creating the conditions for such a political transformation through the (re)formation of working class organisation and consciousness, and union renewal is crucial to that. Without it, it is difficult to envisage what the social base would be for such a political transformation – no socialist government, however committed, can take on the power of finance alone.

Martin and Quick’s book is a valuable contribution to the debate about union renewal because it asks the right questions and doesn’t shirk from the true scale of the problem, while maintaining optimism that workers still have the power to do something about it.

George Hoare – The EU and democracy: the EU as undemocratic and as antidemocratic?

The packed launch event of Costas Lapavitsas’ The Left Case Against the EU earlier this week suggested that there is increasingly fertile ground for arguments against the European Union that appeal to Leftists. While these arguments have […]

Anna Coote – Universal Basic Income: New Study Finds Little Evidence That It Can Live Up to Its Promise

Richard is writing about the UK economy, but a great deal of this is relevant for the EU. Richard Murphy is an economic justice campaigner. Professor of Accounting, Sheffield University Management School. Chartered accountant. Co-founder […]