The hero of yesterday  – the Ghost of Kyiv – is today’s good natured hoax. Hey, war can be great entertainment. No wonder Netflix is losing subscriptions. It is not half as much good fun and moral confirmation as a war.

Boaventura de Sousa Santos is the emeritus professor of sociology at the University of Coimbra in Portugal. His most recent book is Decolonizing the University: The Challenge of Deep Cognitive Justice. 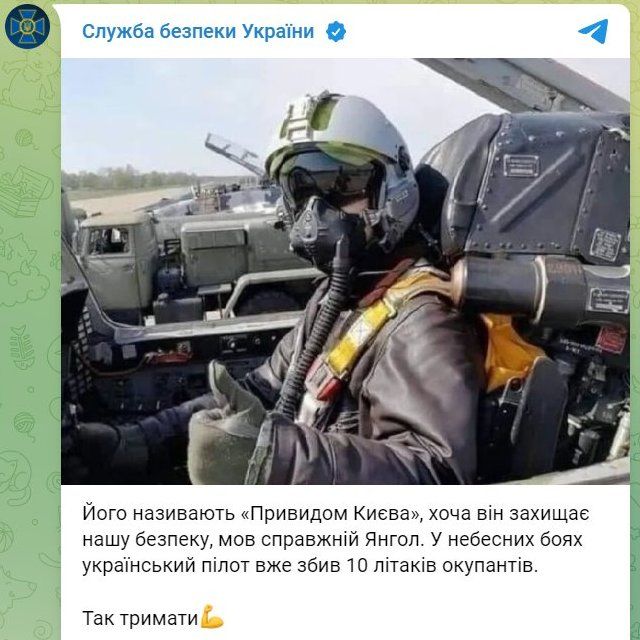 The North Atlantic media is entangled in an unprecedented information war. It is characterized by a relentless erosion of the distinction between facts and the manipulation of emotions and perceptions, between conjectures and unassailable truths. I saw this kind of information war in the United States firsthand during the last years of the war on Vietnam and in the lead-up to the war on Iraq—both wars driven by political hoaxes that led to numerous war crimes.

Manipulation of the news around Russia’s war on Ukraine is aimed to prevent public opinion from seeking a lasting peace for both Ukraine and the region. The aim of this information war is to prolong the war to serve the interests of those who wish to promote it. How does one know what constitutes facts and what constitutes lies, and how can one learn to explain events without being accused of justification?

To demonize your enemies, you must first dehumanize them. They must be defined as having acted criminally and without provocation. I have unconditionally condemned the illegal invasion of Ukraine, but I am nonetheless still interested in how we got to this point. Stephen Cohen’s 2019 book War With Russia? provides a thorough analysis of the relations between the United States and Russia since the end of the Soviet Union and the dynamics of these relations with respect to Ukraine since 2013. Cohen considers the conflict in Ukraine as a “proxy war,” but one that involved “too many American and Russian trainers, minders, and possibly fighters.” He reminds us of the war in Georgia (2008) and in Syria (2011). “The risk of a direct conflict” between the United States and Russia “continues to grow in Ukraine,” Cohen wrote in his book in 2019.

The United States government sees the world divided into democracies and autocracies. Governments that are deemed by Washington to be hostile to it are defined as autocracies. For its Summit for Democracy, which took place in December 2021, the United States, for example, did not invite Bolivia, even though the country had recently gone through the election process; meanwhile, the U.S. invited Pakistan, the Philippines, and Ukraine, even though the U.S. government said it had misgivings about these states (in the case of Ukraine, only a few months earlier, the Pandora Papers revealed the depth of corruption among Ukraine’s elite, which included President Volodymyr Zelenskyy). Because Ukraine represents the struggle of “democracy” against Russian “autocracy,” Zelenskyy was invited to the summit. The concept of “democracy” is robbed of much of its political content and weaponized for purposes of promoting changes of government that are beneficial to the United States’ global interests.

While Russian President Vladimir Putin’s exaggerated claims of the threat of Nazism in Ukraine that he is using to try to justify his illegal invasion of Ukraine are not true, the far-right paramilitary elements and their recruitment of foreign fighters that have pervaded Ukraine are worth examining. It is not unthinkable that the arming and financing by Europe and the United States of democracy-minded Ukrainian forces, even if this aid is not directed at known far-right extremist militias in Ukraine, could still bleed over. There is a risk that far-right extremists could gain a foothold, and one that is not merely confined to Ukraine. In a 1998 interview with L’Obs, previously known as Le Nouvel Observateur, Zbigniew Brzeziński, former U.S. President Jimmy Carter’s national security adviser, said that in 1979, the U.S. “knowingly increased the probability” of the USSR invading Afghanistan, in the hopes of giving the former Soviet Union “its Vietnam war.” Similarly, in February 2022, former U.S. Secretary of State Hillary Clinton told MSNBC that she hoped that the United States would do to Russia in Ukraine what it had done to Russia in Afghanistan.

The NATO Secretary-General Jens Stoltenberg has said that this war “may last for a long time, for many months, for even years,” which should have set off alarm bells among Europe’s political leaders. The consequences of a second Vietnam-style war by Russia could be disastrous for both Ukraine and Europe. Russia, which is part of Europe, will not be a threat to Europe unless Europe becomes a huge U.S. military base. Therefore, the expansion of NATO is the real threat facing Europe.

Turned into a mere sounding board for U.S. strategic choices, the European Union is advocating Ukraine’s right to join NATO as being the legitimate expression of universal values (and European values, but no less universal for that reason). At the same time, the United States has stepped up integration with Ukraine, as was seen in the November 2021 U.S.-Ukraine Charter on Strategic Partnership. One wonders whether Europe’s leaders are aware that the recognition of Ukraine’s right to join a military pact like NATO is being denied to other countries by the United States.

Even if European leaders are aware that the U.S. is denying other countries this right, it will make no difference, given the state of militaristic stupor in which they find themselves. Thus, for example, when the tiny Solomon Islands in the Pacific Ocean approved a preliminary security deal with China, in 2021, the U.S. responded immediately and with alarm by sending senior security officials to the region to stop the intensification of security competition in the Pacific.

The Truth Comes Too Late

The information war is always based on a mixture of selective truths, half-truths, and blatant lies (called false flags), organized with the purpose of justifying the military actions of those promoting it. I have no doubt that an information war is now being waged by both the Russian side and the U.S./Ukrainian side, even if, given the level of censorship that is being imposed on people worldwide consuming this information, we still know less about what is happening on the Russian side. Sooner or later the truth will emerge, the tragedy being that it will inevitably be too late. In this troubled beginning of a new century, we do have one advantage: the world has lost its innocence.

WikiLeaks Founder Julian Assange, for example, is paying a heavy price for having helped in the truth-finding process. To those who have not given up thinking for themselves, I recommend the chapter entitled “Lying in Politics,” in Hannah Arendt’s 1972 book Crises of the Republic. With this brilliant reflection on the Pentagon Papers, Arendt offers exhaustive data on the Vietnam War (including many war crimes and many lies), gathered at the initiative of Robert McNamara, one of the main actors responsible for that war, who also served as secretary of defense under two presidents during that period.

When armed conflicts take place in Africa or in the Middle East, Europe’s leaders are the first to call for a cessation of hostilities and to declare the urgent need for peace negotiations. Why is it then that when a war occurs in Europe, the drums of war beat incessantly, and not a single leader calls for them to be silenced and for the voice of peace to be heard?

Branko Milanović – China to the rescue?

After the US seized Venezuelan, Afghan, and Russian assets, China could be next. To preempt any such move, Beijing could sell parts of its US assets to assist poor nations most affected by increasing food […]

It seemed a sure thing. A vast majority of political parties in Portugal – from far left to neoliberal right – got together four days before Christmas to reward themselves by inserting lucrative loopholes in […]