A look at developments of Chinese inequality, expeciall in 2020 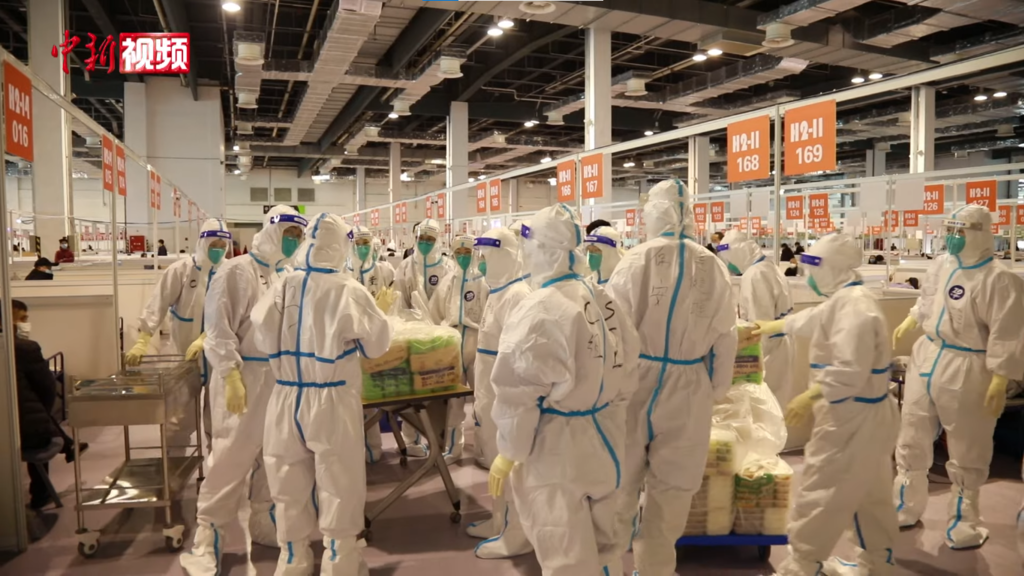 There has been an enormous talk of the new inequalities wrought by covid-19 between and within countries: in mortality and morbidity, vaccination rates, style of life (those who had to show up physically at work vs those who could stay at home), unemployment rates, gender, age etc. But it is only now that actual information about income inequality in year 2020, the year I of covid, is becoming available. A couple of months ago, US micro data from the Current Population Survey, harmonized by Luxembourg Income Study, showed a significant decrease in disposable income inequality in 2020. US inequality went down by 1.7 Gini points which is the largest annual drop in at least thirty years. The decrease in inequality was driven by very generous government transfers (2020 CARES Act alone disbursed funds equal to 11% of GDP) whose objective was to help individuals and businesses that were most affected by the epidemic. Since the support was (very broadly) income tested, it helped much more those in the lower income brackets.

Chinese National Bureau of Statistics has also published (in the Statistical Yearbook for 2021 available here), the data on incomes and distribution in rural, urban areas and for China as a whole. The Chinese data that are provided are rather minimalist (as usual, the Yearbook publishes per capita incomes of only five quintiles for rural and urban areas, and all-China), but they do allow us to see the effects of the crisis, especially when we compare the developments in 2020 with the previous years. It is important to recall that for China, year 2020 was much less traumatic than for almost the entire rest of the world. China’s real GDP per capita rose by almost 2% while more than 100 countries in the world experienced negative growth, and the global real GDP shrank by more than 5%.

If one looks more carefully at what happened to urban incomes (in red), it becomes apparent that growth in 2020 was pro-rich, in the sense that percentage growth was higher for richer income groups (4.8% for the top group vs. almost no growth for the lowest-income group). In the rural areas, the situation was more mixed, with the poorest, as we have seen, growing the most, while for the others quintiles growth rates were broadly the same. High growth rates among the rural poor may be related to the government explicit policy to eliminate rural poverty that was particularly actively pursued in 2020.

The overall impact of such changes was that the rural Gini remained unchanged, while the urban Gini increased. It is important to highlight that these Ginis are calculated from only five data points (five quintiles) and thus probably understate the “true” Gini by several Gini points. China is unusual because its rural inequality is consistently higher than urban. As we note here (graph below), rural Gini is about 35, urban around 32. To obtain the all-China Gini, one needs also to include the differences in mean incomes between rural and urban areas. Since 2013 (when China unified its rural and urban household surveys), overall inequality was, according to the official sources, remarkably stable at just under 40 Gini points.

For the years for which we have more detailed micro data, and/or rural and urban ventiles, we can compare such results with the ones that we obtain from the much more compressed data published in China’s Statistical Yearbook: in 2013, China’s overall Gini was 43 (based on micro data) and 40 (based on government published quintiles); in 2018, it was 47 vs. 40. The published results therefore underestimate inequality by at least several Gini points.

Government statistics also provide information on aggregate consumption. Here, the interesting result is that per capita consumption decreased in urban areas by 4.5% and increased, by the Chinese standards, by the modest 2.7% in rural areas. Overall real per capita consumption, for the first time since 1978 when such results have been published recorded a decline of 2.2% (see Table 3.1 in the 2021 Statistical Yearbook). It will be noticed that the decrease in consumption occurred while real incomes went up by 5%. Thus obviously—if all these numbers are mutually consistent—the share of savings in household incomes must have increased substantially.

Overall, based on the published numbers, 2020 certainly was not a “normal” year in China either. Household income growth slowed down (from around 8% per capita to 5% per capita), the poor in urban areas saw almost no real income growth at all (very unusual), while the incomes of the poor in rural areas increased by almost 10%. Urban inequality slightly increased. The typical features of China’s distribution, namely that rural incomes are more unequally distributed than urban, and that they are much lower on average, remained unchanged.

Eight criteria for the import of green hydrogen into the EU. Christoph Heinemann is an expert on the production and use of hydrogen as a climate protection tool. Dr Roman Mendelevitch is an expert on […]