A short, but cogent piece. 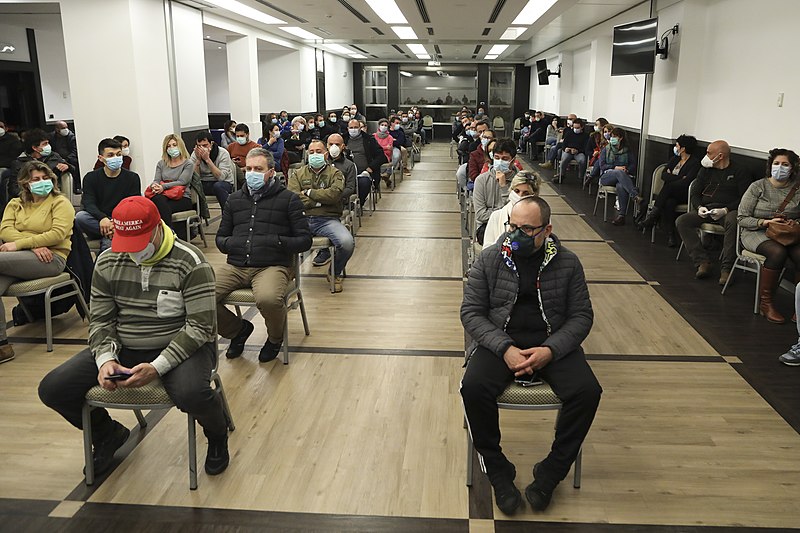 Inequality is by definition multifaced. Not only is there a difference between income and wealth inequality, but inequality can be also inequality between genders, races, ages, territorial units within a country and so forth. When one takes a stroll in a city like New York, inequality is evident by simply walking from one area to the next.

Thus, it is not surprising that one is likely to see a relationship between inequality (in its many incarnations) and the effects of the pandemic. This is, I think, very obvious in the case of the United States, but is probably so in other devastated countries like South Africa, Peru, Chile, Brazil and India.

US health inequality is well known. Even after Obamacare, almost 30 million Americans do not have health insurance. Many depend on their jobs to provide it. When jobs are gone, as was during the pandemic, the insurance was lost too. Health inequality contributed to casualties even if many hospitals treated patients regardless of whether they had insurance or not—thus showing a remarkable level of civic spirit that politicians apparently lack.

US education inequality is seldom mentioned in covid debates. But low quality of elementary and high school education combined with wide latitude to do home schooling contributed to widespread dismissal of science and prophylactic measures to curb the spread of the epidemic. The fact that the US ranks way ahead of its income comparators in the percentage of the population who holds the most extravagant beliefs (from rapture to flat earth) is not an accident. It showed its nefarious character during the crisis when people just refused to believe in what science told them was bad for themselves and their family and friends.

A fragmented system of political decision-making seemed at first very helpful, in face of an openly obstructionist federal government. By that too proved an illusion: inability of higher territorial units (like states) to enforce rules to contain the pandemic over lower jurisdictions (counties) led to an administrative chaos. Additionally, it led to the expansion of the pandemic since unequal treatment by countries under conditions of free movement of people, spreads the virus. The least restrictive units determined the spread. Being responsible under such circumstances made little sense as it would only harm own business and not check the contagion. Thus the incentive for generalized irresponsibility was created.

Inequality in political power became obvious too. Even when state or county administrations were determined to impose harsh measures, they were subjected to the relentless pressure of businesses. Few politicians, who are aware of how important is business support for their elections, were able to resist that pressure. Most notably, that transformed California from an early success case into a debacle.

Inequality in casualties, as the latter were especially high among Blacks and Latinos, probably blunted the political response. Neither of these two communities is politically powerful. Among the Latinos in California many might have been non-documented aliens, and hence their political influence was even less. Their deaths largely did not matter.

The outcome of all these processes was that a democratic country appeared, and indeed was, much more indifferent to deaths than an authoritarian regime like China’s.

US cared more about businesses than deaths, but ended with an epic economic decline and the highest death toll in the world (as of September 2020).

John Weeks – What is Post-Capitalism?

“The transition to post-capitalism requires a change in production and distribution based on wage labour, which will result in fundamental restriction of the role of markets.” John Weeks is Professor Emeritus, School of Oriental & […]

Why China is anathema to the USA Michael Hudson is the author of Killing the Host (published in e-format by CounterPunch Books and in print by Islet). His new book is J is For Junk Economics.   Cross-posted […]