Once again a great weekend read from Branko Milanović.  Knowledge in all its facets is invaluable to understanding the world and its apparent complexities, which sometimes are not as complex as they appear. AJP Taylor was an expert at explaining these especially if you wish to understand Europe 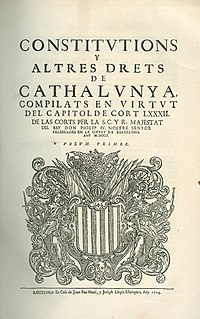 Tonight, at a dinner time conversation in Barcelona, we went into Catalan history. And I argued how living or spending time in a place that has political problems today leads you, whether you want to do that or not, into trying to figure out the roots of those political problems. That inevitably leads you to history. And you learn so much about the places about which you knew so little before. That was my experience in Catalonia.

But it was just one of the many similar experiences that, as I wrote in Non-exemplary lives, can come only with personal involvement or interest in a given issue.

Let me distinguish between school history and “real” history. The school history is absolutely crucial. We learn it (as the name says) in school. I learned reasonably well the Communist history of Yugoslavia (focused on the World War II and different Communist party congresses while the Party was illegal in the 1920s and 1930s), and then I learned quite well the Continental European history in my high school in Belgium. I do say explicitly “Continental” because the English, or more broadly “Anglo-Saxon”, history did not feature much in our curriculum. It was basically ancient Greek, Roman, French, German, and a bit of Central European and Russian history that we learned. And nothing outside of Europe.

There is also a “real” history, a history that you want to learn to understand who you are and your place in the world. For me it was the Communist history: from Marx to Mao. Reading about it, in my twenties, was like going to the forbidden edges of the Christian theology: to the time when Christ was just a man among other men, walking around and telling stories. Marx was likewise only a forlorn German philosopher in London. Lenin was an angry émigré among the many in Zurich. Herr Bronstein was reading the newspapers in Café Central. Yes, Enrico Berlinguer said in the 1970s: “The October Revolution was not our Christmas”. But it was. I was reading that history like somebody eager to discover who he was and who were his parents.

About the time when the Wars of the Yugoslav succession were about to break out my interest in Yugoslav history, as such, was minimal. I was interested in it solely to the extent that it was part of the general Communist history—I suppose the same way that a true Catholic or a true Muslim may be interested in French (or Persian) history as a subset of the general Christian (Islamic) history.

The Yugoslav wars though were not about the Communist history but about something much older and more profound. So my knowledge of Lenin, Adler, Engels and Hilferding was useless. I started reading about the history of the Habsburgs and the Ottomans, about the Serbian history and most importantly about the Eastern Roman Empire. The latter led me to my first paper in economic history (Income and inequality in the early 11th century Byzantium, at the time of Basil II) which led to the definition of the Inequality Possibility Frontier, a concept that has since been used quite often in economic history.

It had three other consequences. Having read Jaroslav Pelikan’s great book on the Eastern Roman Empire, and his forceful critique of Gibbon, led me to one of life-changing experiences, which is the reading of Gibbon’s “The decline and fall…” I would have never come to that point were it not for the dissolution of Yugoslavia, and my being personally affected by it.

I then also read the book that I still suggest to everybody who asks me about the best book to read on the break-up of Yugoslavia: AJP Taylor’s “The Habsburg Monarchy”. It is only after having read Taylor’s dissection of all the ways, and all the failures, to create a multinational state in Central/Eastern Europe, that one can understand the centrifugal forces that devoured the last such attempt. It is a much better book to read, if you want to understand the topic, than any of the contemporary non-fiction.

And it also prompted me to read lots of literature on the Serbian modern (19th century) history. I never mastered it as well as I mastered the Communist history but I was quite good at it—to hold my own when I had discussions with most rabid Serbian nationalists; I could see, in their eyes, and at times in their explicit acknowledgment, the appreciation for my knowledge—even when they thoroughly disagreed with my views. It made me realize that most of national grievances and extremism (as Hobsbawm indeed noticed) were really grounded in the feeling of inferiority and in dominant cultures’ disregard of other “less important” experiences. I became convinced that if you know Russian/Islamic/Chinese/American history well and speak the language fluently, there is no Russian/Islamic/Chinese/American nationalist, however extreme (assuming that he is not a fraud but somebody who knows the facts well), who would not give you a grudging recognition and would not be willing to moderate his opinions.

Learning the pieces of Catalan and Spanish history now (mostly from the others) made me realize–again–how the “real” history, the history of the place we happen to be at a given point in time, is crucial. And how important it is to have varied experiences, to live in many different places, to speak different languages, for we cannot learn that “real history” unless we have skin in the game.

Sometime I wonder: how can people who live in “happy” countries where history does not matter “feel” history? I do not know.

“We live in an age in which the relationship between science and morality, between objective empirical knowledge and our moral intuitions, is deeply problematic.” Jonathan Hearn is Professor of Political and Historical Sociology at the […]

Hans Petter Graver – EU: The Demise of Viking and Laval

This may appear trivial and arcane to most readers, but it is just as important as the recent court decision against Shell in Holland. Suddenly human rights  are taking priority over market freedom –  much […]