A look at how Xi Jinping would like us to believe he views the world. 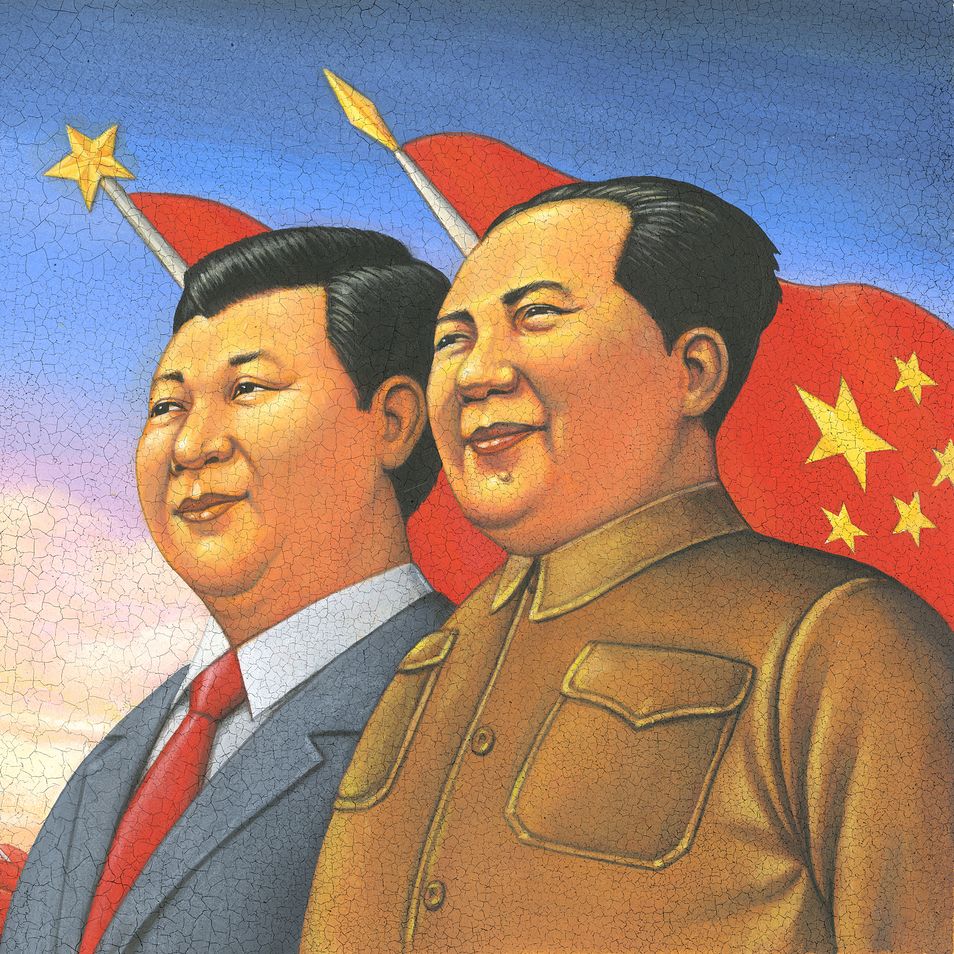 Several years ago, Chinese state’s People’s Publishing House introduced English translation of excerpts from Xi Jinping’s speeches and, in a few cases, from his writings under the title of “Anecdotes and sayings of Xi Jinping”. The original was published in Chinese in 2017. The link to the book is available here. I could not find it on Amazon though. I am unsure if it is available in the United States. I recently bought a paper-copy in Belgrade and read it in Serbian translation made from the English translation. Thus one has to take into account that the text has gone through a number of language metamorphoses.

Some may compare the book of Xi’s “anecdotes and sayings” to the famous Little Red Book. There are similarities in the sense that both publications aim to promote the way of thinking of the leaders, and that Xi has recently began to enjoy somewhat of a cult of personality reminiscent of the one that enveloped Mao from the Cultural Revolution to his death. There are also differences. The Little Red Book was a collection of relatively short excerpts from Mao’s writings. The current Xi’s volume is a selection of longer (on average page-long) pieces from Xi’s speeches, each followed by a more detailed interpretation written by the editors of Renmin Ribao (People’s Daily). Since Xi’s “anecdotes” draw very heavily on Chinese history and since the level of historical detail to which Xi refers is unlikely to be known to most non-Chinese readers (and I would guess to many Chinese too), interpretations are absolutely indispensable. I wish they were clearer and less repetitive of Xi’s own sayings.

There is another important difference between Mao’s and Xi’s books. Mao belonged to the generation of leaders like Lenin, Stalin and Churchill who were writing their own texts (and, in Mao’s case, poems as well). So we could be sure that whatever was published was indeed written by these old-fashioned leaders. Leaders nowadays rely on ghost-writers. This is especially the case when we deal with speeches that provide most of the text in this book. We cannot be sure if this is something that Xi has really said, or that his speechwriters have written and he just approved. This is not a small issue. Why? Because the book is replete with examples from the Chinese history and literature, Marxist literature, and finally world literature and history. Xi is, by his own admission or claim, a voracious reader, and has been so since a very young age (“What do I do with my leisure time? Of course, most of my time is spent working. The only hobby that I have retained [from my youth] is reading; it has become my way of life. It strengthens my spirits, gives me inspiration, reinforces my morality.”). But did anyone who was climbing the steps of power in China (or elsewhere) really have enough time to absorb all these different schools of thought? We do not know. But the reader may wonder.

The book is composed of two parts. The first is directed at the Chinese reader, discusses Chinese (but also to a certain extent global) themes, and uses mostly the examples, projected as metaphors, from the millennial Chinese history, the cases of extraordinary individuals from the Maoist times, and even some from the contemporary period of construction of “socialism with Chinese characteristics.” The second (much less interesting) part is a compilation of various speeches given by Xi at the occasions of international meetings (conversations with Obama figure there two times, but there is no Putin). The second part is supposed to showcase Chinese benevolent interaction with the rest of the world, but its programmatic character makes it much less interesting. The only exception to this is where Xi discusses football of which he is genuinely fond, and where his opinions are interesting.

The undisputable emphasis in the “Chinese” part of the book is on the matters of governance. By giving numerous examples from Chinese history of rulers and their aides who cared about people’s welfare, lived modestly (“One should be the first when taking care of state affairs, the last when taking care of personal affairs”), strove to improve themselves morally and educationally, Xi proposes a theory of governance that is based on virtue of rulers and results achieved, not procedure. While Western theories emphasize the procedural aspect (how is one selected to be the ruler, is it by a well-established democratic process or not), Xi’s concern is with the results. The tacit premise is not to discuss how one is selected to rule—and this applies not only to top positions, but to all positions from the lowest county level to the head of CPC—but how successful they are in fulfilling their functions. The success is defined in terms of improvement in the well-being and happiness of people whom they govern.

The good rule itself, as in a story from ancient China told by Xi, need not be structurally the same. Three different rulers, Xi writes, imposed the just rule by different mechanisms: one by his attention to detail and by controlling all government expenses item by item; another by his good nature; and the third by severe punishments. Corruption was eradicated under each of the three rulers but for a different reason: under the first, people could not cheat; under the second, they felt ashamed to cheat; under the third, they were punished if they cheated. Xi who told that story in 2004 does not reveal which of the three ways he prefers.

In all cases of a good rule, there is the emphasis on individual characteristics of rulers. As editors mention, if many virtuous and conscientious rulers and government officials existed in the feudal China, would not the more ideologically-conscious and people-oriented Communists be even more likely to care about their co-citizens? What is required, they write, is “morality inside and virtue outside”; what is sought is the rule of virtue, and by virtue.

But how to bring about such rule? Obviously, by having moral rulers. Hence–the reader begins to realize–Xi’s ideological campaign: if Confucian-cum-Communist ideology is disregarded and everything is simply esteemed in terms of money and economic success, there cannot be a moral and virtuous rule. To quote Confucius, as the editors do, “if one allows oneself to follow profit in one’s behavior, there will be many with cause for complain.” There could be a fair procedural selection of rulers, say, by election, but not necessarily a virtuous rule. The latter can be assured only through education of rulers.

The key question, unanswered in the book, then becomes: is it possible to achieve an educational and moral “rejuvenation” under the current “normal” conditions of capitalism where money-making is held by the majority of the population to be the highest objective revealing also one’s individual worth? Can the examples brought up from the revolutionary era, from Yen’an forum, early Mao etc. be relevant for a new generation raised in the world of relentless commercialization? One is allowed to doubt. This does not make the ideological campaign conducted by Xi (including probably through this book) less relevant—it makes it rather more so. Yet the likelihood of success of that campaign is not very high. Xi is fighting against the spirit of the times, and while his struggle may be driven by a genuine desire to create a morally superior China, the odds of succeeding in this endeavor are, I am afraid, not particularly high.

But, perhaps, Xi could answer with the story, told by Mao in 1942, of the crazy old man who tries to move two mountains. In Mao’s version the two mountains were feudalism and colonialism. They were removed. In Xi’s version, they could be greed and indifference.

Jonathan Cook: Palestine is a loud echo of Britain’s colonial past – and a warning of the future

In moving from Nazareth back to the UK, I have stepped out of the frying pan and into the fire Jonathan Cook is an award-winning British journalist based in Nazareth, Israel, since 2001 Cross-posted from Jonathan’s […]