With neo-liberalism, the ethos of private gain came to dominate our political culture. Now, we have a crisis of trust in politics

Branko Milanović is an economist specialised in development and inequality.

Branko will be holding a talk in our series “Economics beyond the Swabian hausfrau” on 1 April 2019 in Berlin at 7 pm in the Monarch Bar, Skalitzer Str. 134, 10999 Berlin (U Bahn Kottbusser Tor). The subect will be “”Recent trends in global income distribution and their political Implications” 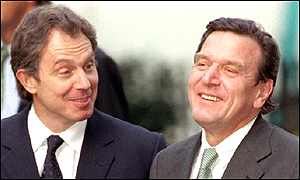 There is little doubt that the western world is going through a serious political crisis, which can be best described as a crisis of trust in its political institutions and governments.

Two things often seem, though, to be overlooked. First, the crisis of trust in institutions is not limited to the west — it is general. The crisis in the west just receives more attention because western media are dominant and because it was assumed that economically more advanced liberal societies should not suffer such a disconnect between rulers and ruled.

Secondly, the crisis is longstanding: it goes further back in time than the 2008 financial crash and the malaise created by globalisation. Arguably, its source is the impressive and somewhat unexpected success of introducing capitalist relations into all domains of life — including into our private lives and, importantly, into politics.

The neoliberal revolutions of the early 1980s, associated with the then US president, Ronald Reagan, and the UK premier, Margaret Thatcher — not forgetting the Chinese ‘paramount leader’, Deng Xiaoping — were supported by revolutions in economic thinking, such as public-choice theory and libertarianism, which explicitly began to treat the political space as an extension of everyday economics. Politicians were seen as just another set of entrepreneurs who, instead of taking their skills and risk-taking preferences to banking or software development, moved into politics. It was thought normal that goal-directed, self-interested rational behaviour need not be limited to the economic sphere — it was more general and embraced politics as well.

This view of the world was amazingly vindicated. Not only did politicians often behave in a self-serving manner (which perhaps they had often done in the past too), but such behaviour began to be expected of them. Not necessarily approved of, but expected in the sense that it was not considered odd or unusual that politicians would first and foremost think of their own financial interests.

They could cash out on the connection and power they had acquired in office by finding lucrative jobs in the private sector (José Manuel Barroso, Tony Blair, Jim Kim from the World Bank). They could give multi-million-dollar speeches to corporate moguls (Barrack Obama, Bill Clinton, Hillary Clinton). They could sit on a plethora of company boards.

Or, some, coming from the private sector (Silvio Berlusconi), would openly advertise their political parties as just clientilistic organisations: if you have a problem and want it solved, join the party. I remember seeing in the streets of Milan such an advertisement by Berlusconi’s Forza Italia — a movement whose lack of ideology, aside from economic self-interest, was reflected in its banal name, borrowed from football fans supporting Italy’s national team.

The list of politicians who took their own (and their supporters’) money-making to be the normal function of homo economicus once in office is long. We know some of its most prominent members, often by failure — when their activities went a bit too far or when they were unable fully to hide them. We know them through financial scandals and at times jail terms. For example, two out of the last three Brazilian presidents are in prison for bribery. All five former Peruvian presidents have been jailed for corruption, are under investigation or are fugitives from justice. The daughter of Uzbekistan’s late president has been imprisoned for multi-billion dollar embezzlement schemes. The shadow of prosecution hangs over the former Angolan president’s daughter, and chair of its state oil company, the richest woman in Africa, were she to return to the country.

In Europe, the former French president Nicolas Sarkozy has been subject to investigation in connection with a number of financial scandals, the most serious arising from reports of illicit financial support for his 2007 election campaign by the late Libyan dictator Muammar Gadhafi. The former German chancellor Helmut Kohl had to resign as honorary chair of the Christian Democratic Union in 2000 after revelations of secret party bank accounts over which he presided.

The US president, Donald Trump, has refused to disclose his multi-year tax returns and failed to put his business dealings into a blind trust to insulate him from external inducements. His Russian counterpart, Vladimir Putin, has been able to parlay political power into wealth way beyond his income.

Politicians, east and west, north and south, have thus fully confirmed to neoliberal ‘economic imperialism’ — the idea that all human activities are driven by the desire for material success, that success in money-making is the indicator of our social worth and that politics is just another line of business.

The problem with this approach, applied to the political space, is that it breeds cynicism among the population, because the official lingo of politicians has to be centred on public interest and public service — yet the reality, and the ideological justification for that reality, are entirely different. The discrepancy is moreover easy to spot. Every government official then becomes seen as a hypocrite who is telling us that he is there because he is interested in the public good, whereas it is clear that he is in politics to line his pockets now or in the future — or, if already rich, to make sure no adverse political decisions are taken against his ‘empire’.

Is it then strange that no trust will be evinced regarding anything politicians say? Is it strange that their every action would be seen as having been motivated by personal interest or dictated by lobbyists? Actually, both the market revolution of the 1980s and the dominant economic paradigm tell us that it should be precisely so. And that that is for the best.

The mistrust of governing elites is thus due to the extremely successful projection of the capitalist mode of behaviour and operations into all spheres of human activity, including politics. It just happens that, if one does so, one can no longer expect that people will believe that policies are driven by the ideal of public service.

The problem has no easy solution. To regain trust, politics needs to be subtracted from the fields where normal capitalist rules hold. But to do so requires that politicians reject the standard set of values implicit in the capitalist system — maximisation of financial interest. How and where are we to find such people? Should we, like Tibetans, look for the new leaders in faraway places untainted by hyper-commercialisation? Since this does not seem even remotely likely, I think we need to get adjusted to the idea of continued mistrust, and a wide chasm between the political elite and most of the population.

This could make politics very bumpy for a long time. It is the apogee of capitalism that is responsible for the bumpiness, and for our — inevitable — political malaise.

Eliane Glaser – The left is having a moment. Here’s how to make it count

“Democracy is not just about taking control. It’s also about having clearly distinguished political agendas to choose between. Right-wing populism attaks the very concept of a democratic forum in which a genuine alternative could challenge […]

One of the inexplicable elements of the Brexit debate is the development of the Remain movement. Portraying itself as the enlightened 48% of Britain, beyond a few progressive elements, has not laid down any plans […]

Jonathan Cook – Is it already too late to say goodbye?

This is a very poignant piece, as we consider Jonathan one of those few journalists with credibility. We are seeing many such websites closing down. One does not launch these websites to end up begging […]