Is a Job Guarantee an illusion that is unattainable and would lead to more problems than benefits?

Originally published in Spanish in elComum.es 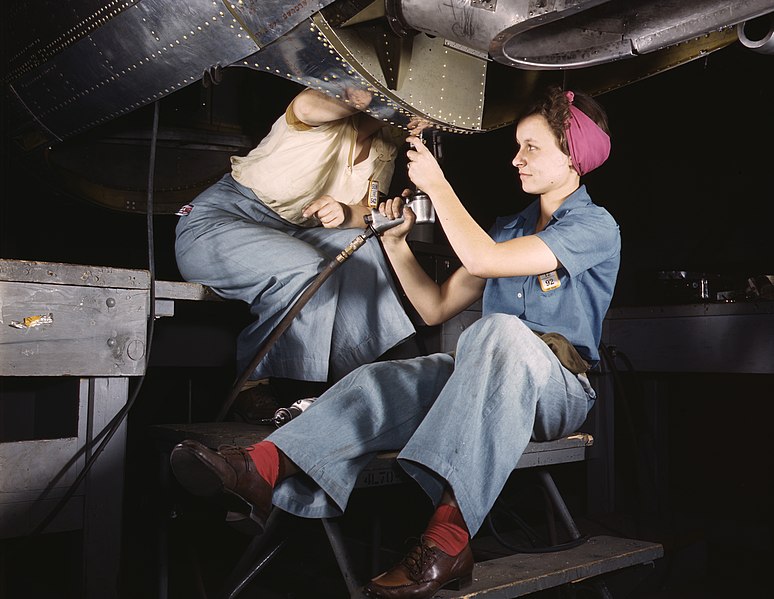 A Job Guarantee consists of the following: anyone who is able and willing to work, but cannot find a job in the private sector or in the permanent public sector, must receive transitional employment in the public sector in exchange for a salary and benefits that will enable them to have all their needs covered until they find better employment.

The left is faced with a crucial question: does a Job Guarantee as defined above apply, or is it an illusion that is unattainable and would lead to more problems than benefits?

I will now set out the reasons why I am convinced that a Job Guarantee is perfectly possible and much simpler to introduce than some people believe and why its application would bring about a huge improvement in the living conditions of the working class.

In my opinion, there are three conceptual bases for a Job Guarantee.

The first thing to understand is that unemployment is a monetary phenomenon. This means that there are people who are willing to sell their labour in exchange for a wage, but who cannot find anyone to hire them. Therefore, a sovereign issuer of currency, i.e. not subject to any spending restrictions, could buy up all the labour offered by unemployed workers.

The second question is whether there is such a sovereign issuer of currency. The answer is yes, nations that issue their own money. Those states that, unlike Spain, which issue their own money have the capacity to buy everything that is for sale in their own currency, including the work capacity offered by those unemployed. Therefore, sovereign states could offer a salary to unemployed workers in exchange for their labour.

If, in addition, such sovereign states guaranteed a job for the unemployed labour force on a permanent basis by law, the unemployment level of that state would always be zero. Therefore, the third point on which a Job Guarantee is based is the conversion of full employment into an endogenous factor of the economic cycle. This means that the level of unemployment would always be zero regardless of the decisions of the private sector when hiring and the decisions of consumers when purchasing goods and services.

Having set out these three ideas, which are valid to any state with its own currency, let us move on to the form that a Job Guarantee would take in practice. For this I will take Spain as the subject of analysis.

The first thing Spain must do to implement a Job Guarantee is to recover its monetary sovereignty (I have dealt extensively with this issue here). Spain decided to give up the monetary sovereignty of the Bank of Spain and to hand it over to the European Central Bank (ECB). This was a big mistake, since Spain is a user, but not an issuer of the euro. This means that the Spanish state cannot decide its spending level independently, but has to abide by the rules imposed by the European Union. These rules, which are mainly contained in the Stability and Growth Pact and in the Maastricht Treaty, limit Spain’s spending capacity by imposing limits to its public deficit and on its capacity to issue debt. As long as Spain depends on the ECB to determine its spending policies, it cannot opt for a Job Guarantee, as the rules of the European Union prevent it from doing so.

Once monetary sovereignty has been recovered, Spain should decide democratically on the size of its permanent public sector. Membership in the euro and the European Union has massively reduced public services through major budget cuts. A sovereign Spain could reverse these cuts. Moreover, it could also undertake the investments necessary for the country’s re-industrialisation, since the Spanish production model based on hotels, tourism, and real estate speculation has proven to be very precarious, as the current coronavirus crisis has shown.

The third step would be the Job Guarantee plans at the municipal level (or at the regional level). All municipalities should send their Job Guarantee plans to the national Ministry of Labour. In these plans, the municipalities should identify the areas in which the permanent public sector would need to be reinforced. In my view, this is best done through comprehensive plans. Permanently needed public work should be covered by permanent jobs. However, there are tasks that only need to be undertaken from time to time. It is those tasks that best fit into the Job Guarantee plan. For example, permanent services should ensure cleaning the streets, but every few years damaged walls and facades should be repaired and cleaned. This work does not have to be carried out permanently, but could be carried out on an ad hoc basis through a comprehensive plan every few years. Such a comprehensive plan could be part of a Job Guarantee plan. The same could be done to tackle destructive social dynamics such as bullying or pupils failing at school. One very good measure would be for Spanish primary schools and high schools being open the whole year round instead of closing for three months of the year. In this way, remedial classes could be given to assist pupils who need extra tutoring and courses in conflict resolution or healthy lifestyles. In this way, destructive phenomena that are known to have a generational component such as bullying or school failure could be tackled and would not reappear in a very accentuated form until several years after they had been dealt with through comprehensive programmes based on Job Guarantee plans.

A Job Guarantee plan (which should be tailored as much as possible to the capacities of the workers who participate in them) should be financed directly by the Ministry of Labour, not by the municipalities themselves. This would make it more difficult for corruption to occur. Likewise, the Job Guarantee plans should be subject to controls that ensure that the work carried out meets all the quality standards required in the private sector and in the permanent public sector. This means that a worker who does not comply with his or her job could be fired and considered unfit for work. In addition, the Ministry of Labour could implement external quality controls to ensure that the required labour standards are met.

The above plans are called Job Guarantee schemes based on employment buffer stocks and were devised by Australian economist Bill Mitchell. The main idea behind these plans is twofold. On the one hand, the work carried out should not compete in the market with what is produced or provided by the private sector. On the other hand, the tools for carrying out these plans must be as simple as possible. This prevents inflationary pressures from appearing, as there is no competition with the private sector, neither for the labour (remember that these are workers rejected by the private sector), nor for the materials used.

The only effect on the private productive fabric is that companies that cannot guarantee their workers decent living conditions would disappear, since the guaranteed wage and benefits would become the minimum wage and working conditions. If a company did not offer better conditions than the Job Guarantee, workers would decide not to work there and would take advantage of the Job Guarantee. Also, if the wage demands of workers in the private sector were too high, companies could use workers occupied in the Job Guarantee to avoid such demands. This means that once full employment is achieved through these schemes, price stability would also be achieved, as the wage level would always be close to the wage level of the Job Guarantee. As the labour factor is always present in the creation of goods and services, it is sufficient for the state to control the price of labour to control the price level of the rest of the economy.

It is disheartening to see how the left that is in government in Spain, especially those belonging to the Communist Party, turns its back on the Job Guarantee based on employment buffer stocks. Due to the COVID-19 pandemic, the Bank of Spain estimates that in 2021 the GDP could contract by 13.6% and that unemployment could reach 21.7%. Unidas Podemos is going to have to make a choice. Either they will lie to the citizens and tell them that mass unemployment and the enormous suffering it entails are inevitable, or they will opt for full employment policies such as the Job Guarantee, despite the fact that this means working towards the exit from the euro.

Unidas Podemos is going to opt for the lie.

Addressing how to eradicate poverty in the world while stopping the climate crisis Branko Milanović is an economist specialised in development and inequality. His newest  book is “Capitalism, Alone: The Future of the System That […]