As a non-economist coming from a scientific background, Charles Adams has the ability to put economic issues in a completely new, easliy comprehensible perpective. 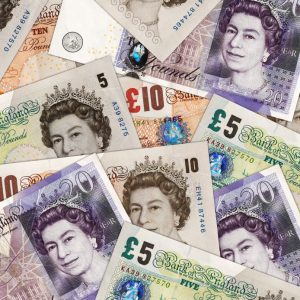 Until 2008, I was not particularly interested in money but following the global financial crisis I became completely obsessed with how it works. People keep telling me it is odd for a physicist to be writing about money, to which I say, this is what physicists do – figure out how things work, even when such things are societal constructs. I find that understanding money is not so dissimilar to my specialist subject, light. Both are familiar, multi-layered, sometimes counter-intuitive and fascinating. Light is more beautiful, of course, but in both cases, as you start to dig deeper you start to see things differently, and as you see farther you gain a sense of en-light-enment.

Before my `enlightenment’ [1], I remember trying to understand money in the late seventies when British Steel was apparently ‘losing’ hundreds of millions of pounds fast. I remember thinking about where did all this lost money go, and wondered if I could find it for them – I was very young at the time! Around 1990 I wondered about how the financial industry could boom while manufacturing declined, and then in 2008, when financial firms were collapsing. Well that was the final straw. I had to figure out what was going on. I began reading anything and everything written on the subject.

I had not really thought about how money is created. I thought, like others, that because rich people have a lot of money, that they must be the source. I had completely missed that point money creation has nothing to do with wealth. Rich people may be good at accumulating money, but money creation happens elsewhere. I recommend David Graeber’s Debt: the first 5000 years, because it explains as clearly as anywhere that all money is debt and has to be debt. I could equally write that all money is credit, because credit and debt are the two sides of money. They are like the positive and negative charge in an electrical circuit, always created together, you cannot have one without the other. In the economy, the creation of this credit and debt, money creation, happens at the central bank or other banks under license. If you like the electrical circuit analogy you can think of the government and private banks as the batteries of the economy injecting positive and negative charges that make things work. The government is a special bank because repayments on loans are made via tax rather than directly, and this is important. This government bank is really our bank, we own it. This will bring us to the essence of why government is not like a household.

It is sometimes said that banks (and hence government) create money `out of nothing’, but this is not quite right. Money is not nothing, and is not created out of nothing because debt is not nothing [2]. When government or a bank make a loan and create money, it is converting an asset – the future labour of the debtor – for a liability – a credit at the bank. The relationship between the debtor and the creditor is supposed to be win-win, in the sense that the debtor gets something like a house before they have done the labour to pay for it, and the bank can pay its employees and shareholders out of the interest on the loan. Similarly, government may pay a teacher creating money, society benefits, grows, and repays the ‘loan’ in taxes.

Now the interesting questions are if credit and debt are two sides of the same coin, for every positive there is a negative, why are we ever worried about the negatives? Why can we have a debt crisis? And where does politics enter this picture? Everything becomes much clearer, when you think of the economy as a collective distributional struggle, where every individual or group attempts to steer to flow of money in their direction. In this great distributional struggle, a financial crisis is simply and always a crisis of distribution, where the debtors and creditors are different people. Rather than money flowing efficiently through the economy, the flow has been skewed and blocked from parts of the circuit. It is like when we build a by-pass around a seaside town and no one stops there anymore. Or in our electrical circuit analogue, there is a suddenly a short circuit, and the Christmas lights are no longer illuminated.

And now for the politics! Who is the creditor? Who is the debtor? Who are the winners and losers in this great distributional struggle? The answers help us understand the essential difference between government and households, and why the elite bombard us with false myths about the money system. In the case of government (public debt or credit), we are collectively both creditor and debtor. We are the government and taxes are repaid to us. We lend ourselves the money to build a better society and repay ourselves as the work is done. Collectively there is no crisis because we are both creditor and debtor. In contrast, in the case of a household (private debt or credit), unless we happen to own a bank, we are never both creditor and debtor, we must be either one or the other. For wealthy households (more often than not private creditors), more government is mostly bad because it is the main mechanism of redistribution. Without fiscal intervention (governments spending and taxing), there is only trickle up which suits the 1% just fine, but is bad for society overall, i.e. bad for the median. For this reason, the 1% fight a propaganda war, where government is bad, government debt is bad, taxes are bad. Effectively, they are saying that the interests of the median voter are bad. This collective distributional struggle is captured beautiful in this recent quote from Modern Money Theorist Bill Mitchell:

a major function of taxation is to create ‘fiscal space’ for the government, by depriving the non-government sector of purchasing power – that is, reducing the capacity of that sector to command real goods and services.

At the end of the day, it is about what gets done. Does a physicist like me develop new lasers that can help society solve problems, or does someone like me make bets on currencies in order to steer more wealth towards the 1%? The real goods and services are the knowledge and skills of people like us, taxation is the mechanism by which we steer those services towards societal benefit. And guess what, the elite are trying to make sure that they get more while we, the many, do not know enough to address the injustices.

[1] A lightbulb moment for me was watching MMT economist Stephanie Kelton’s talk from 2012. May be even better is this recent talk.

[2] For a while I was fond of the Frederick Soddy quote that money is “the nothing you get for something before you can do anything.” I remember arguing with my Dad, aged ninety, who insisted that money and debt were not nothing. Eventually I accepted that he was right. It is not nothing.

James Dyke, Julia K. Steinberger – Climate breakdown: even if we miss the 1.5°C target we must still fight to prevent every single increment of warming

aappp/shutterstock James Dyke, University of Exeter and Julia K. Steinberger, University of Leeds Is it game over for our attempts to avert dangerous climate change? For millions of people in India and Pakistan the answer […]

Kollibri terre Sonnenblume: The Radioactive Legacy of the Cold War

The Hanford Nuclear Site in the US remains a radioactive threat despite the final reactor being shutdown in 1987. Cross-posted from Counterpunch That the world hasn’t been the same since the ignition of the Atomic […]