Russia’s war in Ukraine, in addition to being a human tragedy, represents a challenge for the global economy. It calls into question monetary policymakers’ strategy since it will simultaneously harm growth and put upward pressure on inflation when inflation is already high due to the pandemic. Based on estimates from the National Institute of Economic and Social Research (NIESR), Corrado Macchiarelli gives an account of what the conflict means for inflation and the challenges it poses for monetary policymakers, including in the UK.

Corrado Macchiarelli is the Research Manager for Global Macroeconomics at the National Institute of Economic and Social Research (NIESR). He is an Associate Professor (Senior Lecturer with tenure) in the Department of Economics and Finance at Brunel University London, and also teaches part-time at New York University Stern School of Business in London 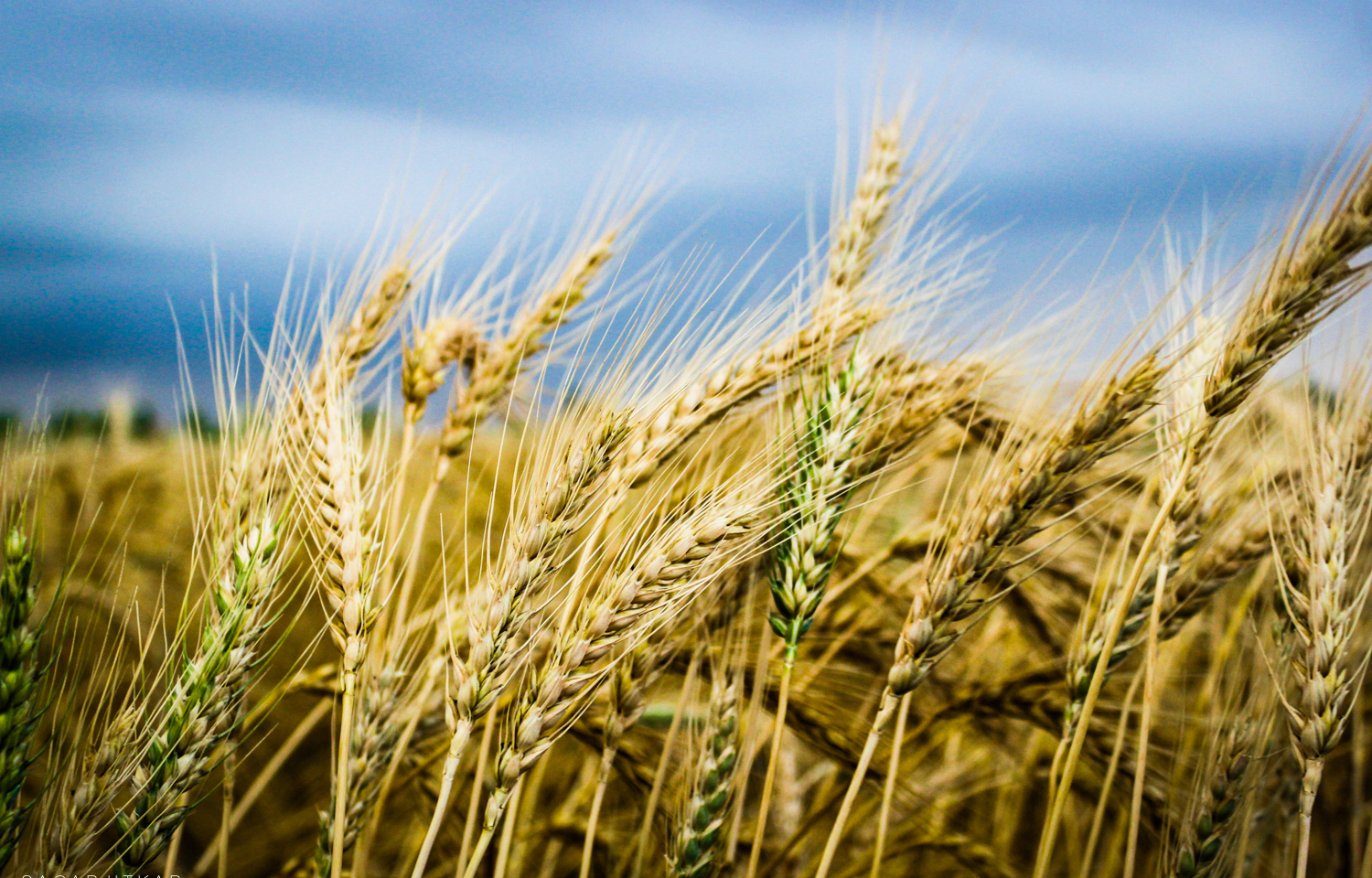 The main impact Russia’s war against Ukraine poses on the world economy is through higher prices for energy and weaker confidence in financial markets, bolstered by strong international sanctions against Russia. The two countries are important suppliers of certain commodities, including titanium, palladium, wheat and corn. The war’s impact on commodity prices and therefore household spending is more important than potential contagion through trade linkages with other nations.

When it comes to inflation, there are different channels to consider.

Food. One important channel of trade spillovers is agricultural exports. According to the US Department of Agriculture, Russian and Ukrainian wheat exports are about a quarter of the global total. In the UK, bread and cereals have a weight of 2.1% in the CPI. While flour prices move closely with wheat prices, this is less true for bread, where the cost of production, ingredients, packaging, and advertising mean that flour is a relatively small proportion of the cost of a loaf of bread. However, higher energy costs mean the cost of baking and transporting bread has risen, and with global supplies already tight, pass through-to retail prices seems likely to be noticeable and might add 0.1% or so to inflation.

Transport. Further up the tech scale, Russia is a major producer of palladium, used in engine exhausts to reduce emissions, where it produced 40% of global mine production, and about 10% of global platinum supply. Russia and Ukraine produce about 15% of the global supply of titanium sponge, used in aircraft. Russia accounts for about 13% of global fertiliser supplies. Disruptions to global supplies of these commodities, added to existing supply chain problems, have the potential to heavily disrupt specific industries, for example the production of cars and aircrafts, thus helping to keep prices high.

Energy. Should the war lead to new international sanctions being imposed on Russia, or should Russia decide to restrict supply, those restrictions could affect oil and gas exports with an ensuing escalation of energy prices.

Financial markets. Stock prices globally have already been adversely affected by uncertainty over Ukraine, with billions knocked off the value of the FTSE 100 and a run to safe-haven assets like the dollar and US government bonds. A partial or full Russian occupation of Ukraine would raise serious security questions in Europe. In these circumstances, country risks would be high, and investment might be deterred.

Our NIESR policy paper considers several channels expected to affect the global economy: trade restriction as the result of sanctions imposed on Russia, higher energy prices, higher European public expenditure on refugees and defence, higher uncertainty and investment risks globally, higher exchange rate risk in Russia. The analysis was done in the very early stages of the conflict, which means the results are derived from the limited sanctions announced in the first few days of the war. Moreover, in the simulation there was a positive impact to Russian GDP from the increase in energy prices. We think there is significant risk of more material losses if energy and gas trade is restricted and other financial sanctions bite.

How this situation challenges monetary policy in the UK and elsewhere?

Based on our preliminary assessment, Russian Consumer Expenditure Deflator (CED) inflation is expected to spike above 20% in 2022 due to higher import prices following a 70% fall in the rouble and due to higher inflation expectations. The adverse effect will result in lower confidence, weaker real incomes, and disrupted trade.

For the UK, we now expect CED inflation to average 7% in 2022 and 4.4% in 2023, up from 5.3% and 2.7%, respectively, in NIESR’s Winter 2022 forecast. Inflation is expected to peak at 8.1% in 2022 Q3, 2.3 percentage points higher than at the time of our previous forecast. The UK Consumer Price Inflation profile based on this scenario is expected to peak in 2022Q2 at 8.6%, 1.6 percentage points higher than the February baseline forecast. The simulation assumes the Monetary Policy Committee responds strongly to the rise in inflation.  However, the Committee may decide to raise interest rates more gradually and by less than is implied by our simulation on account of the ongoing uncertainty and the possibility of a recession. In that case, it is possible that inflation may become double-digit.

The broad implications of this scenario are reminiscent of the 1970s energy crisis, when OPEC countries effectively raised the price of oil, and subsequent oil price shocks. Higher prices and supply limitations severely disrupted economic activity in the global economy and led to higher inflation, which also increased the cost of living and squeezed household consumption.

Markets were already concerned about how far central bankers could tighten policy without stifling the recovery before the Ukraine war started. The war represents a further challenge for the global economy after the pandemic. It calls into question monetary policymakers’ strategy since it will simultaneously harm growth and put upward pressure on inflation when inflation is already at high levels since the pandemic. In the short run, higher rates cannot mute the higher prices resulting from the war but could exacerbate any fall in confidence and activity. Longer-term, lower activity will help to mute the second-round effects on prices. So, for policy-relevant horizons, monetary policy may not need to respond that much to the war itself. The dilemma for central banks is what to do about rate hikes already in the pipeline.

So far, the US Federal Reserve and the European Central Bank seem to have focused on the fight against inflation rather than the threat to GDP posed by the Ukraine invasion. The Fed recently raised interest rates by a quarter of a percentage point, to a target range of 0.25% to 0.5%, and signalled that it expects six more hikes this year. In March, the Bank of England’s Monetary Policy Committee raised its base rate for the third time in a row, to 0.75%. UK bond yields have increased again since the beginning of March, with short-term interest rate expectations now much above the pre-pandemic level, and a further compression in the term premium, overall suggesting markets see ‘no surprises’ in interest rates continuing to go up.

In the face of uncertainty about the impact on activity, and about the possibility of a gas supply interruption in Europe, the advice is for policymakers not to delay any increases in interest rates but do so only slowly while they assess the impact on confidence and activity of the war and its squeeze, though energy, on real incomes.

Simple-minded media propaganda – like the claim Russia’s Putin is deranged – is precisely what brought us to the crisis over Ukraine Jonathan Cook is an award-winning British journalist based in Nazareth, Israel, since 2001 […]

Positive Money Europe – Corona Crisis: The ECB has a new Bazooka, but still no Magic Bullets

The ECB launched a massive 750 billion euro plan to cope with the Coronavirus crisis. But these measures will only work if national governments spend as much as is necessary and outline an ambitious plan […]