In the current COVID Crisis, beyond a lot of spin (see here but do have a hanky nearby. It is so moving.) the EU has shown its true face: closing national borders, hoarding medical supplies from other EU nations in desperate need, reneging on promises of generous financial support for member states by introducing the usual conditionalities, and now the vaccine debacle. 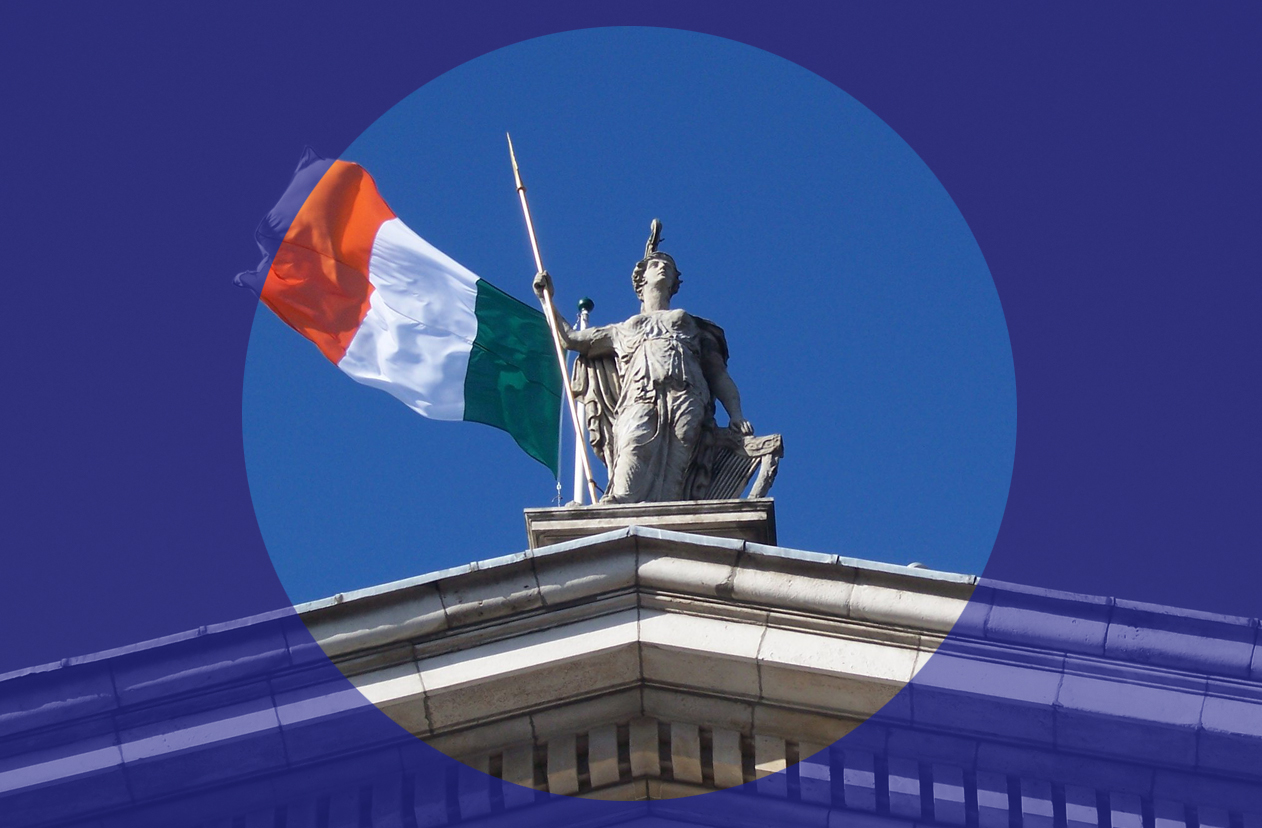 ROUND ONE to the UK.

If tallying scores either side of Brexit, with the UK and the EU in opposing corners, is your analysis of events (it shouldn’t be) – this is how you would need to score the fight after the EU’s astonishing and self-defeating attempt to override the Northern Ireland protocol and save its pathetic handling of the vaccine roll-out.

Major EU nations have lagged behind the UK in the deployment of the much sought-after AstraZeneca jab. The EU leaders’ mistake was to try to right their own failures by initiating Article 16 of the protocol, initiating export controls and violating Irish sovereignty.

The overreach prompted a stern backlash by Irish leaders, wary of residual anger in the Irish population left over from other such encroachments (to which this article will return). It also prompted a return to closer Irish-British relations.

In some of the sealed ‘timelines’ of partisan politics to which we are all now apparently confined, the event simply didn’t happen. Incidents which embarrass the UK (remember the idiotic notion that Her Majesty’s Navy would be deployed to protect British fishing vessels?) are well represented in such circles. Those which encroach on the fantasy vision of a benevolent European Commission, much less so.

It works at the other end as well, of course. In another dimension, Britain is a saintly paragon of good conduct hideously maligned by continental despots, and the traffic in cynical and arrogant behaviour is all one-way.

Still, the capacity for the most uncritical supporters of the EU to ignore the organisation’s recent history is legendary. The runaway hegemony of Germany with all its cruelty to debtor nations, the railroading of entire national populations through EU treaties, the mangling of Greece, compliance with the suppression of Catalan rights, the never-ending Italian debt crisis, the austerity measures imposed upon Ireland, the constant infighting between rival sub-blocs, the violence of the EU’s ‘fortress Europe’ border regime – none of it registers in the political imaginations of the project’s acolytes.

For those who do follow the wide-angle history of the institution, the rotten deeds in Dublin and thereabout will trigger memories of the European debt crisis. After 2009, Ireland was one of several, mostly smaller EU member-states – Greece, Portugal, Ireland, Spain and Cyprus – unable to either pay-off or refinance their debts, or to bail-out key financial institutions which failed in the financial storms of 2007-08.

These countries lacked the sovereign capacities to intervene as states traditionally do in such crises, because they lacked autonomous currencies and monetary policies within the Eurozone. Crucially, they could not devalue their currencies, or otherwise address their crippling balance of payments problems.

Under such circumstances they fell prey to the alphas of the present global order: the bigger EU states, the European Central Bank (ECB) and the International Monetary Fund (IMF) among them. This institutional pressure squeezed Ireland through the mangle of outrageous austerity measures and the country slumped into an appalling recession. As Scotland was alive with campaigning during the independence referendum, Ireland was rocked by a massive social movement against the introduction of water charges. The collapse of the ‘Celtic Tiger’, the hollow and venal financialisation of Irish life and a one time SNP model for an independent Scotland, triggered a wider political earthquake with consequences to this day.

Of course, the trampling of small nations – weaker competitors of all kinds – isn’t a unique practice of the EU. In a world system predicated on the competitive accumulation of wealth, power, prestige and advantage there are plenty of bigger dogs pushing you out of the litter. The United Kingdom and the United States would be two such examples.

This isn’t cause for resignation, but it is cause for realism. Scotland isn’t a priority for the EU; not now and not if Scotland were to become a member either. Indeed, an rUK state outside the EU would always likely rank higher than even an independent Scottish EU member state. That’s the jungle we live in.

What should really worry us is that the current plan for an independent Scotland would leave us in a position of supplicancy even more grovelling than those small debtor nations during the European debt crisis. And this at a time when global debt is achieving mind bending new records.

In the end the EU is not a ‘post-nationalist’ organisation, as its fans like to project. It is instead an organisation of its leading nationalisms, as well as of each member-states ruling elites. Each successive crisis only makes this more true. The bloc has definitely split into lender and debtor sectors, worsening economic and social divisions on the continent. Nobody expects our present economic crisis to anything other than further exacerbate this situation.

It’s one thing to ignore these realities when they are ravishing far-off Greece, or neighbouring Ireland (isn’t it curious how little attention we pay to our Celtic neighbours?). It’s quite another to continue with the cheerleading when you propose Scotland to join this unlucky club within a matter of years.

Peter Bloom – We live in a populist age – but who are ‘the people’?

For the many, not the…who? EPA/Andy Rain Peter Bloom, The Open University Populism is seemingly sweeping the globe, threatening the established status quo. Optimistically, it promises to bring about much needed change to what appears […]

John P. Ruehl – Sanctions Batter Russia as the Kremlin Attempts to Overcome Them

Western economic punishments on Russia risk hastening the development of sanctions evasion techniques and rival economic mechanisms outside the control of Brussels and Washington John P. Ruehl is an Australian-American journalist living in Washington, D.C. […]