Financial capital does not contribute to improving society, just making the rich richer. We should all recognize that Sam Bankman-Fried is much smarter than the rest of us. After all, outwardly he looks to be one of the biggest frauds of all time. By the age of 30 he amassed a fortune that dwarfs that of your average billionaire. He did it by running a crypto Ponzi-scheme. While claiming to be using his wealth to support philanthropies that were carefully selected to maximize human welfare, he was actually living a high life-style with his friends.

Now that the Ponzi has collapsed, the investors who trusted him look to be out of luck. And, of course there is no money for the philanthropies that he supported, many of which will are now struggling because they won’t get contributions they had been counting on.

That all looks pretty reprehensible, but maybe that’s the point. See, Sam Bankman-Fried was so committed to his philosophy of effective philanthropy that he was prepared to make himself appear to be the epitome of a despicable human being, and spend many years in prison, all to teach us that finance is a wasteful cesspool that needs to be reined in for the good of humanity. And, the place to start is his particular corner of the cesspool: crypto.

The point here is straightforward. Suppose that Mr. Bankman-Fried was actually able to accumulate tens of billions of dollars through his brilliance, which he would then donate to the worthy causes he had carefully selected to have a maximum impact on human well-being. That would undoubtedly benefit some number of people in the United States and around the world.

But think for a minute about the financial sector. It has expanded enormously relative to the size of the economy over the last half century.

The broad finance, insurance, and real estate sector has more than doubled as a share of GDP over the last half-century, increasing from 5.5 percent of GDP in 1971 to 12.0 percent in 2021.[1] The additional 6.5 percent of GDP being devoted to finance in 2021 is equivalent to more than $1.4 trillion being absorbed by the sector. That comes to more than $11,800 a year for an average family.

The more narrow securities and commodity trading sector, along with investment funds and trusts, more than quadrupled as a share of GDP, rising from 0.55 percent of GDP in 1971 to 2.56 percent in 2021. This increase of 2.0 percentage points of GDP comes to more than $500 billion a year in the current economy, or almost $4,400 a year per family.

There is little to show for the massive expansion in the size of the financial sector. Finance is an intermediate good, like trucking. While both sectors are essential to the functioning of a modern economy, they don’t directly provide value to people in the way that the housing, food, or health care sectors do.

We need these sectors, but we want them to perform their economic functions as efficiently as possible. In the case of finance, those functions are facilitating payments to households and businesses and allocating capital to its best uses.

Clearly we have developed better mechanisms for paying our bills and carrying on other transactions, but the biggest developments are hardly new. Direct deposit of our paychecks and automatic payments for bills are great innovations that save lots of time for both sides of the transactions. However, these innovations date back more than four decades.

The same holds with credit cards and debit cards. The overwhelming majority of transactions are now made with these cards, but this is not especially new technology. Credit cards were already widely available in 1971, even if they were nowhere near as ubiquitous as they are today.

We can give the financial sector credit for the increase in the convenience of our system of payments, but how much is this worth? Is the time saved from using credit cards or having a direct deposit of your payments worth $11,800 a year to you? That seems a bit steep. I suspect given the option, most people would prefer an extra $11,800 in their paycheck and be given the check by hand rather than having it deposited automatically in their bank account.

We pay for the waste in the financial sector not only through fees on financial transactions and our 401(k)s, and being front-run on our stock trades, but also through higher prices for housing and other items. Finance has created many of the great fortunes in the economy, not just Sam Bankman-Fried’s. When these people spend money buying bigger and/or more houses, it makes housing more expensive for the rest of us. They also hire people as their servants and demand workers for a wide range of activities from driving their cars to massaging their backs. Because the rich tie up so many workers meeting their luxury consumption, we have fewer people to work in child care centers or as teachers.

So Bankman-Fried, being a genius, recognized the incredible waste and corruption in the financial sector. He knew that the best way to help humanity is to downsize the financial sector. The gains would dwarf the impact of anything he could hope to do with the money he could accumulate in his business dealings.

After all, even if he gave his entire Ponzi fortune of $15 billion to the best causes, this would be dwarfed by the good he could do by seriously downsizing the financial sector. After all, $15 billion is just over 1.0 percent of the $1.4 trillion increase in the relative size in the financial sector over the last half century. It is only 3.0 percent of the size of the increase in the relative size of just the narrow securities and commodities trading sectors.

And, these are annual figures. The financial sector bloat is pulling these sums from the economy every year. A Musk-size fortune, accumulated over a life-time, would just be equal to 15 percent of a single year’s waste in the financial sector.

Obviously, Bankman-Fried is aware of this situation. He therefore realizes that the gains to humanity from reducing the waste in the financial sector would dwarf any benefits that he could hope to provide from the wealth he accumulates.

Recognizing the enormous waste and corruption in the financial sector, Bankman-Fried decided that the best way to attack it was by putting himself at the center of a scandal hitting finance at its most vulnerable point: the crypto craze. Most sectors of finance involve a mix of productive uses with speculation and waste. This is true of the stock and commodities markets, which do allow for businesses to raise capital and for primary goods producers to lock in prices, even if most trading is speculative in nature. Even private equity firms can occasionally turn around troubled businesses, as their supporters claim.

However, crypto does nothing for the economy. If all crypto currencies disappeared tomorrow, the only effect would be that some illicit transactions may become more risky for the people carrying them through.

This means that cracking down on crypto poses no real risks to the economy, only to crypto speculators. If we put a hefty tax on crypto trades, treating it like the gambling it is, it can raise revenue for the government and hugely reduce the amount of resources wasted in crypto trading.

So, Bankman-Fried knew what he was doing in running a Ponzi-scheme and making himself look like one of the most despicable people alive. He may spend a lot of time in prison and be viewed with universal contempt for the rest of his life, but if his crimes lead to a crackdown on finance, he will have provided a great service to humanity.

[1] These data are taken from National Income and Product Accounts Table 6.2B, with the total share being Line 52 divided by Line 1 for 1971 and Table 6.2D, Lines 57 and 62, divided Line 1 for 2021. For the narrow securities and commodity trading sector, and holding and trust accounts, the calculation uses Line 55 and Line 59, divided by Line 1 for 1971. For 2021, it uses Line 59 and Line 61, divided by Line 1. These tables only give data on labor compensation. The implicit assumption is that the industry’s value added is proportional to labor compensation in the sector. While this will not be precisely accurate, it should be reasonably close.

“Brave New Europe helps to circulate some of the world’s most important progressive work in economics and politics. It is a tremendously valuable resource that would be missed if it were not there.” Donate: https://braveneweurope.com/donate 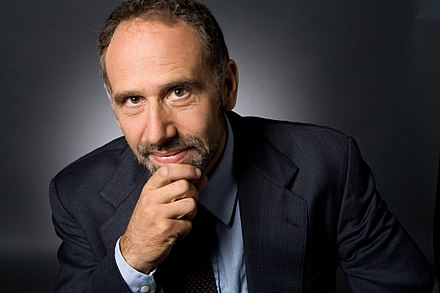 Wolfgang Streeck – Europe is Being Subjugated to US Power

The economic crisis in Britian, the war in Ukraine, and the disorder in the Eurozone are all intimately connected. Wolfgang Streeck is the Emeritus Director of the Max Planck Institute for the Study of Societies […]

Carmen Juares has been leading CCOO’s organising of a historic 9-day strike of Glovo riders in Barcelona. Speaking to the Gig Economy Project, Juares says that the big unions “need to be willing to step […]