Following a long period of relative stability in the financial markets, further turbulence emerged at the beginning of February. Several conflicting explanations have been given as to the origin of this flash crash. The most pessimistic speak of the beginning of a new wave of crisis. Others say that it is the result of “excessive autonomy” among the algorithms which control over 60% of transactions on the world stock exchanges and are capable of triggering self-fulfilling prophecies. Other analysts – and this is the most interesting explanation – see the volatility of the markets connected to the recovery of wages in the USA and with the wage agreement reached in Germany by IG Metall, the country’s biggest blue-collar union. Biagio Quattrocchi e Vanessa Bilancetti talked about this with Christian Marazzi, an economist and professor at the University of Applied Sciences of Southern Switzerland.

by Biagio Quattrocchi and Vanessa Bilancetti

Biagio Quattrocchi is a PhD in economics with a thesis on Basic Income, he is currently working for the National Agency for  Active Labour Market Policies.

Vanessa Bilancetti has just defended her PhD thesis ‘A Critical Reading of the New Economic Governance: the Case of the Fiscal Compact’, at the University of Rome La Sapienza. 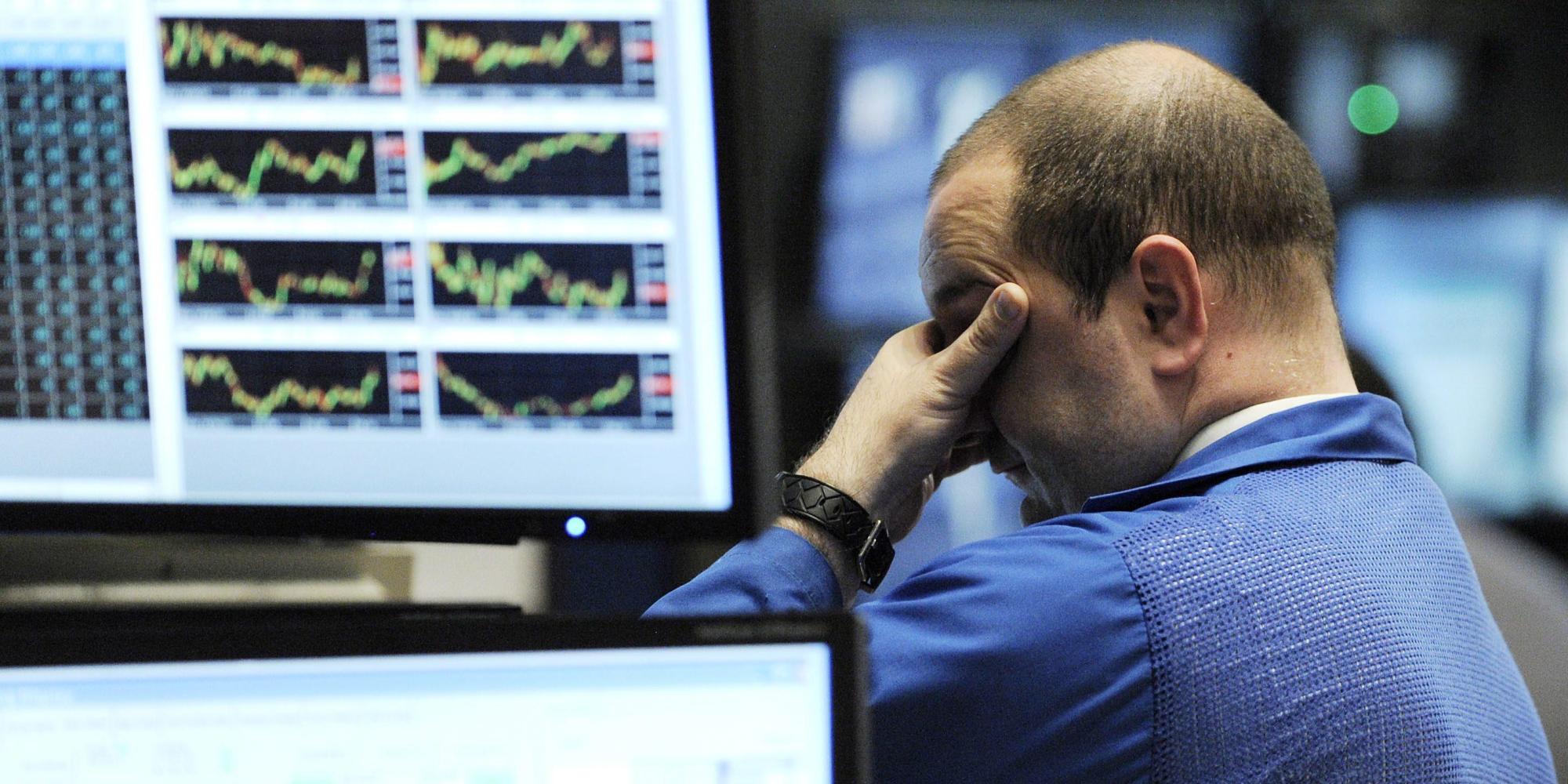 Marrazzi: Let’s start with these figures on American wages, which have contributed a great deal to the collapse of stock markets, albeit in a limited way. These figures refer only to the last quarter, the quarter before February, yet this information has been overlooked in the debate. When reading these figures on wage increases, one must take into account that in the winter months, low-wage earners are not working at all, or are working less. Just think of the construction sector. Hence, the index has risen because the share of the average high wages has increased. The algorithms were triggered on the basis of this distorted data, a sort of fake news, which started a series of chain reactions “as if” American wages had really increased. Therefore, there has been a problem with the interpretation of the data on wage increases. If wages had been calculated over the past twelve months, and not just the last three, the markets would not have taken fright, because wages have actually stagnated and there is no risk of inflation.

There is, however, a wider problem with regard to calculating inflation. This winter wage is an example of how economists are no longer able to calculate inflation. This is because there are a number of “free” exchanges that cannot be included in the calculation of inflation. Let us take the example of online data exchange, an exchange that takes place completely free of charge and by consensus, but on which companies are able to capitalise and make profits. The same applies to the issue of volunteer  labour, which has expanded a great deal, making it difficult to calculate productivity on the one hand, and on the other hand to define the price index, that is to say inflation, on the other. This means that we are not able to calculate a part of the economic activity because its value is not recognised monetarily.

This calculation problem will lead us to have further flash crashes beyond that of the 5th of February. These are mini stock market crises which have important consequences, first and foremost in terms of wages. In fact, those who suffered losses in the stock market will recover these loses by reducing the salaries of their employees: a kind of inverse reflexivity.

The same applies to the IG Metall agreement in Germany. If this is an agreement that leaves out all casual or temporary labour, we are not talking about a rise in wages, but about another instrument for dividing the working class: into a part that is guaranteed and a part that is not.

Thus, the relationship between wages and inflation, employment and unemployment remains unresolved. Today, the more unemployment decreases, the lower prices become. The Phillips curve is reversed. However, the programs used for investments are based on these models, such as the Phillips curve, which at the moment are not able to analyse reality.

After the major central banks flooded the markets with cash, this monetary policy is probably on the verge of changing. The US Federal Reserve ended quantitative easing and started to raise interest rates, while the European Central Bank is “slowing down” its expansionary programmes. In addition, the two central banks have also changed, or are about to change, their top management: in the USA Jerome Powell recently replaced Janet Yellen as chairman of the Fed, while in November next year Mario Draghi’s mandate as ECB president will expire. What scenarios should we expect?

Within the mainstream there is  less and less debate about the “secular stagnation”. Now the focus has shifted to these contradictory and fragile signs of growth. How do you explain that?

Marrazzi: In the past, we also addressed the issue of secular stagnation, because it seemed a good explanatory tool for the fall in global demand, or rather for the contradiction between a high level of deflation in the real economy and equally high financial inflation.

The horizon has probably changed since 2012, when private debt, mainly corporate debt, began to increase again, and then extended to American consumers. Low interest rates have, on the one hand, favoured corporate debt and, on the other, made it possible to use profits and surplus liquidity to buy back shares on the financial market in order to distribute dividends. The same tax reform of Trump has ended up favouring this kind of conduct by companies. Not surprisingly, according to some estimates, more than 25% of tax relief will be used by companies to buy back their shares.

In this new framework, the concept of secular stagnation, as you say, has been shelved, because at the moment the mainstream debate is focused on what appears to be a recovery. However, I support the idea that this is still a fragile recovery, based on private debt, even though we are not yet at pre-crisis levels. This makes me think that this form of capitalism is structurally based on the logic of indebtedness.

Apart from the aspects you have just described, what are the other fragilities behind this weak economic recovery?

It needs to be taken into consideration that a dollar appreciation would be a serious problem mainly for emerging countries, for which more than 80% of corporate and government debt is expressed in dollars.

The reasons for this lack of revaluation are still unclear. First, I have noted that because profits of American companies are already in dollars, an influx of capital from abroad means less pressure on the dollar exchange rate. There is also a second explanation, which is the decrease in the weight of the dollar in the basket of reserve currencies. Until a couple of years ago, the weight of the dollar in the total basket was around 62%. This is a considerable drop if we consider that twenty years ago the same figure was around 85%. Now, I would not be surprised if this index had even fallen below 60%. This would help to explain this lower correlation between American interest rates and the dollar value.

After a first cycle of anti-austerity struggles, we are witnessing the affirmation of what we at Dinamo Press we have called a “global reactionary cycle”, a turning towards more authoritarian policies. In the political economy of the United States, this refers to the adoption of protectionist and nationalist rhetoric on the one hand, and on the other, to the support for unfair or even regressive fiscal policies and the application of an increasingly authoritarian welfare state. First of all, we want to ask: is this really the case? Does this protectionist shift really exist or is it at the moment mainly rhetorical? And how does this authoritarian shift in neo-liberal governance look from the point of view of economic policies?

Marrazzi: The protectionist turn of the USA, with Trump’s recent edict in favour of tariffs on steel and aluminium that is first of all a very important rhetoric transformation, even more than having a real impact. A new linguistic order is emerging which is an integral part of the transformation we are witnessing.

On the economic level, these selective import duties introduced by Trump are frightening supranational institutions in particular. Rhetorically, these restrictions are supposed to support the domestic production against Chinese imports, but paradoxically, it is the Chinese who will gain, strengthening their trade links with Europe. It is from 2003 onwards, from the war in Iraq, not to mention 2008, that the United States has put policies in place policies that have ended up benefiting China. In all of this I see a serious danger of a balkanisation of the world economy. It is true that we have always been critical of globalisation, but this is a right-wing de-globalisation. Frankly, I don’t know how there can be a left-wing de-globalisation. Surely, Trump’s decision goes in the direction of reaffirming the centrality of national sovereignty.

How do de-globalisation of these sectors and the financial economy fit together?

Marrazzi: What we have seen since the signing of these measures by Trump are a few small plunges in the financial markets, which recovered very quickly. For example, I was very impressed by the position expressed by an analyst in the Financial Times, according to whom the only way to mitigate this de-globalisation by the US would be a more pronounced financial crisis. It is as if the financial economy were so globalised that it can withstand de-globalisation of the so-called real economy.

The hypothesis of a “global reactionary cycle” seems to be confirmed also by the results of the Italian election. How do you see this?

Marrazzi: Let us look at the outcome of the Five Stars Movement and their proposal for a basic income. While they affirm the need for greater public expenditure and redistributive policies, they are simultaneously talking about the formation of a more authoritarian state. I read that the Five Stars Movement won several votes among civil servants. This should not be underestimated, because if this were the case, there would be a consensus within the state for this authoritarian turn of welfare institutions. In the recent years, we have been discussing basic income not as a vehicle for discipline in the workforce, but as a means freeing people from exploitation, which is unbearable today. When at the beginning of this interview we dealt with the problems linked to the concept of inflation or labour costs, these same problems must be re-read in the light of another element, which is the central function of “free” labour. There is an endless amount of activity in the sphere of reproduction which has inherent economic value that is not acknowledged, and for which we do not get paid. For this reason we should have a basic and unconditional income.

Excessive inequality and wealth redistribution to the rich have wrecked the economy. ‘Trussonomics’ won’t help Stewart Lansley is  author of the The Richer, the Poorer: How Britain Enriched the Few and Failed the Poor (Bristol […]

Workers have not caused this price inflation Michael Roberts is an Economist in the City of London and a prolific blogger Cross-posted from Michael’s Blog CC BY-SA 4.0 The UK prime minister Boris Johnson is […]