The removal of General Francisco Franco’s remains, in the autumn of 2019, from the hideous mausoleum he had built for himself and the founder of Spain’s fascist party, the Falange, José Primo de Rivera, was supposed to put aside the legacy of his 36 year long dictatorship and the repression that had accompanied it and the Civil War that brought him to power. 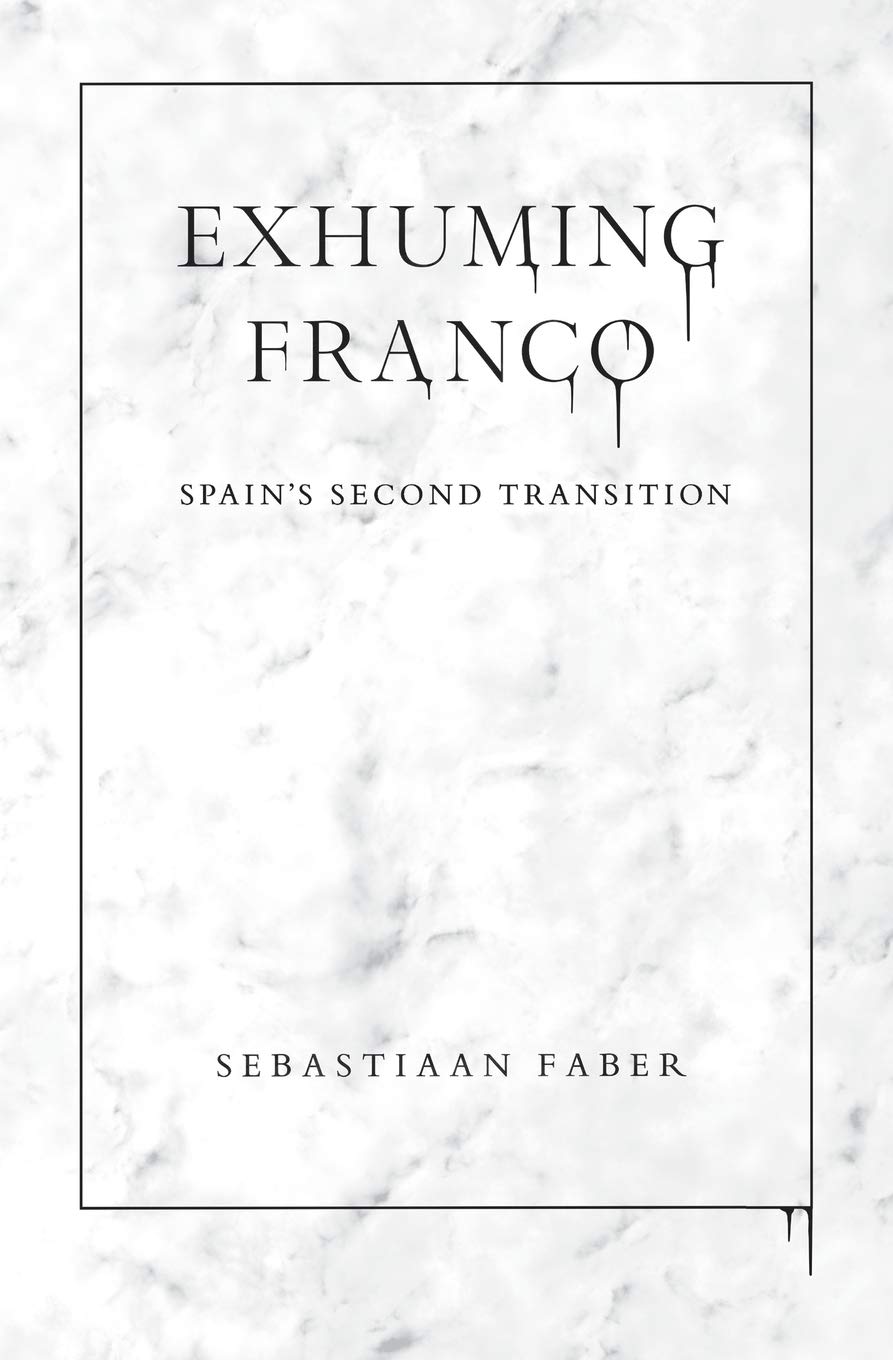 That at least was the wish of the current Spanish government, a coalition of the Socialist Party (PSOE) and the more radical left party, Podemos. That was not going to happen. Franco’s family carried his coffin from the basilica at the Valley of the Fallen, built by the losers of the Civil War, Republican prisoners, it was transferred by military helicopter to El Pardo, outside Madrid, to be interred beside his wife, with a religious service presided over by a priest who is the son of Lieutenant Colonel Antonio Tejero Molina, the man who led the failed 1981 coup which attempted to topple Spain’s young parliamentary democracy. Tejero was in attendance too. Spain’s Minister of Justice attended the removal of the remains. The upkeep of Franco’s new resting place will be paid for by taxpayer’s money, as is the Valley of the Fallen, where Franco had previously been interred.

The fact that the Franco clan today retain the wealth totalling US$550 million, and positions achieved under the dictatorship, stands in contrast as to how the families of Franco’s victim have been treated. During the Civil War and in its immediate aftermath 114,226 people “disappeared,” victims of Francoist repression. Their bodies lie in 2382 unknown mass graves (the figures are those stated in the 2007 Ley de Memoria Histórica (Act of Historical Memory(, the most anywhere outside Cambodia. Most were murdered in the opening months of the Civil War, mostly by Falangist death squads targeting republicans, liberals, socialists, trade unionist, communists, “separatists” and Freemasons (a pet hate of Franco).

The 2007 act allowed for the exhumation of mass graves but the meagre funding available was removed when the right wing Popular Party (PP) replaced the PSOE in government, leaving families to rely on the work of voluntary organisations to trace the remains of family members.

The resulting sense of injustice permeates Sebastiaan Faber’s “Exhuming Franco: Spain’s Second Transition,” which looks at to what extent Franco’s toxic legacy still contaminates Spain’s institutions, big business and media, and also sets out the limits of the Transition to parliamentary democracy which followed Franco’s death in November 1975.

The Generalissimo died in a hospital bed three decades after his comrades, Hitler and Mussolini. This was a man who sent Spanish troops to aid the Nazi invasion of the Soviet Union, who provided direct assistance to Germany’s submarine war and to the bitter end supplied crucial war material for the Third Reich. After the war, as the Cold War developed, the Americans saw Spain as of huge strategic importance and Franco was allowed to rebrand himself as a staunch anti-communist, friend of the West.

The structure of the book is interesting, part written by Faber and the rest made up of 35 interviews he conducted with leading authors, journalists and academics. I found it worked well. The 35 have different views on as to how much Franco still stalks the Spanish state, from 2 out of 10, to 10 out of 10, and as to whether a second Transition is possible or desirable. But they all recognise Franco has left traces and that the first Transition was seriously flawed. What none, including Faber, does is to fall into a trap many do, especially among supporters of Catalan independence, of saying the state is still Francoist.

That’s a mistake because it isn’t the case detainees are regularly tortured, executed in the bloodiest way with the garrotte or taken out at night, lined up and shot. To equate today’s Spain also demeans Franco’s crimes – he killed far, far more of his own people than Mussolini in Italy.

At the time of the Transition the majority of the Francoist oligarchy realised the strength of anti-fascist resistance threatened social upheaval and that to contain things best to enter into a pact with the opposition PSOE and the Communist Party, then a serious force. That pact saw the two opposition parties legalised but it came at a price.

Firstly, the state underwent no purge. The police torturers continued to serve, many in the Basque Country where ETA terrorism was met with a dirty war conducted by the state, complete in the 1980s with death squads.

Franco’s Tribunal de Orden Público (Court of Public Order) was simply one day re-named the Audiencia Nacional, the national criminal court, with exactly the same judges. In the 1980’s, under the PSOE government of Felipe González a body was put in place to appoint and regulate senior judges which was elected by both houses of the Spanish parliament. Today senior judges still owe their appointments to those elected because they support either the PSOE or the PP. In other words they are politically appointees.

The Audiencia Nacional has tried and sentenced nine Catalan leaders for their role in the October 2017 independence referendum, clowns, puppeteers and rappers for insulting the royal family or security forces plus a feminist protesting against fascists honouring Franco. It has never prosecuted any police officers involved in torture.

The Constitutional Court, another product of the Transition, declared that Catalan referendum illegal after the Catalan parliament had voted to hold it, and earlier had struck out key clauses of a new Catalan Statute of Autonomy agreed by both the Spanish and Catalan parliaments and approved by a referendum in Catalonia.

The Cuerpo General de Policía (General Police Corps, CGP), the force Franco charged with dealing with internal opposition and which included the Political-Social Brigade, the torturers, undertook a change of name to the Superior Police Corps and then became today’s National Police Corps. You may have seen them in action in October 2017 attacking those waiting to vote in the 1 October 2017 Catalan independence referendum, smashing their way into polling stations and seizing ballot boxes. In Barcelona their HQ is in the same building where those arrested were tortured under Franco.

On top of all this sheaths of Francoist legislation remains in place. In contrast the Second Republic which he overthrew was excised out of history and none of its laws were recognised.

The Transition also rested on two agreements which had profound consequences. The first, was an Amnesty Law whereby all political prisoners were released, something the left parties desired badly, but which also covered all the crimes of Franco’s assassins and torturers. The Spanish Courts have used this to block any action against those but also any official investigation into Franco’s crimes, including into the fate of the “disappeared.”

The second thing agreed was a Pact of Forgetting whereby both sides agreed to leave the bitter legacy of the Civil War and the repression unopened and thus never resolved. The left parties argued this had to be done to satisfy the armed forces and to neutralise the far right but the narrative which emerged was one where both sides were equally responsible and that if the issues involved were re-opened Spaniards would fall back into the violence of the 1930s.

In fact the narrative which emerged was one that echoed Franco’s. Both sides were not equally responsible. The military rose up to overthrow a democratically elected government, cheered on by the Catholic Church, the bourgeoisie and the middle classes. Two thirds of the executions and murders were carried out by the right. It also encouraged the idea that Spaniards required strong government to contain their dark passions.

One consequence was this was what was largely taught in university, in schools the Civil War was largely untaught.

The pacted Transition saw both the PSOE and the Communists drop their support for a federal Spain and instead the PSOE would adopt the Spanish unionism, and nationalism, of the right. That nationalism pre-dated Franco but reached its heights under his dictatorship. His hatred and suspicion of the Catalans found echoes in the way the Spanish state and media responded to the 2017 Catalan referendum.

The book also looks at how much of Spanish big business owes its initial wealth to the Franco era and how the families of his oligarchy still grace boardrooms today and shows a similar story in regards to the media.

The PSOE and the PP hold up the Transition as creating a near perfect democracy with a constitution which must not be altered. The ongoing crisis in Catalonia has driven a coach and horses through that but current prime minister Pedro Sanchéz continues to insist there can be no referendum in Catalonia and is under pressure from the right, from the PP and Vox, who lump Catalan “separatists” along with migrants and Muslims as “the enemy within.”

The book ends with Faber looking at the recent re-emergence of the far right in Spain, Vox. He shows it comes from a specific Spanish tradition – its defence of the church and family against feminism and LGBT rights, for instance – but is also part of a wider process in today’s neo-liberal world; with far right nationalist parties emerging across Europe targeting migrants and Muslims.

This is an excellent book which helps you get to grips with very real problems facing Spain and examining potential solutions. The different voices and approaches highlights that this won’t be easy but that makes it all the more interesting.

A Sharing Economy: How Social Wealth Funds can Reduce Inequality and Help Balance the Books

Book review by Erica Frazier Cross-posted from the LSE Review of Books blog CEOs in the United Kingdom earn more than 180 times the wages of an average employee. In the six years following the […]

Chris Bambery – How democratic is the Spanish justice system?

While the EU is campaigning against what it sees as an undemocratic justice system in Poland, Chris Bambery points out that the situation in Spain is not much better Chris Bambery is an author, political […]