This is the uncut version of the final chapter of my book, “The Case for People’s Quantitative Easing”. It was written May/June 2018, so is slightly out of date (though I have updated it in places). But I believe its conclusions are right. So I am publishing it now to coincide with COP 26.

I’ve also included an updated version of the original postcript of the book, which seems to me to be very relevant now – not least because the first part of the Dune epic has just been released! 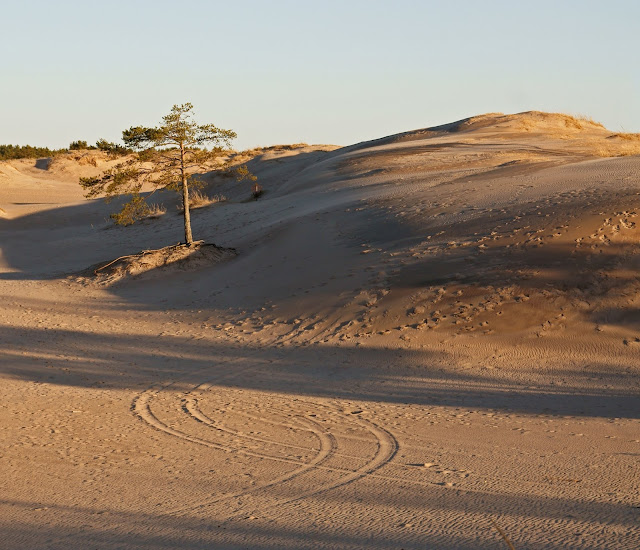 There is scientific consensus that climate change is radically changing the nature of the planet, with profound implications for the future of humanity and indeed for life on earth as we know it. Already, the effects are becoming apparent: ice caps are melting, sea levels are rising, global temperatures are the highest on record and the incidence of extreme weather events is increasing. According to the former Governor of the Bank of England, Mark Carney, climate change threatens both financial stability andlong-term prosperity.

Yet since the 2008 crisis, central banks themselves have inadvertently contributed to global warming. In 2017, researchers at the Grantham Research Institute on Climate Change and the Environment found that corporate bond purchase programmes operated by the Bank of England (the CBPS) and the European Central Bank were skewed towards high-carbon sectors: “Calculations made using publicly available information indicate that 62.1 per cent of ECB corporate bond purchases take place in the sectors of manufacturing and electricity and gas production, which alone are responsible for 58.5 per cent of Eurozone area greenhouse gas emissions, but only 18 per cent of gross value added (GVA). For the Bank of England, manufacturing and electricity production – responsible for 52 per cent of UK emissions – make up 49.2 per cent of the eligible benchmark, but only 11.8 per cent of GVA.”
Citing this research, British thinktank Positive Money accused the Bank of England of “policy incoherence”, saying it was taking monetary policy decisions without considering their environmental consequences. Positive Money demanded that the Bank stop buying bonds issued by fossil fuel companies and disclose the carbon risk of the assets currently on its balance sheet.
Central banks’ eligibility criteria for corporate bond purchases discriminate against green ventures and renewable technologies because these are viewed as higherr isk than older, more carbon-intensive industries. Protecting the central bank from credit and market risk trumps environmental considerations. Once again, central banks’ approach to QE is having unfortunate distributional effects.
Corporate QE amounts to a subsidy to large corporations, many of which are already cash rich. We know that corporations don’t use this money to invest for the future. They buy back their shares and give their executives big bonuses. Corporate QE is thus not only environmentally unfriendly, it is of questionable economic benefit. It would be far better for central banks to support small businesses and new ventures. There are several ways in which they might do this: capitalise SME lending banks and underwrite SME

All of these would mean taking credit risk, and the last would also open the central bank to accusations of “picking winners”. But central banks are better placed than any other institution to absorb risk. If a central bank fears credit risk so much that it favours big corporations over small businesses, manufacturing over services, and carbon-intensive industries over green initiatives, it is not doing its job. The central bank’s priority should be to do what is in the best interests of the people that it serves, not what is least risky for itself.

At the very least, then, central banks need to rethink their approach to corporate QE. There is absolutely no need for central banks to buy bonds of companies in carbon-intensive industries. Helicopter money and support for SMEs would not only be greener, it would be a more effective stimulus.
But greening the global economy will be phenomenally expensive, and there is very little time left in which to make a significant difference. There are growing calls for more direct action by central banks.
A report for the United Nations Environment Inquiry identified three reasons for central banks to involve themselves in measures to mitigate climate change:
Of these, only the first currently seems to be accepted by central bankers as a reason to support green finance. Carney, for example (ibid), talks about the vital role of insurance in mitigating climate risks, but never mentions market failures. He specifically rules out central bank involvement in financing of green initiatives, saying “it is not for a central banker to advocate for one policy response over another. That is for governments to decide.” Once again, the engineered divide between government and central bank seems to render potentially powerful policy interventions politically impossible.
One of the market failures identified by the UN report is the underdeveloped nature of green bond markets, and indeed of green finance generally. Central banks could use QE for the People to help the development of green bond markets. They could underwrite the issue of public and private sector green bonds. As many green initiatives are likely to come from small businesses and innovative new ventures, some of these green bonds might take the form of SME securitisations, as already discussed. And central banks prevented by law from buying primary issues of sovereign bonds could still act as primary dealer in a nascent green bond market if public sector green bonds were issued by a public investment bank rather than directly by the government.
Positive Money (ibid.) calls for what it calls “overt monetary financing” (OMF) of green initiatives:

…the central bank would buy zero-interest-bearing, perpetual bonds from HM Treasury to finance government deficit spending on green projects. Such a policy would best be used in a recession, where the stimulus from money finance is more certain than the impact of debt-financed deficit spending. This would reconcile support for prices with decarbonisation – and might well be necessary as the climate crisis sharpens. The OMF transmission mechanism would be more direct than QE since the financial sector no longer plays the role of intermediary.

This might be one way of using central bank firepower to support green initiatives, low-carbon technologies and renewable energy projects undertaken by governments and public investment banks around the world. But alternatively, we could simply rely on central banks’ ability to absorb without limit the bonds issued by governments, investment banks and even the private sector. If central banks tell the world that this is their project, no financial market player would dare try to raise the cost of financing it.
But responsibility for mitigating climate change belongs to everyone, including wealth owners in the private sector. It cannot all fall upon governments. Denying the private sector a role in the financing of green initiatives would be as counterproductive as denying central banks a role. Central banks need to shed their fear of credit risk and stand ready to support private as well as public sector actors.
Climate change is the biggest challenge facing humanity today. It is essential that we put our divisions aside and refrain from creating unnecessary barriers to green finance. There are many forms of QE for the People. If governments and central banks can conquer their fears and agree to cooperate, it may not be too late to use QE for the People to help save the planet.

Fear is the mind-killer. Fear is the little-death that brings total obliteration.

So says Frank Herbert, in the science fiction novel “Dune”.
The failure of the Great Experiment was caused by fear. Fear brought about the Great Unfairness. And because of fear, the world is now in the Long Stagnation.
But how long will this stagnation last? Populist forces are rising around the world, as people who have suffered a decade of wage stagnation and insecurity rebel against the “elites” they blame for their plight. Even before the pandemic, those elites started to respond by opening the spending taps. And now, unprecedented government and central bank spending has brought an abrupt end to the age of austerity. Will it bring about renewed growth? Possibly. But we are paying a heavy price. Barriers are going up everywhere. Inflation is on its way back, not because of QE but because of tariffs, trade restrictions and supply chain disruption.
If we had not allowed ourselves to fear the consequences of distributing money to people, the world might have been better prepare for a pandemic, and we might now be in better shape to fight the greatest enemy the human race has ever faced.
But it’s not yet too late. Let governments and central banks cooperate with each other and with the private sector to create money when it is needed and distribute it to the people who need it. That is their job. That is QE for the People.

This is a transcript of a special one-off episode with Gary Younge, writer, broadcaster, and professor of sociology at the University of Manchester. You can listen to this podcast here. Transcripts are generated using a combination of speech recognition […]

Flygskam, or “flight shame,” has done little to counteract the effects of air travel. Ivan Marc/ Shutterstock Roger Tyers, University of Southampton Despite flying being the single fastest way to grow our individual carbon footprint, […]