Without a grasp of basic economics there is little chance of success in stopping the climate crisis.

The Gower Initiative is an independent, non-profit organisation which is part of a growing international movement which challenges the economic orthodoxy of the last four decades. We are supported by distinguished economists and many other experts who have played a vital role in offering advice and guidance in the development of this project. 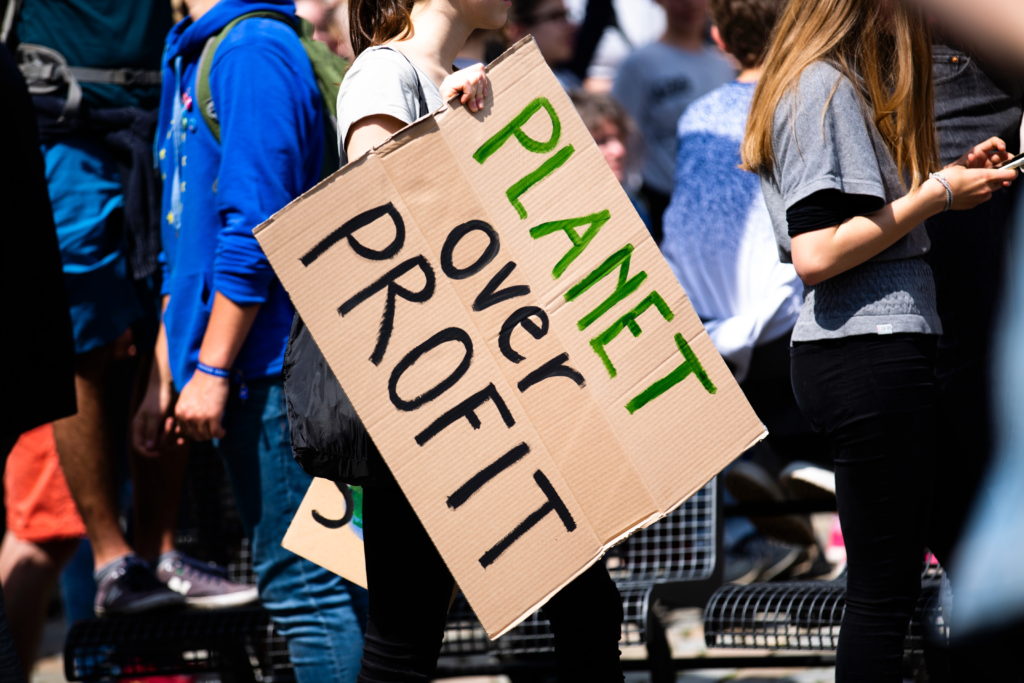 Photo by Markus Spiske on Unsplash

Earlier this week in New York, Greta Thunberg, Naomi Klein and other environmental activists shared a platform in an event entitled ‘The Right to a Future’. In the face of growing public concern about the consequences of climate change (see last week’s blog) the discussion focused on how to break through the political and economic barriers which are preventing addressing the climate crisis, and how best to secure a future in which human beings can survive and thrive.

Greta Thunberg’s lonely protests outside her own Swedish parliament have grown into a world-wide movement. Next week on September 20th a series of climate strikes will take place on every continent across the world (link here). Young people who have the most to lose will be joining hands in an act of world-wide resistance and asking politicians to take their heads out of the sand and act before it is too late.

Greta’s simple message to the world in the face of those who claim that action will be too expensive was; ‘’If we can save the banks, we can save the world. If there is something we are not lacking in this world it’s money. Of course, many people do lack money, but governments and these people in power, they do not lack money’.

In the light of the growing campaign to challenge the monetary orthodoxy of the past decades by bringing an understanding of modern monetary realities to ordinary people and shining a lens on the consequences of austerity and public spending cuts, this simple message was a heartening one. Such public figures as Greta Thunberg and Congresswoman Alexandria Ocasio Cortez espousing such ideas in a public arena allow us to explore and challenge the narratives of destruction and go boldly forward in the knowledge that a Green New Deal is not just affordable, but vital to our existence.

As Professor L Randall Wray and Yeva Nersisyan write in their paper entitled ‘How to pay for a Green New Deal’ which they explain mimics that of J.M Keynes famous book ‘How to Pay for the War: A Radical Plan for the Chancellor of the Exchequer’;

Prior to last week’s Spending Review, Greenpeace and the Friends of the Earth urged the Chancellor to invest at least £42bn to tackle the climate crisis. Much of course has been made of the loosening of the fiscal purse strings (along with dire warnings by the economic sirens of orthodoxy) but the £32m allocated by Javid amounted to little more than a gesture and was just 0.l% of what is needed to help the country meet Theresa May’s 2050 net-zero target. In fact, as the Friends of the Earth noted, ‘it completely undermines the government’s commitment to taking climate and biodiversity seriously’. Instead of putting its money where its mouth is, it is showing the complete contempt with which it holds our young people who will inherit the consequences of its failure to act.

Of course, that may come as no surprise when you know that the some of the signatories of a letter (a former founder of the Taxpayer’s Alliance, the Institute of Economic Affairs and the Adam Smith Institute) sent to the EU and the UN last week entitled ‘There is no Climate emergency’ are reported to be advising Javid, Johnson and Truss.

Naomi Klein climate activist and campaigner wrote in her book ‘This Changes Everything’ (2014): ‘

“The bottom line is what matters here; our economic system and our planetary system are now at war. Or, more accurately our economy is at war with many forms of life including human life. What the climate needs to avoid collapse is a contraction in humanity’s use of resources: what our economic model demands to avoid collapse is unfettered expansion. Only one of these sets of rules can be changed, and it’s not the laws of nature.”

Our governments and the corporations they serve need to move beyond viewing the natural world and its citizens as resources to consume and throw away in their constant search for profit. As Klein says, we need a ‘shift in worldview at every level’. In her new book On Fire: The Burning case for a Green New Deal to be published next week she makes the point that ecological breakdown and economic injustice are inseparable. From action to deliver a greener and more sustainable world to addressing the inequality which leaves too many without enough food, adequate shelter, healthcare and education, the Green New Deal (GND) provides a radical framework upon which we can build for real change.

However, we should also not forget the importance of the Job Guarantee which is fundamental to delivering a GND. We need to manage the transition for workers currently employed in carbon heavy industries, towards a green pathway that not only cleans up the environment but redresses the exploitation of both humans and finite resources in the search for surplus value. This exploitation has formed the basis for the economic and societal injustices that have prevailed for far too long and the adjustments which will have to be made must not impoverish further or place any more burden on those who have already paid a heavy price and suffered enough.

On the one hand, we have politicians on the right barricading themselves in with nonsensical fiscal rules which, despite a loosening of the purse strings to offer a few crumbs from the table, still favour financial prudence over societal and planetary well-being to keep the status quo in place. On the other we have economists and politicians on the left discussing how the green new deal can be paid for through borrowing because interest rates are so low. They, in their different ways both deny the monetary reality that a government which issues its own currency doesn’t have to borrow to fund its spending and fail to grasp that such financial constraints could put the brakes on government action to address climate change. Instead of imposing monetary constraints which do not reflect monetary reality, our leaders and their advisors should be looking at how we can best manage the resources that will be needed to put the GND into action without exceeding the productive capacity of a nation and indeed the planet.

It is imperative that our young people grasp monetary realities and challenge the stale paradigms and incorrect narratives on both sides of the political divide which will deprive them of a future if not addressed urgently. On a dead planet there are no workers – well actually there are potentially no people!

Gig Economy Project – Lis Gaibar: When Being a Rider is a Health Risk

Lis Gaibar examines a new study on the health risks of being a rider, and whether the planned ‘Rider Law’ of the Spanish Government will improve the situation. This piece was originally published in Spanish […]

The Counterbalance – Ioannis Lianos: Taking on vested interests in Greece

Ioannis Lianos, head of the Hellenic Competition Commission since November 2019,  whose office mounted dawn raids against Greece’s biggest banks.  And that were just the start. Counterbalance is a newsletter from a new anti-monopoly organisation, […]

Neo-Classical economists are nothing less than the agitprop troops of neo-liberalism. Unfortunately they have taken over most economics departments at universities. Yanis Varoufakis, a former finance minister of Greece, is leader of the MeRA25 party […]