We are not only dealing with an economic crisis, but also with a climate crisis. The two are inseparable. 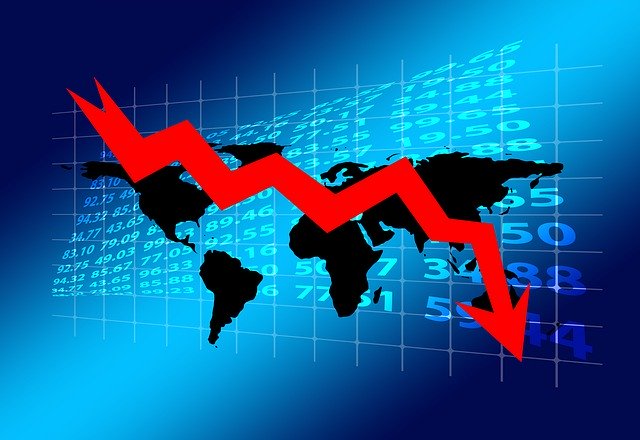 The outbreak of the (almost) global pandemic, COVID-19, means we are facing some of the greatest uncertainty and rapidly-changing situations, which are being met by dynamic responses from governments, corporations, and individuals around the world. Financial markets are in huge turmoil, the European automobile industry is shutting down, airlines are being nationalised (see Alitalia), while many companies are asking for government bailouts. The pandemic has also already turned into a severe shock for the labour markets. The International Labour Organisation (ILO) predicts a significant rise in unemployment around the world, ranging from 5.3 million (“low” scenario) to 24.7 million (“high” scenario). Of course, those estimates remain extremely uncertain, but point to the magnitude of possible impact levels from the COVID-19 fallout (in comparison, the global financial crisis of 2008-9 increased unemployment by 22 million).

Due to the undeniable decrease in global economic activity, the pandemic will almost certainly lead to a significant short-term reduction in global emissions. Climate scientist Glen Peters suggests that carbon dioxide emissions might decline between 0.3% and 1.2% in 2020. Yet, looking back at past global and local economic crises, it is also very likely that emissions will rapidly recover when the pandemic is over. In 2010, after the global financial crisis, global emissions increased by 5.1%, which is much higher than the long-term average.

Just as during the global financial crisis, large and comprehensive bailout measures are inevitable when stabilising companies from going bankrupt. However, such stimulus measures must be thoroughly combined with conditions that transform the structure of the economy. This should avoid promoting “business-as-usual” and instead foster a comprehensive restructuring of the economy in the name of climate justice. Around the world, stimulus packages must be directed towards the Green New Deal and towards the transformation of the energy sector. Corporate bailout money should be contingent on specific and detailed objectives to decarbonise production processes.

Additionally, such stimulus measures need to be complemented with conditions that increase social justice, some of which American Senator Elizabeth Warren laid out: increasing the hourly minimum wage, not paying out dividends or executive bonuses as corporations receive federal funds or for three years thereafter, and increasing the share of workers on boards of directors.

Where decarbonisation is impossible because of high unsustainability, production process could be transformed by using a proposal voiced earlier by green unionists from the Swedish auto industry: During the financial crisis, they proposed to convert the entire industry towards sustainable production processes. In the context of the global financial crisis, unionist activist Lars Henriksson argued that putting such a strategy into practice

“is probably only possible in a situation in which jobs are profoundly threatened, and broad layers of workers are prepared to look for radical solutions. Given the present volatile condition of the world capitalist system, this situation is never far away, especially in the auto industry, where overproduction is always lurking around the corner.”

Still, the COVID-19-induced economic crisis will lead to enormous jobs losses and will also hit hard those without regular employment (self-employed, part-time employed and gig economy workers). Here, a short-term immediate response is to implement a universal basic income. This would directly give ordinary people the means of greater resilience through a modest monthly payment—without conditions—as a right to every legal resident in the country. Monthly amounts can be adjusted according to national standards of living. This means the payments would also act as an automatic economic stabiliser by supporting aggregate demand. Most importantly, this gives people greater resilience, but also makes government decisions less dependent on company demands (for instance, when thinking about lifting measures implemented for businesses). From a medium-term perspective, universal basic services should gradually replace—or at least complement—the universal basic income in order to ensure safety, opportunity, and participation for all. Universal basic services include healthcare, education, shelter, food, information, and transportation for all. In many countries, where such universal services are now subject to for-profit principles, market-based solutions, large-scale investment in, and the re-municipalisation of such services is needed. In times of the COVID-19 pandemic, privatised and outsourced health care services painfully demonstrates the wrong trajectories that social policy has taken over the past decades in many countries.

Finally, bringing the COVID-19 and climate crisis together also means taking a fresh look at staggering economic inequality. Here, we can turn to the vision of a “participatory socialism” recently laid out by Thomas Piketty in his new Capital and Ideology. He proposes large-scale fiscal redistribution through three progressive taxes—a wealth tax, a progressive inheritance tax, and a progressive income tax (on corporate profits, social-welfare contributions, payrolls, self-employment, and possibly carbon dioxide emissions). Together, such taxes could yield significant revenues, which can be used to fund stimulus measures, basic income, as well as the investment in universal basic services.

To be sure, such economic policy proposals will not reduce the great uncertainty tied to the COVID-19 pandemic and its dramatic outcomes for many people around the world. However, such proposals would reduce the economic hardship face by individuals by focussing on short-term and long-term measures directed at people and not profits. Furthermore, such proposals are a necessary step towards an ecological transformation of the economy.

Richard Murphy, inexorably trying to get British politics back on track. Unfortunately the Green New Deal is virtually unknown on the mainland. Germany is discovering that should it introduce a speed limit on the autobahn […]

Frances Coppola – There’s no such thing as a safe stablecoin

Not one of the stablecoins currently in circulation lives up to its name. Frances Coppola is the author of the Coppola Comment finance and economics blog, which is a regular feature on the Financial Times’ Alphaville blog […]