Spain’s Social Democrat/Unidas Podemos coalition was slow in reacting to the coronavirus with disastrous consequences. They seem to be doing the same on the economic front.

Juan Carlos Barba  is an Economic journalist at the Spanish newspaper El Confidencial and has a podcast “Economía Directa”, the main
economic podcast in Spanish language. 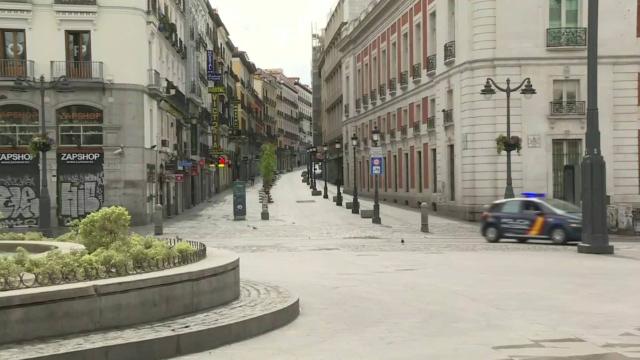 The history of mankind shows that the only limits that human beings face are physical, mathematical, and/or biological. However, the different structures of power with which we have been endowed throughout history have ended up being ephemeral, perfectly replaceable, if necessary, by others that allow it to better confront apparently unsolvable problems. The economic policy we need to face the adversities arising from the COVID19 crisis requires a controlled implosion of the current system of financial governance, designed under an architecture that is not prepared to deal with the economic shocks that are coming. Western politicians, especially European ones, must decide how they want to go down in history in the resolution of the coming recession, as Herbert Hoovers, or, hopefully, for the sake of us all, as Franklin Delano Roosevelts.

The outbreak of the coronavirus will highlight the interdependence between the economy’s demand and supply, generating a series of shocks that are different from what we are used to, and in the face of which current economic policy is useless. On the one hand, the COVID19 is generating a supply shock as companies stop producing because their workforce is quarantined and some key inputs are no longer available. This shock from the supply side will have a very negative impact on demand, as workers who are laid off will lose income and reduce their spending accordingly. But the coronavirus also triggers a second, separate demand shock. The fear and uncertainty that the pandemic is instilling will cause consumers to alter their spending patterns fairly quickly. In the face of these shocks, the task of designing an economic policy response is far more complex and exacting.

Providing guarantees for credit and loans, or monetary policy is not the answer. Companies will not borrow if their markets are collapsing. Consumers will not be able to take advantage of lower interest rates if they are losing their jobs. A lower exchange rate and greater international competitiveness will not outweigh the fall in spending if the crisis is widespread. If businesses and households cannot spend, and if the rest of the world cannot either, using the elements of Wynne Godley’s sector balances, only the public sector will hold the key. The crux of the matter is how to do this, because if it is not done properly, it risks generating a deterioration in the balance sheet of companies and families that will end up transforming the COVID 19 recession into a great depression.

The hour of the Treasury and the Finance Ministry has come

Prime Minister Pedro Sánchez’s decree last week with half-baked measures consisting mostly of bank guarantees, deferral of taxes, support for temporary lay-off of workers and assistance for self-employed workers and professionals forced to close their businesses remind us too much of Hoover. The decree is injecting a paltry sum of money into the economy at a time when a massive intervention from the State is required. But there is still time to come up with another proposal that should surely bring the public deficit well above the 3% limits set out in the European treaties. Our leaders should be prepared to manage a war economy. The collapse of large sectors of our economy as a result of the closures imposed – such as tourism or the hotel industry, aviation or industries, whose retail distribution channels have been closed for a week – will force the state to transfer a massive amount of revenue to households and businesses, especially small and medium sized enterprises (SMEs). The need to develop the responsiveness of our health sector will also force many companies to transform their businesses – for example, to manufacture respirators or virus detection kits – which is not viable without government funding or demand. Even once the lockdown is lifted, the economic damage will be so great that the government will have to consider a major reconstruction programme, as well as the nationalisation of some companies —the Spanish airline Iberia among them— including the creation of a public corporation to recapitalize the companies in trouble, probably some private banks as well. Obviously one must ignore the spending rule recently approved by the lower house of Spain’s parliament, the Congress of Deputies, and, if you hurry, when the pandemic is over, by way of urgency, the first decision of Spain’s parliament should be to abolish the Organic Law of Budgetary Stability and Financial Sustainability, and to reverse the constitutional reform of Article 135 which limit the structural budget deficit to less than 0.4% of GDP and prioritize using surpluses to pay back public debt.

Many of you are no doubt wondering where we will get the money to finance this deficit? For a state with monetary sovereignty, the answer is trivial: the Treasury would give a transfer order to the Central Bank, which would simply make a bookkeeping entry by debiting the account held by the Treasury at the Central Bank, and crediting the accounts held by the commercial banks at the Central Bank itself, which is where families and businesses, the ultimate beneficiaries of the money injection, keep their deposits. This operation only requires the use of a computer.

Unfortunately, as we are members of the euro group, we have no monetary sovereignty and, moreover, we have chained our fiscal and monetary system with numerous institutional restrictions. We do not have a central bank because we gave it up when we entered the euro. The rules of the European treaties prohibit the Treasury from opening overdrafts on its central bank account.

For this reason, the Treasury is obliged to issue government debt for an amount approximately equivalent to the government deficit.

If investors perceive that a state will be unable to pay its debt, the price of these debt securities will fall on the markets. The effect is equivalent to an increase in the yield required on that debt. This is what happened to the debt of peripheral countries in 2010 when their risk premiums shot up to the point where their solvency was threatened. Finally, when Draghi announced in 2012 that the European Central Bank (ECB) would buy as much of this debt as was necessary to stabilise it, the risk premium fell and today we pay zero interest. This mechanism is a roundabout way of financing the Member States because, in essence, the governments issue debt that is mostly bought up in the secondary markets by the ECB within days, but it has the same effect as direct monetary financing of the government. However, these ECB purchases are conditional on the states adopting a path of budgetary adjustment.

On the morning of 18 March, the European Central Bank announced a 750 billion euro Pandemic Emergency Procurement Programme. This time the ECB will not require member states to commit to a balanced budget and is therefore inviting them to spend much more and let their deficits grow. In essence, it has opened the safe to the ministers of Finance, Mrs. Montero, and Economy, Mrs. Calviño, to spend on whatever is necessary. In any case, the drop in tax revenues is going to be so deep that no rule of fiscal decorum can possibly be maintained. The European Commission itself has decided to lift the restrictions on the public deficit for this year. In plain language: the European authorities are opening the treasure chest for the Spanish government. The government has yet to take notice of this and implement an expansion plan that is up to the task.

Branko Milanovic – Stan wojenny: My memories of the (post) Martial Law in Poland

A good historical piece for a Sunday read. Branko Milanovic is an economixt specialised in development and inequality. Cross-posted with kind permission from Branko Milanovic’s blog Global Inequality When several days ago I ran into […]

Commodities are often represented to consumers based on corporate promises of social responsibility. But with little evidence of positive impact on the ground for workers, is ethical consumption really a move in the right direction? […]

Forget the EU’s Green Deal. Call it climate hypocrisy instead. One day the European Parliament declares a climate emergency, now they vote in favour of fracking. Again it was EU hegemon Germany behind this vote. […]