Rather than acting as a deterrent, Moria drastically affected the security, health, and well being of its residents. 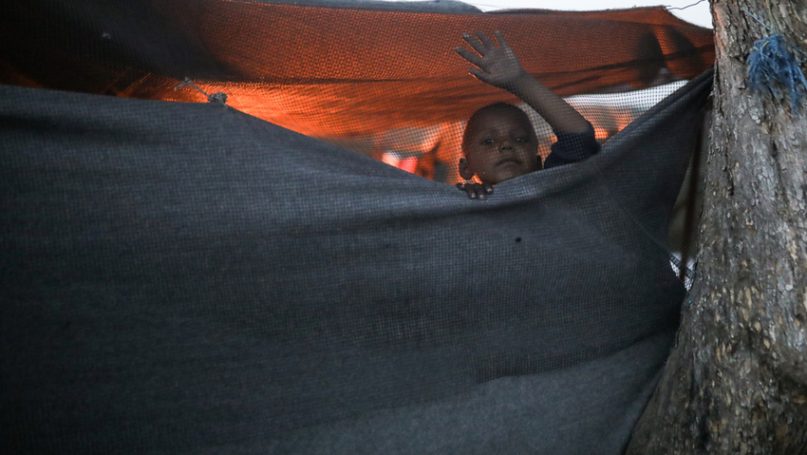 On 08 September, the Moria Reception and Identification Centre in Lesvos, Greece, was destroyed by fire. It has been referred to as ‘hell on earth’ and ‘the worst refugee camp on earth’. In recognition of the fact that the poor conditions were at least in part responsible for the developments which led to the fire, European Commission (EC) Home Affairs Commissioner, Ylva Johanson, said there would be ‘no more Morias’. With the new Moria already being classified as ‘worse than Moria’ such assurances are as best regarded as empty.

In 2015, Moria was designated as a ‘hotspot’ in recognition that the Island of Lesvos was under exceptional pressure from migration. The ‘hotspot approach’, should have entailed additional support provided to register arrivals, provide short-term dignified accommodation, and swiftly adjudicate asylum petitions. However, after the 2016 EU-Turkey statement which prohibited migrants from leaving Greece before their application for asylum was processed, did not take into account the desperately understaffed Greek asylum service being unable to process asylum petitions quickly enough, Moria became a bottleneck. This made the camp perpetually overcrowded, with the capacity of around 3,000 far exceeded by up to 20,000 people at times, with residents in effect trapped in what was ostensibly a short-term transit centre for months, often years. Many residents ‘overflowed’ the official camp to the surrounding olive grove, or fled the camp’s growing violence borne of overcrowding, terrible conditions and increasing frustration.

In effect, Moria became a long-term migrant camp, without the facilities required for long-term residency. Moria’s facilities even fell short of UNHCR’s transit centre guidelines. To avoid complicity with the poor camp conditions afflicting migrants, a large number of humanitarian actors discontinued their humanitarian assistance within the official Moria camp.

Over the past 18 months, we have conducted research with the remaining humanitarian actors, all of whom described the conditions in Moria as deplorable. Others have described it as ‘the worst refugee camp on earth’ (BBC 2018: n.p.) and a ‘living hell’. It has been described as a prison-like place and a place of violence, deprivation, suffering and despair, where children self-harm and some even commit suicide. The situation in the camp can be characterised as a ‘European failure’, given the basic needs that have not been addressed, due to limited water and electricity supply, poor sanitation, lack of food and prevalent violence.

One of the reasons for this, according to our research, was the lack of overall leadership and government responsibility. Humanitarian actors explained how, since 2015, there has been a gradual worsening of camp conditions and that attempts to improve them had been actively undermined by local and national authorities. Moria is administratively under the Ministry for Migration and Policies, and their work in Moria has been under constant criticism by international humanitarian organisations, whilst the Greek ministry has, in turn, accused and criticised NGOs for profiting from the crisis. While all humanitarian actors we spoke with, including many volunteers, were demonstrably only motivated by humanitarian reasons, some recognised there were a few organisations that appeared to be motivated by profit and profile. Moreover, a number also recognised there were broader areas in which humanitarian organisations could improve their engagement and impact, not least through better co-ordination and coherence of efforts.

The camp, however, is not simply a static manifestation of violent borderwork. It is a complex, dynamic site of struggle in which those who live and work in the camp continuously make and remake the camp. This can be seen, for instance, in the ways in which humanitarian actors simultaneously fill the gap resulting from the violent inaction of the state while contributing to the poor conditions of Moria as a result of poor co-ordination and resultant inter-agency competition and criticism, and the broader ways in which they potentially reinforce but also challenge the violent governance of migration.

The EU and Greek authorities continue to rob vulnerable people of their dignity and health, seemingly in an effort to deter others from coming. This policy is cruel, inhumane and cynical, and it needs to end.

Many humanitarian actors we spoke with said that they knew of many humanitarian actors who, due to poor camp conditions, obstruction by local authorities, perceived police targeting, local hostility, and far-right attacks, had left Moria. Others, however, said that these challenges, while it made their work more difficult, reinforced their commitment and motivation to remain. They argued that they were ‘not going to be bullied in to not helping people in need’, because their work was ‘needed more than ever’, recognising that the fact that migrants kept coming ‘is very telling about where they are travelling from’.

The poor conditions of Moria did not deter migrants from attempting to come to Lesvos or to enter the EU. Rather than acting as a deterrent, it drastically affected the security, health and well-being of its residents and made the work of humanitarian actors more difficult, leading to enormous suffering that could have been avoided. The EC Home Affairs Commissioner, Ylva Johanson’s appeal for ‘no more Morias’ became a rallying cry among humanitarian actors and others. However, conditions in the new camp, Kara Tepe, where thousands of asylum seekers and other migrants forced from Moria now reside, are widely regarded as ‘worse than Moria’. Until the push factors that cause people to flee are addressed, poor camp conditions will only further undermine the security of migrants and pave the way for another disaster: poor conditions will not, as perhaps is intended, deter migrants from attempting to travel to the EU, nor deter humanitarian actors from attempting to assist those in need.

Aleks Szczerbiak – What are the Prospects for the Polish Opposition?

Aleks Szczerbiak is truly a phenomenon. He manages to repeatedly write articles explaining the complicated political situation in Poland so that one actually knows what is really happening and why. He puts 99.9% (at least) […]

Facebook won’t let state oversight trump shareholder interest, so alternatives – based on common ownership and community control – are needed James Muldoon is senior lecturer in political science at the University of Exeter and Head […]

The ECB’s constant failure in forecasting and delivering inflation close to 2% is revealing an important crisis of thinking in the ECB’s policy making. 20 years after the creation of the euro and 10 years […]