Another EU failure, not only for those held in the camps, but also for the values that define Europe 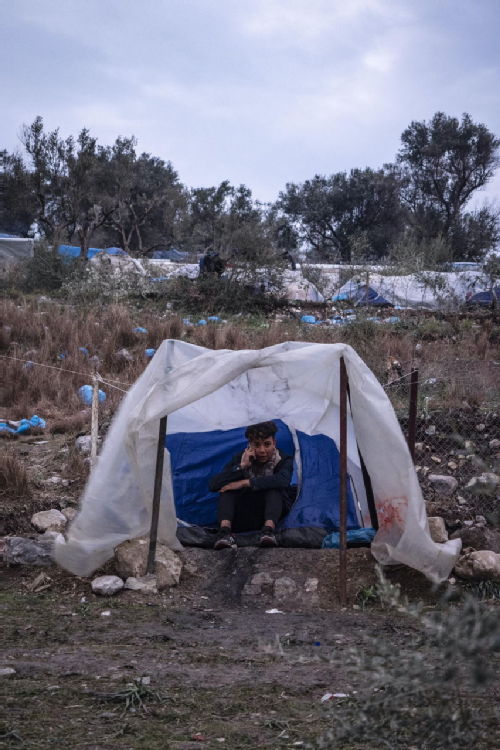 After the fire that destroyed the Moria Reception and Identification Centre on the Greek island of Lesvos, on 08 September, the 13,000 migrant-residents were moved into a quickly assembled new camp in Kara Tepe. Within a month this camp was already being referred to as ‘worse than Moria’, which had itself been described as ‘hell on earth’.

After the fire, European Commission (EC) Home Affairs Commissioner, Ylva Johanson, said there would be ‘no more Morias’, recognising that the poor conditions were partly responsible for the developments which led to the fire.

Whether or not conditions in the camp would improve and the Commissioner’s assurances honoured will now be difficult to ascertain in light of a recent General Operation Regulation of the Temporary Reception Facilities in Greece passed on 30 November. This regulation prohibits all workers operating in a refugee camp, including government civil servants and volunteers, from publicly sharing any information about the residents or the conditions in the new camp. Kara Tepe is thus continuing a dangerous trend of hiding harm with a policy of silence.

Moria was designated a ‘hotspot’ due to the overwhelming surge of migrants arriving on Lesvos in 2015. The ‘hotspot approach’ was intended to allow for a quicker Registration and adjudicate of asylum application and provide additional support to ensure dignified shelters and services.

However, when the EU-Turkey statement was signed in 2016, the vastly understaffed Greek asylum service meant asylum claims could not be processed quickly enough. The camp became a bottleneck, severely and perpetually overcrowded, with the 3,000-person capacity far exceeded by up to 20,000 people.

As a consequence, Moria, built as a short term transit camp but without even meeting the UNHCR standards of a transit camp, essentially became a camp for long-term residency where many migrants effectively remained trapped in deplorable conditions for months and sometimes years. Some described the camp as ‘the worst refugee camp on earth’, as ‘a living hell’, and a prisonlike place where the lack of food, poor sanitation, limited water and electricity supply and prevalent violence, earned the camp a reputation of being ‘the moral failure of Europe’. These deplorable camp conditions contributed to a number of fires in the camp, including the fire which destroyed the camp, resulting from technical faults and growing desperation among migrant residents.

Over a period of 18 months, we, two scholars, one of whom has extensive field experience from Lesvos, conducted interviews with humanitarian actors working in Moria on the causes and effects of these poor camp conditions. Invariably, research participants described the conditions as deplorable, and as intended to both deter humanitarian actors and, moreover, prospective migrants hoping to enter the EU. Many were also critical of how information about these conditions was being carefully managed in order to avoid public scrutiny.

Humanitarian actors described being prevented from taking photos or video footage in and around the camp by the police: ‘If they get your camera, they delete everything’. This could be an indication of a desire to hide what is going on in Moria, and in so doing to keep it away from media scrutiny.

A number of humanitarian actors also regarded the recent, high-profile arrest of Salam Aldeen, a prominent NGO manager in the field, because he shared pictures and information and was an unrelenting critic of the terrible camp conditions and the treatment of migrants. His arrest was regarded by other humanitarian actors as intended to silence those seeking to document and share what they perceived to be wrongdoing by the Greek authorities. Many also regarded his arrest and the broader practice of policing humanitarian aid workers as intended to deter other volunteers from offering humanitarian assistance.

Humanitarian actors also said that when official visitors came, they would only be shown a small part of the camp, and only after it had been cleared and cleaned. These visits, during which journalists are not allowed in, were effectively staged to present the camp in a very particular way to avoid criticism and public scrutiny. However, a difficult balance needed to be maintained between avoiding criticism, while maintaining the spectre of deterrence by ensuring the message was communicated to migrant groups particularly, as well as to domestic groups hostile to migration, about the poor conditions. As one of our research participants (a humanitarian volunteer working in the camp) said in 2019:

They don’t want to keep the camp so bad so that Greece reputation is completely ruined. When Angelina Jolie and the pope visited, they cleaned up the camp a little bit. Journalists are not let in… They don’t want to show the worst part of the camp, but they want to make sure it’s bad enough to not want to come.

Official communication thus becomes a balancing act between presenting a powerful show of deterrence for migrants, as well as those who might want to help them, and evading criticism for failing to meet the international humanitarian standards. This difficult balance is maintained by limiting disseminated information and keeping audiences separate. Paradoxically, the less that is actually known about Moria, the more these dual messages are able to be managed: criticisms can be avoided, and the spectre of detention is all the more powerful because of the element of the unknown. 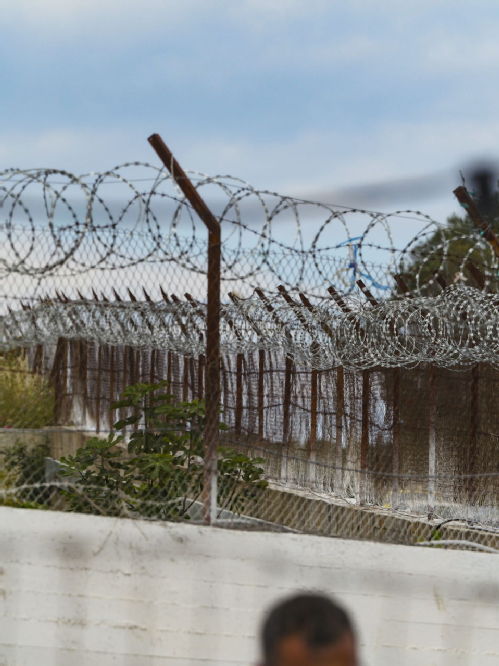 Prisons also perform this balancing act of communicating different messages to different audiences, and similarly do so by controlling and limiting information that is disseminated.

It is no coincidence that Moria has been referred to repeatedly by our research participants as ‘prison-like’. This is not just because it looked like a prison with its perimeter fences, barbed wire and gates, checkpoints and police guards. Nor is it just because the camp became a space of indefinite confinement. It is also because residents were segregated, contained and screened from outside communities, their movements strictly controlled and curtailed, and information about them tightly controlled.

Carefully managing information about groups in carceral spaces – through segregation, containment and curtailing communication channels – also helps protect the presentation of these groups as deviant and in need of control and punishment. Their continued segregation and containment, in often deplorable conditions, can thus be justified.

In effect, rendering migrants invisible enables a discourse to be constructed and maintained around the migrant left relatively unchallenged by a lack of evidence to the contrary. Segregation and control of information about migrants and how they suffer is also an effective governing technique, helping to dehumanise, facilitate indifference towards them and reduce acts of solidarity.

With the policy of silence being legislated in Greece, under the General Operation Regulation, the Greek government is authorising an environment where the suffering of migrant remains unseen hidden from society. When suffering cannot be seen, when it is confined behind prison-like barriers, and when it is kept from public scrutiny by destroying camera footage, it is easier to dehumanise and to deny that human rights violations and other harms have occurred.

Efforts to hide the suffering enables dehumanisation and reduces the migrant to a number it enables them to be presented as someone who represents a danger, rather than someone who’s in danger.

In turn, this justifies entrapping migrants in deplorable camp conditions and, paradoxically, helps justify disinterest in the harms they suffered, thus allowing harms to continue under the shroud of silence.

Whenever African nations have anything of value Northern nations are there to take it away Hamza Hamouchene is the North Africa Programme Coordinator at the Transnational Institute based in London, UK First published in a […]

In Germany the public image of the European crisis is rooted in prejudice. It is therefore necessary to clarify once again using the latest data what is really at stake and how the “great divergence” […]

Richard Murphy – The G7 tax deal: a first reaction says there is a long way to go to get this right as yet

That any sort of agreement has been reached is surely a success, but it all seems to be adulterated with fudge. Richard Murphy is an economic justice campaigner. Professor of Accounting, Sheffield University Management School. […]