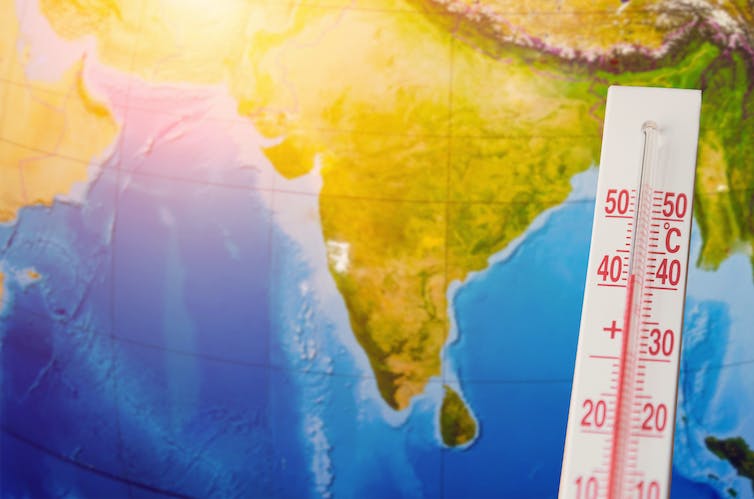 Is it game over for our attempts to avert dangerous climate change? For millions of people in India and Pakistan the answer is clearly yes as they continue to suffer from a record-breaking spring heatwave that is testing the limits of human survivability.

As global emissions continue, such extreme weather will become more likely. Back in 2015, the international community agreed that warming beyond 1.5°C would cause devastation on an intolerable scale. This was codified into the Paris Agreement which sought to limit temperature increases since pre-industrial levels to well below 2°C, with 1.5°C as a goal. In reality, there is a vast gulf of impacts between 1.5°C and 2°C. The IPCC’s 6th Assessment Report showed that once-in-50-years heatwaves will become nine times more frequent at 1.5°C, and 14 times more frequent at 2°C.

The 1.5°C goal requires immediate, large, and sustained cuts in greenhouse gas emissions. But emissions are currently surging upwards as the global economy recovers from COVID-19. At current rates and current inaction, the average global surface temperature of our home planet will increase beyond 1.5°C shortly after 2030. The World Meteorological Organisation estimates there is now a 50:50 chance that temperatures will exceed 1.5°C one year within the next five.

Does this mean the Paris Agreement has failed? What next for climate politics and activism? These and other questions are only becoming more urgent. We must come up with answers and strategies for dealing with their answers now. And we must do that while remembering that every fraction of a degree of warming spared will save people, ecosystems and nations that would be condemned as temperatures increase.

As complex as the climate change conundrum is, in important respects it can be characterised with a simple question: how many people are we willing to see die as a consequence of our governments’ and banks’ continued coddling of the fossil fuel industry? And let us remember, it is the world’s poorest people – those least responsible for the problem – that will be doing most of the dying. If warming were to significantly exceed 1.5°C, then many people in richer, industrialised nations will join them. Climate breakdown is non-linear, so a 3°C warmer world would have far more than twice the impact of a 1.5°C world. Stable societies may be impossible. Humanity may be plunged into a period of mass death.

In many ways this not-so-distant future world is unimaginable. Yet this is the world that a recent survey of IPCC lead authors – scientists that draft the comprehensive climate change assessment reports – deemed most likely. The leading science journal Nature found that 60% of those that responded concluded that of all the possible futures for humanity, 3°C warming by 2100 seemed the most probable. Only 4% of respondents believed that 1.5°C was likely.

Wealth and power are obstacles

If we want to limit the destruction and death that climate change will cause, while at the same time ensuring all of humanity has a good, decent, dignified life, then we must look at how our civilization’s resources are being used, and how they have been accumulated. That means we must respond to the political reality that there are powerful forces that are keeping us locked into our current trajectory. Such forces have arisen as a consequence of centuries of fossil fuel exploitation which have created vast concentrations of both wealth and power. Is it any surprise that this wealth and power resists redistribution?

This is not to say that technological and financial innovations are not important. We must harness new ways of generating zero-carbon electricity at the same time as reforming the processes that funnel the trillions of dollars that flow across the world so that they make their way to equitable and just climate solutions. But such acts in the absence of deeper engagement with the drivers of our current crisis can only serve as sticking plasters.

It is that context that we must reflect on where we are right now. Declaring 1.5°C to be lost, that the Paris Agreement is dead, risks playing directly into a narrative of dangerous delay. Many people, instead of being galvanised into desperate and all-out action to keep warming as low as possible, might instead conclude that this means we will fall back to 2°C. Such a conclusion would be music to the ears of fossil fuel interests which have resisted decarbonisation for decades – and risks locking us into warming far beyond 2°C.

There are legitimate fears that, as the situation rapidly deteriorates, political pressure will be applied to keep us safe – where “us” in this instance will be some of those living in rich, industrialised nations. The fact these nations are most responsible for the problem may count for little if politics takes a strongly protectionist turn. Securing energy, food and water supplies – ensuring national security – would take precedence, turning desperate migrants and climate refugees away at the borders, condemning them to danger, famine and death. This implies effectively abandoning the majority of humanity to face unprecedented environmental change with all the potential for failures and even collapse in social, economic and political systems.

The Paris Agreement was a rare victory for those most vulnerable to climate change. That we are on course to barrel past 1.5°C should not be a reason to disavow the values that underpin it. It should instead focus minds and energies.

The decisions we make become more – not less – important as the world continues to heat up. If our actions were truly transformative, then yes – it could still be possible to limit warming to no more than 1.5°C, or stay as close as feasible.

But we must be honest about the prospects of such transformation given the profoundly dysfunctional political and economic systems we find ourselves in. This includes the powerful forces that will continue to strongly resist our actions. So we must go beyond meekly and vaguely asking for “increased political will”. If we want to keep humanity safe, if we want to preserve the extraordinarily complex and beautiful world that we live in, then we must not turn away from the situation we are in and the difficult and dangerous paths to safety. We must all become engaged and active to protect our world, by all means possible.

Craig Mackay – You Need to Balance Your Own Budget but the Government Doesn’t and Shouldn’t.

The Tory obsession with reducing the deficit with a programme of accelerating austerity is causing increasing harm to the great majority of working people in the UK. By refusing to borrow to invest in infrastructure […]

There are two economies out there. One is very dangerous: the feral economy. Richard Murphy is Professor of Practice in International Political Economy, City University of London. He campaigns on issues of tax avoidance and […]