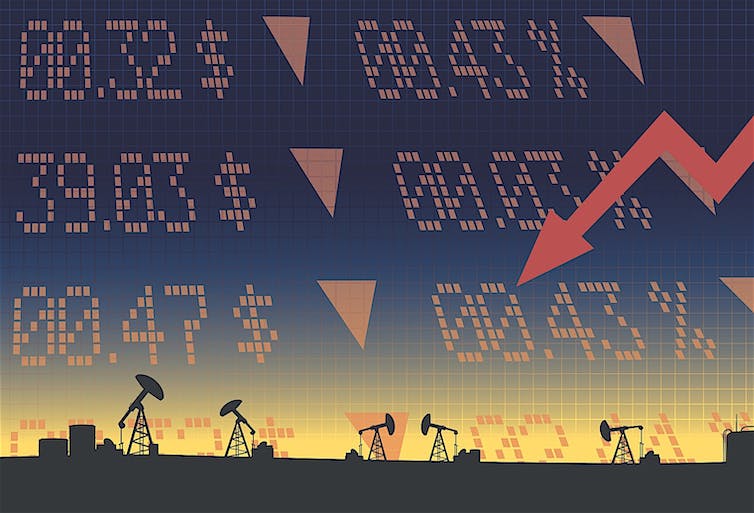 A silent revolution is happening in investing. It is a paradigm shift that will have a profound impact on corporations, countries and pressing issues like climate change. Yet most people are not even aware of it.

Yet there has been a steady shift away from these actively managed funds towards passive or index funds. Instead of depending on a fund manager, passive funds simply track indices – for example, an S&P 500 tracker fund would buy shares in every company in the S&P 500 in order to mirror its overall performance. One of the great attractions of such funds is that their fees are dramatically lower than the alternative.

In 2019 there was a watershed in the history of finance. In the United States, the total value of actively managed funds was surpassed by passive funds. Globally, passive funds crossed US$10 trillion (£7.7 trillion), a five-fold increase from US$2 trillion in 2007.

This seemingly unstoppable ascent has two main consequences. First, corporate ownership has become concentrated in the hands of the “big three” passive asset managers: BlackRock, Vanguard and State Street. They are already the largest owners of corporate America.

The second consequence relates to the companies that provide the indices that these passive funds follow. When investors buy index funds, they effectively delegate their investment decisions to these providers. Three dominant providers have become increasingly powerful: MSCI, FTSE Russell and S&P Dow Jones Indices.

With trillions of dollars migrating to passive funds, the role of index providers has been transformed. We traced this change in a recent paper: in the past, index providers only supplied information to financial markets. In our new age of passive investing, they are becoming market authorities.

Deciding who appears in the indices is not just something technical or objective. It involves some discretion by the providers and benefits some actors over others. By determining which players are included on the list, setting the criteria becomes an inherently political activity.

Especially relevant are the dominant emerging markets stock indices, particularly the widely tracked MSCI Emerging Markets Index. This is a list of large and medium-sized companies in 26 countries, including China, India and Mexico.

MSCI sets the standards for countries to qualify for inclusion. Above all, they have to guarantee free access to domestic stock markets for foreign investors. If a country is included, massive amounts of capital will flow into their national stock market almost automatically. As a result, MSCI and the other big three providers’ rival indices are now effectively steering global investment flows.

For example, when Saudi Arabia was recently added to the list of qualifying countries for these indices, it was predicted to trigger inflows into the Saudi stock market of up to US$40 billion. And when Saudi Aramco, the largest global oil producer, went public last year, it was fast-tracked by the same three index providers into their emerging markets indices. Millions of investors around the world now unknowingly hold shares in this controversial corporation – either through owning emerging markets index funds or having pensions that hold such funds on their behalf.

When China was added to the key emerging market indices in 2018, reportedly after heavy lobbying from Beijing, the capital steering effect was expected to be larger by an order of magnitude. It was estimated that the long-term inflows into Chinese stocks would be up to US$400 billion.

The future role of index providers

The three dominant index providers’ income mainly derives from the funds replicating their indices, since they have to pay royalties for the privilege. The providers are therefore currently enjoying a fee bonanza. For 2019, MSCI reported record revenues and said the assets tracking its indices were at all-time highs.

Our research suggests that these providers’ brands are so well established that competitors will struggle to take away that business. This suggests that MSCI, FTSE Russell and S&P Dow Jones will increase their role as a new kind of de facto global regulators.

Arguably the most important aspect of their private authority for the future of our planet pertains to how corporations tackle climate change. BlackRock recently made headlines with plans to divest from firms that make more than 25% of their revenues from coal. Yet this only applies to BlackRock’s actively managed funds: most of its funds track indices from the major index providers, so they will keep investing in coal until the providers remove such companies from their indices.

Similarly, BlackRock, Vanguard and State Street all recently announced they will increase their range of so-called ESG funds, which profess to exclude the worst performing firms according to environmental, social and governance criteria. Again, these criteria are increasingly defined by the index providers, using proprietary methodologies. As The Economist has noted, the providers often decide which companies to include based on whether they go about their business sustainably rather than what business they are actually in.

For instance, Saudi Aramco produces few emissions extracting oil from the ground. It’s a comparatively “sustainable” oil company, but it’s still an oil company. Most ESG indices include industry leaders in each sector and exclude worst performers – irrespective of the industry. Consequently, many ESG funds still heavily invest in the likes of airlines, oil and mining companies.

They are also sometimes quite arbitrary about who qualifies as a good performer. For instance, the American bank Wells Fargo is ranked in the top third by one index provider, while another ranks it in the bottom 5%.

In short, this tightly interlinked group of three giant passive fund managers and three major index providers will largely determine how corporations tackle climate change. The world is paying little attention to the judgements they make, and yet these judgements look highly questionable. If the world is truly to get to grips with the global climate crisis, this constellation needs to be far more closely scrutinised by regulators, researchers and the general public.

The problem cannot be solved as an isolated event. The whole system, business and politics, has one goal: maximising profits. And damned be the rest. Richard Murphy is an economic justice campaigner. Professor of Accounting, […]

A very informative article concerning car sales in Europe, unfortunately once again confirming that car-makers are only concerned with profit maximisation. By Peter Mock, Uwe Tietge, Sandra Wappelhorst Cross-posted from the ICCT website Starting this […]