Last week Foreign Policy published an article I wrote titled “Why growth can’t be green.”  It stirred a lively online discussion – and of course attracted dissenters.  Among them was one Noah Smith, who penned a critical op-ed in Bloomberg.  You can read it here.

I wrote to Noah and asked whether he would let me respond on the same platform, where he contributes a regular column.  To my delight, he agreed.  So I pitched to his editor, copying Noah.  But I received no response.  Perhaps he’s less interested in the debate than he initially let on.  Poor form, by my lights – but oh well.  Here are some of the points I would have made. 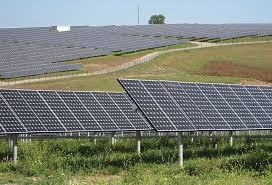 1. It’s about resource use, not energy

The main problem with Noah’s piece is that the whole thing is based on either awkward confusion or intentional sleight of hand.

My argument in FP was that it is impossible to achieve absolute decoupling of resource use from GDP on a global scale, even with rapid efficiency gains and aggressive taxes on resource extraction.  This is the conclusion reached by literally every existing study that has been conducted on the matter (you can follow links to the original research here).  The reason is simple: the rate of decoupling is outstripped by the normal rate of GDP growth, even in high-efficiency scenarios.  To make matters worse, there are physical limits to resource efficiency, and as we approach them the rate of improvement slows down, giving yet more force to the scale effect of GDP growth.

In an era in which we are already dramatically overshooting the planetary boundary on material footprint, this means that aggregate global economic growth cannot continue if we want to avoid chewing through the web of life on which our civilization depends.

But Noah is not bothered by such evidence.  In fact, he doesn’t speak to even a single shred of my actual argument (making me wonder a bit about Bloomberg’s editorial standards; I’ve never met an editor who would let me get away with something so bizarre).  Instead, he says: “Don’t worry!  We can continue growing forever because of renewable energy!”

There’s no question that we are making rapid gains toward renewable energy.  Unlike resource use, GDP can (thankfully) be dramatically decoupled from carbon emissions.  But this solves only one dimension of our ecological poly-crisis.  Even if we magically switched to a completely clean and renewable energy system tomorrow, we would be no closer to reversing our overshoot of all the other critical planetary boundaries: biodiversity collapse, chemical loading, deforestation, etc.

Think about it. What are we going to do with all that clean energy?  The same things we’re doing with fossil fuels: raze forests, intensify agricultural extraction, produce mountains of stuff, send waste to landfill – and do all of this at an ever-increasing rate, because our economic system is programmed to require endless expansion.

This paradox is brilliantly captured by Joan Wong’s illustration for the FP: a solar-powered civilization that has nonetheless laid waste to the planet.

Noah is concerned that if we were to stop global growth, poor countries would be “stuck” at their present level of poverty.  But I have never said that poor countries shouldn’t grow – nor has anyone in this field of study (which Noah would know had he read any of the relevant literature).  I have simply said that we can’t continue with aggregate global growth. What we need, then, is a fairer distribution of global income, with much more of it going to poor countries (and poor people within rich countries).  If we share what we already have more fairly, we won’t have to plunder the earth for more.

But then Noah switches tack, acknowledging this point but saying that a fairer distribution of global income is politically and logistically impossible.

Logistically impossible?  Hardly.  I can think of lots of ways to do it: by introducing a global minimum wage, for instance, or by democratizing the institutions of global economic governance, or by allowing poor countries to use subsidies and tariffs without fear of brutal retaliation, or by cancelling unpayable debts, or by rolling out a world basic income.  I discuss all of this and much more in The Divide, along with practical ideas for how to make it happen.

Is it politically impossible?  Well, it would certainly require a struggle.  But it’s far less impossible than Noah’s preferred alternative, namely, to transcend the laws of physics.

3. So don’t worry about the fertility thing

Noah is concerned about the consequences of post-growth economics for reproduction rates. “Once countries pass per-capita gross domestic product of $10,000,” he writes, “fertility rates rapidly drop to or below the replacement rate of 2.1 children per woman. Halting growth now would leave most African countries trapped well below that magic level, meaning their population growth — and thus, the world’s population growth — would continue without limit.”

First, population can’t grow without limit, for the same reason that GDP can’t.  It’s silly to imagine otherwise.  Still, I take the point. But see #2 above: no one says that poor countries can’t grow their economies.  Yet more importantly, the real cause of lower fertility isn’t higher GDP but rather better girls’ education.  GDP is a confounding factor.  In Cuba – which has a high education index and strong gender parity – the fertility rate is only 1.6 births per woman.  GDP per capita is $7,000.  Saudi Arabia’s fertility rate is much higher, at 2.7 births per woman, despite a per capita GDP that is three times that of Cuba, and double the “magic” threshold of $10,000.

This brings me to a crucial point.  While poor countries may need some GDP growth, that should never – for any nation, rich or poor – be the objective as such.  The objective should be to improve human well-being: better health, better education, better housing, happiness, etc.  The strategy should be to target these things directly, without blindly hoping that GDP growth will somehow magically deliver the results we want (usually it does not: the vast majority of new income from growth goes to the rich).  To the extent that achieving these goals entails some growth, so be it.  But that’s quite different from saying that GDP needs to grow forever.

Noah seems to believe that shifting the economy from goods to services will help reduce the material intensity of GDP.  Happily, this relationship is already accounted for in the models I cited.  To be fair, though, it’s easy to miss if you’re not reading closely. Plus, it seems like a reasonable assumption – and it frequently appears in green-growth rhetoric.

Unfortunately, the data do not support the theory.  As a proportion of world GDP, services have grown from 66% in 2002 to 68% in 2013.  But during this same period global material use has continued to rise, and indeed its rate of growth has accelerated to the point of outstripping the rate of global GDP growth. The same is true of rich nations as a group.  Services represent more than 74% of GDP in rich nations (a share that has grown rapidly since the 1990s), but material footprint growth is nonetheless outpacing GDP growth.

Why is this?  First, because services require resource-intensive inputs.  Consider the airline industry, or the tourism industry.  These are services, but of course rely on a massive material base (airports, resorts, roads, buses, etc.).  Second, the income that people earn from selling services gets used to buy resource-intensive consumer goods.  So you might earn your salary as a banker (or an op-ed columnist) but spend the money buying cars and yachts and televisions.  Third, it may be that the resource intensity of primary and secondary sectors has increased to the point of outstripping any gains made by switching to services.

Either way, there is no evidence that relying on a switch to services, in and of itself, reduces the material throughput of the global economy.

Let me conclude by circling back to Noah’s argument about energy.  Noah says “Since about 1990, emissions from the U.S. and EU have fallen, while emissions from developing countries, especially China and India, have exploded.”  First, a note of caution. Noah relies here on territorial emissions, but what we really need to look at is consumption-based emissions.  The US and EU have outsourced much of the production of the goods they consume – and therefore their emissions – to the global South, particularly to China.  That needs to be accounted for.

Furthermore, it just doesn’t make sense to compare China and the US/EU in terms of total emissions.  Emissions need to be judged on a per capita basis.  By that metric, China’s emissions are significantly less than emissions from rich countries.

But here is the more important point. While we obviously need to throw everything we have into shifting to a renewable energy system, it is unlikely that we will be able to do this fast enough to keep us from blowing the carbon budget for 2C (which, on our present trajectory, is only 19 years away).

Consider this.  Rich nations need to cut their emissions by more than 10% per year, starting now.  If rich nations continue growing at the present average rate of 1.86% per year, that means decarbonization needs to happen at a rate of 13.2% per year.  For perspective, this is seven times faster than the historic rate of decarbonization in rich nations (which has, incidentally, been slowing in recent decades), and exceeds the decarbonization rate implied by the average G20 Nationally Determined Contributions under the Paris Agreement by a factor of four.

There is no existing evidence that suggests that improvements in technologically efficiency alone will allow us to decarbonize fast enough to stay within 2C.  Why?  Because the scale effect of growth is wiping out most of our gains. We need all the technological innovation we can get – but it will only really start to work once we stop blindly marching up the ever-rising exponential curve of GDP.

To achieve a fairer world, humans must think again about how they manage the only planet at their disposal. By Tim Radford, a founding editor of Climate News Network, worked for The Guardian for 32 […]

Is stashing money in tax-havens legal? To a degree, yes. The question is, where did the money come from, how was it taxed before it got there, and who made the law making tax havens […]