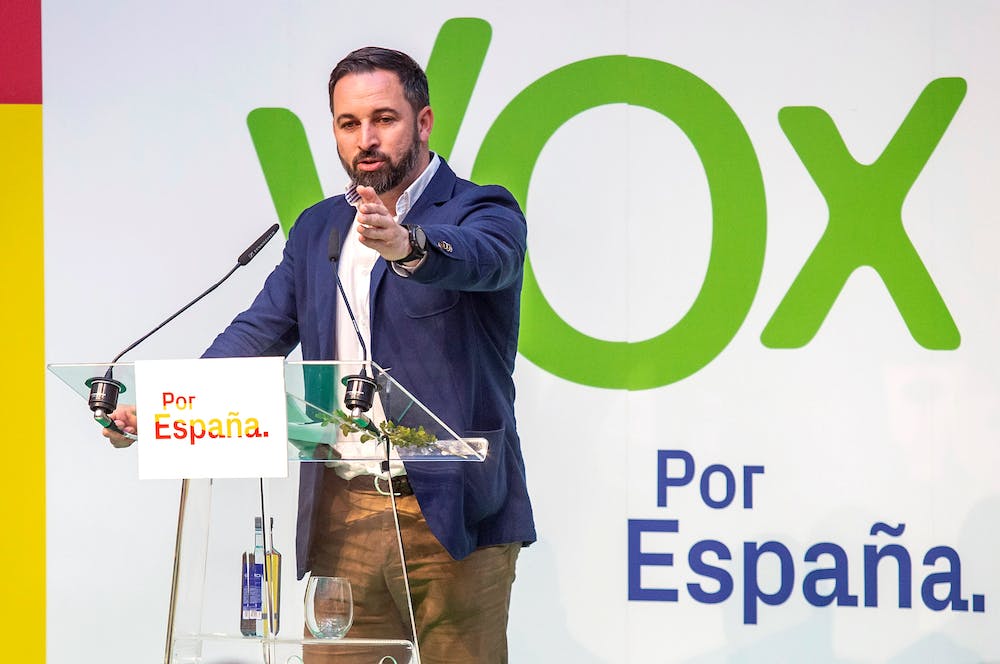 We already know the electoral results of 10 November, and the preliminary coalition government agreement between the PSOE and Podemos. But let’s go into a brief analysis of what happened on election day, and what lessons we should draw. With regard to ideological blocks the result has been identical to the previous election of 28 April of this year, but with an earthquake inside the right; the disappearance of the neo-liberal Ciudadanos in favour of the far-right VOX and, to a lesser extent, of the conservative Partido Popular. In the left-wing bloc, a splitter party from Podemos, whose election results were insignificant, has however prevented PSOE and Podemos from obtaining, exactly the same number of seats they had in April. Sánchez, despite what was whispered in his ear, has not received any votes from smaller parties. On the contrary, the number of seats of nationalist and independence parties increased.

The real winner was VOX, which embodies extreme Spanish nationalism that many of us thought had been forgotten, and the peripheral nationalists. The Catalan independence parties have obtained the best result in their history in a general election, with almost 45% of the vote in Catalonia. And in the Basque Country, in the face of the outburst of some wanting to outlaw the Basque Nationalist Party (PNV), it has meant that both this party and Basque left-wing independence party, EH-Bildu, mobilised their people, both achieving their best electoral data in recent history. Action-reaction.

Against this backdrop, who will loosen the taut rope that Spanish politics has become? If nobody does, there is a risk that it will end up tearing. Let us also not forget that dark clouds of global systemic economic crisis are approaching. Historically, nationalism has been used by those who, from above, do not want to give up a a modicum of what they have amassed, with the invaluable help of the governments in power.

How to stop VOX? The legacy of Clement Attlee and Frank Delano Roosvelt!

VOX has captured not only the electoral support of an ultra-nationalist and conservative right wing, which had up to now found shelter in the conservative Partido Popular. It has also “captured” much of the vote of the middle and working classes who are dissatisfied with their economic, social and family situation and also with what the Catalan disorder conveys before their eyes. All this sprinkled with a very disturbing message, blaming their economic situation on the weakest and poorest, especially immigrants. Yes, I know, that’s called xenophobia. If there is one thing that personally disgusts me, it is the hatred of a certain middle class for the advancement and improvement of the weakest. Even more so when the explanation is the opposite. The orthodox economic policy implemented in recent years, under the corset of the European Union, is the origin of a deep political, economic, and social crisis that spans the entire continent, once a model of freedom, prosperity, and fraternity, especially in our country. In addition, the economic proposals of VOX, profoundly dystopian and neo-feudal, would actually exacerbate this situation. It is incomprehensible that no emphasis has been placed on denouncing Vox’s economic proposals, which are simply turbo-charged neo-liberalism.

But we cannot disdain those who voted for VOX. Reactionary movements challenge people who have worked and followed the rules and are now confronted with a broken life perspective. Therefore, in the face of the rise of VOX, the rest of us democrats cannot stand by and meditate our navels, nor become polemic. We need to tackle the real causes, the deep decay of the current system of governance, which is in reality already defunct. There is a crisis of values in Spain, which only brings insecurity and fear to the majority of its citizens. But in order to do so, we must be clear, and tell those above, those who govern behind the scenes, that either they assume that the current system needs to be reformed, putting an end to the current dystopian economic policies, or they will be the main perpetrators of future upheavals. That is why I demand of these elites that they look to the legacy of the most relevant prime minister of the United Kingdom, Clement Attlee; and I demand to return to the rules of the game established by the most charismatic president in the history of the United States, Frank Delano Roosvelt. In short, I am calling for a reversal of the system of governance that has been in place since the late 1970s.

The current growth model of the European Union is exhausted

If there is one place where the current system of financial and economic governance is more than finished, it is in the European Union. Either the Brussels bureaucrats, and the European Central Bank itself, begin to understand that the European growth model of recent years has been exhausted, or the mere attempt to maintain it will generate even more angry citizens, ideal for VOX, a disaster for democracy and the majority of the Spanish people.

The two axes of Europe’s orthodox economic policy are bogged down. Neither supply drives the economy, nor has inflation been a real and imminent danger. That is why the growth model based on an accommodating monetary policy, and on the export surpluses against the rest of the world, both from Germany and the rest of exporters from the north, supported by a production chain located in those EU countries with low wages, is broken. This model was also based on a reduction of private consumption, fiscal austerity, and wage restraint, which in turn has impoverished large consumer economies such as France, Spain, and Italy.

Beijing’s determination to move up the value chain as quickly as possible over time, and to reduce the percentage of its exports as a percentage of its GDP, marks the expiry date of the German export Mitteslstand. That’s it, game over. It is necessary to open up to, as Mario Draghi himself demanded, to fiscal policies and new ideas such as Modern Monetary Theory (MMT), using it as an instrument for a pan-European Green New Deal as outlined by “Bernie Sanders”, and the tool of Guaranteed Work.

If none of this is done, there is another cynical interpretation of the rise of VOX and the role of the elites, seeing above all the genuflecting attitude of the patriotic media, where there is no room for an alternative opinion to a false worn our consensus. Under this interpretation, from a political point of view, Neo-liberalism would evolve from a cynical vision of democracy, Inverted Totalitarianism, towards an authoritarian drift, a new fascism. It is the reaction of the elites to what they consider to be social disorder and instability, and which only seeks to maintain their status-quo. They believe that from an authoritarian repressive system they will keep their wealth intact. VOX embodies it perfectly. Let us hope that it is exactly the opposite, the definitive disappearance of the current system of governance, and the return to an inclusive economic and political system, authentically democratic. The alternative is chaos and disorder.

This may not be Europe, but to follow attempts at organisation in the gig economy, we thought we would make an exception. In the fight for unionisation within a precarious gig economy, Toronto Foodora couriers […]

Wolfgang Streeck – Germany: Between a Rock and a Hard Place

Letter from Europe: November 2020 Wolfgang Streeck is the Emeritus Director of Director the Max Planck Institute for the Study of Societies in Cologne, Germany Cross-posted from El Salto (in Spanish) President Biden is not yet […]