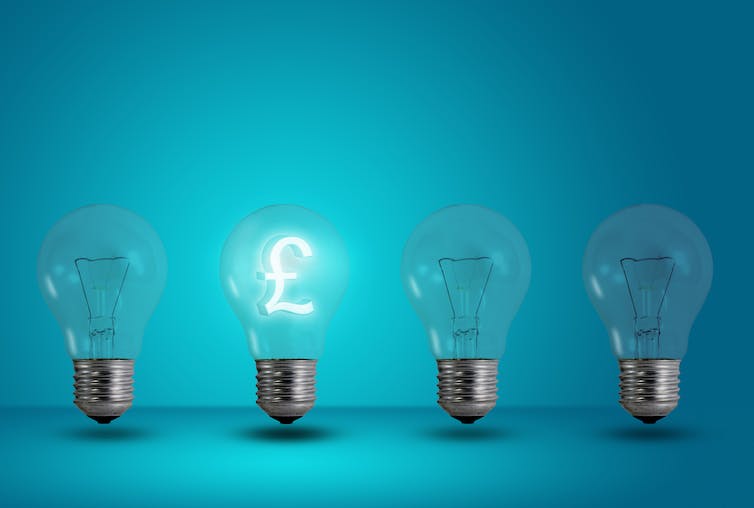 The UK is heading into the greatest cost of living crisis in living memory. Looming energy price rises are going to drive huge swathes of the population into fuel poverty, and none of the proposals being put forward by our political parties at Westminster or in Scotland or Wales are sufficient to deal with it.

So, let’s look at what the parties are proposing for households (businesses are also facing a serious threat but politicians have so far largely ignored them).

Prime Minister Boris Johnson has said he will not be implementing any new policies before he steps down in September. Of his two possible successors, former chancellor Rishi Sunak has put forward a three-part plan which involves cutting VAT on energy bills (though cutting VAT disproportionately benefits richer households), giving benefit claimants a top up, and giving pensioners an extra winter fuel payment. But energy prices are rising too fast – Sunak’s measures would not be enough to prevent many millions of people falling further into fuel poverty.

Foreign secretary Liz Truss, the other candidate for next prime minister, is proposing to reverse a recent rise in national insurance contributions and to remove green levies on energy bills, while stopping “wealthy” households receiving a planned £400 energy rebate. Not only are these again not enough to offset the significant price rises, but those green levies actually serve to reduce future bills by funding energy efficiency schemes and supporting the development of cheap renewable energy. Under Sunak things will get worse, and under Truss they’ll get much worse.

Labour leader Keir Starmer is proposing an increased windfall tax on energy firms to be used to freeze energy bills, albeit at a level that has already increased sharply since earlier this year, which he claims would save households an average of £1,000. The Liberal Democrats want to go a bit further by introducing a higher windfall tax, and doubling the Warm Homes Discount targeted at people on lower incomes and making more people eligible for it.

At Holyrood, Scottish first minister Nicola Sturgeon has warned that the country faces a winter of “deprivation” and said that Ofgem’s planned price cap increases should not go ahead. However, her party the SNP has excluded a motion on “creatively” using devolved tax powers to help tackle the cost-of-living crisis from the draft agenda for its annual conference in October. Sturgeon may live to regret this as heat, energy efficiency and fuel poverty are among her devolved responsibilities.

And that’s just the short-term bad news – fixing things in the longer-term may be just as tough. If we look at those EU countries which are proving most resistant to the energy price hikes, namely France and Norway, both have state-owned energy companies.

Public ownership has proven to be effective, at least in the long term, at making countries resilient and able to shield ordinary people from price fluctuations. For example, the French government used its majority stake in energy giant EdF to change the formula used for calculating electricity tariffs in way that further decouples them from market prices.

However, the Conservatives are opposed to public ownership, the Liberal Democrats are silent, and Labour has ruled out nationalising energy in England. The Green Party of England and Wales (GPEW) has taken a more radical stance, supporting the permanent nationalisation of energy suppliers and for bills to be reduced to their levels before the price cap was raised in early 2022.

In Scotland, the SNP and its governing partner the Scottish Greens rejected a proposal to set up a public energy company last year, but now support the nationalisation of the existing energy companies. However, this would mean buying these companies out at time when they’re profitable and therefore more expensive, and is particularly frustrating given that that in 2019 the Scottish government had the opportunity to buy out Our Power, an Edinburgh-based energy company that collapsed owing the government millions in commercial loans.

Over in Wales, Welsh Labour and Plaid Cymru are working across the independence divide to establish a net-zero company. Crucially, this public company could own assets like wind farms or heat networks.

In the model I have helped develop with the think tank Common Weal is it important that companies own such assets as they can be used to leverage funding when times get tough. Since retail-only energy companies – even public ones – lack these assets, they are still exposed to all the risks that have seen so many of them go under.

This means that those two parties, along with some smaller leftist and pro-Scottish independence parties, such as Scotland’s Alba Party, are the only parties that I’m aware of who support a realistic approach to bringing energy into public ownership.

So, there you have it. Honestly, after 15 years of working in this field I have to conclude that a lack of both historical and recent action means the UK is now in for a very, very hard winter.

Mathieu Blondeel – COP27: a year on from the Glasgow climate pact, the world is burning more fossil fuels than ever

Lane V. Erickson/Shutterstock Mathieu Blondeel, Warwick Business School, University of Warwick The burning of fossil fuels caused 86% of all CO₂ emissions during the past ten years. Despite being the primary culprits of global heating, […]