This war is not in the interests of people here or in Ukraine or Russia. It is in all our interests to end it

Lindsey Ann German is a British left-wing political activist. A founding member and convenor of the British anti-war organisation Stop the War Coalition 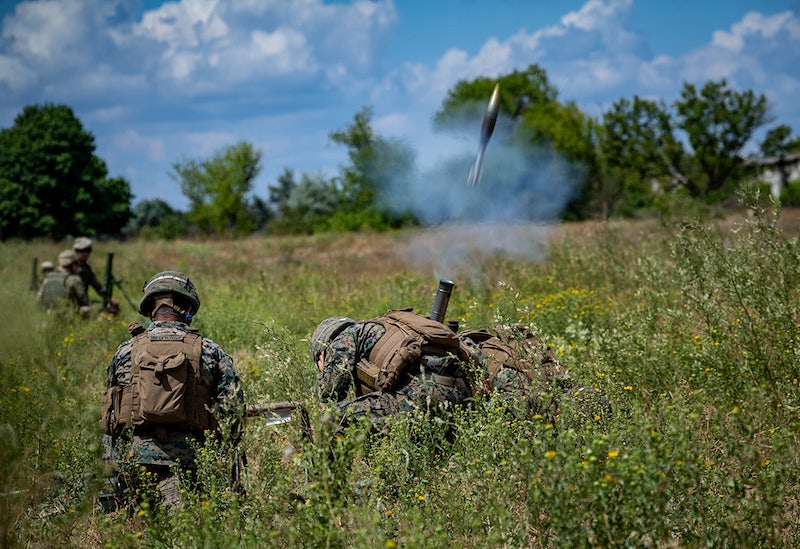 The announcement today that the UK is sending further weapons to Ukraine brings the total of military aid to Kyiv to £2.3 billion and places the Johnson government as second only to the US in supplying arms. Defence Secretary, Ben Wallace, has posed this increase – consisting of multiple launch rocket systems and precision guided missiles – as being purely for defensive operations but this is clearly not the case.

The M31A1 missiles can reach a range of 80km and given the recent attacks on a Russian airbase in Crimea, will potentially contribute to a dangerous escalation of the war. While British ministers and Western hawks talk glibly of defensive measures, they are fully aware that pouring in these huge numbers of missiles, rocket launch systems, armoured vehicles and anti-tank missiles is not leading to any talk of peace but towards greater war.

This is a devastating situation for the Ukrainian people who quite rightly oppose the Russian invasion but who are being done no favours by the governments sending them weapons or by the demands of their own government for further escalation. This is a proxy war between Russia and the Western powers in which the latter are pushing for further attacks on Russia and who are now using the war to increase threat of conflict with China. That was the message of Nancy Pelosi’s visit to Taiwan recently and led to major military exercises from China in response.

The urgent need is for talks which can end this war and stop the suffering of millions of people – and that is not forthcoming at present. The consequences of the conflict are spreading far beyond the immediate area. Most obvious is the cost-of-living crisis which is being severely impacted by the war.

The idea of sanctions on Russia over the war on Ukraine was that they would force Vladimir Putin to end his invasion of that country and come to the negotiating table. The outcome appears to be the opposite to that intended.

We in Stop the War have always argued against sanctions – they are not an alternative to military confrontation but instead prepare the ground for further wars. In addition to that they very often harm ordinary people in the countries targeted while the rich and powerful around government find sanctions much easier to avoid.

While the Russian rich seem to be resuming their flights by private jet, and their yachts are managing to locate safe harbours in various parts of the world, there is clamour from Finland and Estonia to stop EU short-term visas which are used by ordinary Russians for holidays.

Russia is managing to sell oil to other markets, most notably India, China and Turkey, so its economy is being much less impacted than was predicted when they were imposed.

Even more serious for the countries supporting the sanctions across the EU and US is the impact the war is now having on their own populations. There are several reasons for the rise in fuel prices and food inflation but clearly the war is a major factor.

Many European countries are dependent on Russian gas. A combination of their own sanctions plus Putin using the resource as a bargaining chip is building into a major crisis as we approach autumn. Most acute is the situation in Germany where the pipeline Nordstream One – designed to ensure regular supplies of gas from Russia – is subject to sanctions restrictions and is causing major political and economic headaches for the government there.

The gas turbine in the pipeline was sent to Canada for maintenance and was stopped from coming back due to the sanctions. The Russian company Gazprom then suspended deliveries and while these have now been resumed, they are at much reduced levels and wrangling continues over the turbine.

The impact of the war is perhaps having a bigger impact on Germany than any other EU country. A combination of severe restrictions on gas, rising prices as part of the international crisis, and a proposed doubling of defence spending bringing it to the highest in Europe, are leading to major economic, social and political crises which will not easily be resolved.

The fears now gripping millions of working class people in Britain as we face the worst cost of living crisis in generations are only compounded by government incompetence and inaction. There is absolutely no question of money being found to supply weapons, and both Tory leadership candidates are committing to a hike in defence spending to 3% of GDP – an increase of around a quarter. These are the same people who attack strikers for demanding inflation linked pay increases and who say that they cannot find extra money to help those most affected by the fuel crisis.

A Tory minister declaimed on Radio 4 this week that we are ‘effectively at war in Europe’. In this case he was justifying the horrendous rise in energy prices facing households in Britain and elsewhere. But it is a common refrain from the British government when trying to suggest that we should make sacrifices in order to support the ‘war effort’.

They have repeatedly used this argument to deflect any criticism. This war is not in the interests of people here or in Ukraine or Russia. It is in all our interests to end it. As we campaign to do so, we should link the hardship which millions of working class people are suffering due to price increases with the determination of the imperialists to spend record levels on militarism and weapons.

Branko Milanović – The evolution of Karl Marx: a review of Kevin B. Anderson’s “Marx at the Margins”

A look at Marx’s transition from eurocentricity to a global analysis Branko Milanović is an economist specialised in development and inequality. His newest  book is “Capitalism, Alone: The Future of the System That Rules the […]

Michael Roberts – China: Not so Evergrande