Malta has a ‘Labour’ (Social Democrat) government whose major battle cry has been to be the most business-friendly government in Malta’s history.

Martin Galea De Giovanni is Director of Friends of the Earth Malta. 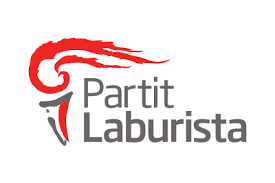 Malta is generally known for its sun and sea, yet the recent political events that have hurled the island state into the international spotlight are uncovering a rather telling story of what happens when unbridled capitalism engulfs a nation.

It all started way back when Malta was still under colonial rule. The divide and rule tactics employed by the colonizers were never shaken off by the governments that followed our independence from the British Empire. This was seen as the perfect tool that could keep the general public from being critically engaged in democratic processes and fighting for basic rights. The fact that Malta ended up with a shoddy constitution after the British left simply undermined our nascent republic even further.

Civil society spaces were mostly hijacked by partisan tribes who constantly gaslighted any action by nonpartisan social and environmental groups – they labelled us as being mouthpieces for the “opposition”. This has happened to many activists, including myself, who have been labelled as opposition even though ironically we have been outspoken regardless of whether the Labour or the National party has been in power. The fact that the two major political parties have their own TV and radio stations has reinforced this problem and continues to undermine our democracy.

All this came to a head when Daphne Caruana Galizia was murdered in what is starting to look like a state-sponsored assassination. Caruana Galizia was a controversial journalist, and I have generally not agreed with her core agenda and idea of ‘normality’ – after all, she had strong links to the Nationalist party which has had its fair share of corruption and classism in government. Yet, her relentless reporting on government corruption and its links to the international financial and criminal worlds were the only voice that detailed the murky reality our country is currently in.

The recent assertions being made under oath in court by Yorgen Fenech paint a dark picture of a web between some of Malta’s richest business cartels and elected officials. Until recently Fenech was the CEO of Tumas Group – one of the largest construction companies on the island – until his dramatic failed escape from Malta and subsequent arrest for complicity in Daphne’s murder.

Tumas Group was also one of the major companies behind a deal to build Malta’s only gas power station. One of Labour’s dubious privatization deals which also involves an international energy giant – Siemens. This together with the dubious fuel acquisition agreement with Azerbaijan and the opening of offshore accounts in Panama by the Minister responsible for Energy should have sent alarm bells to National and European institutions. Unfortunately, since the economy was booming on a national scale, very little was done until recent events started to unfold.

Since 2013 Malta had a ‘Labour’ government whose major battle cry has been to be the most business-friendly government in Malta’s history. On that, they certainly delivered – a worker’s party which went full tilt by embracing neoliberal policies to its core. This comes as no surprise, considering that its electoral campaign was funded by the wealthiest businesses on the island, and compounded by the fact that Keith Schembri, another top businessman landed the job of Chief of Staff to Prime Minister Joseph Muscat. It is now emerging that this was the person running the party, and the state.

Everything else was a smokescreen for their pre-planned financial conquests – no wonder that environmental and planning regulations were being turned into a circus. Malta has had a few construction booms in the past, but this was unparalleled by anything that came before – Malta is now a concrete jungle thanks to projects which were decided upon before the elections. Civil society has been opposing a never-ending deluge of large scale projects such as the db Tower in Valletta, the huge Quad office complex, and the Malta-Gozo tunnel. These and many other projects are being pushed forward or have been already approved in defiance of legal and planning processes and procedures.

We are left with a state of affairs in which there can be no social and environmental justice without proper and fair democratic institutions. This is the right time for people in Malta to say no to the many decades of having politicians from the two main parties in government rolling out the red carpet to dubious tycoons, autocratic leaders and tax evaders. The value systems brought about by politicians and their “as long as the economy is fine anything goes” mantra have now led to some of the biggest environmental and social injustices suffered by the country. It should also serve as a lesson to other countries and EU institutions to not be complacent.

The interests of communities and citizens should come before anything else – until institutions are unshackled from the grip of neoliberal forces who have morphed into elected officials, there will be no prospect of justice in Malta and beyond.

The stench of corruption is strong everywhere while their governments become more authoritarian and seek to maximise their control of the media. Patrick Cockburn is the author of War in the Age of Trump (Verso) Cross-posted […]

Nicholas Beuret – Emissions inequality: there is a gulf between global rich and poor

jag_cz / shutterstock Nicholas Beuret, University of Essex American congresswoman Alexandria Ocasio-Cortez recently shook up environmental politics by releasing a broad outline of a Green New Deal – a plan to make the US a […]

As the Spanish prosecution sums up its arguments against twelve leaders of the Catalan movement for self-determination one can hardly find words to describe this travesty of justice. Chris Bambery did find one: Bollocks. Chris […]