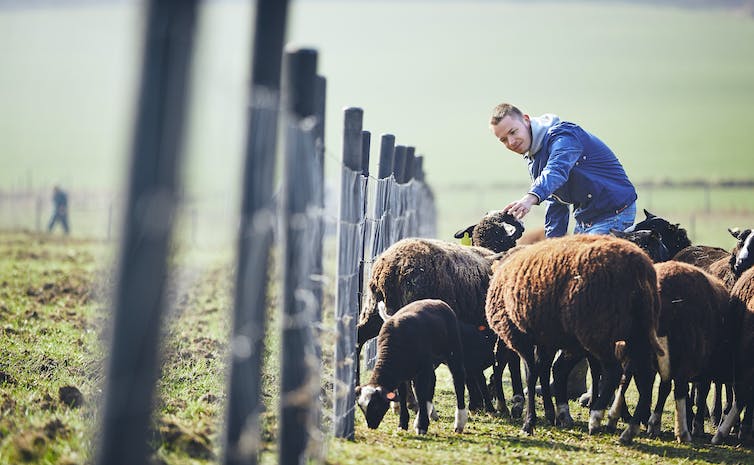 The Common Agricultural Policy, or CAP, is the European Union’s largest budget item. For the €60 billion (£53.9 billion) a year it pays in subsidies, the CAP is expected to support farmer incomes, ensure a supply of quality food, protect biodiversity, tackle climate change and encourage young people into farming.

It’s hard to tell if the EU is succeeding in these aims because of a lack of transparency, complex reporting, and insufficient monitoring. But the success of the European Green Deal and a green recovery from COVID-19 depend on these subsidies being well spent.

In our new study, we found that the CAP isn’t living up to its promises.

We carefully analysed how agricultural subsidies flow down from EU bureaucracy to the local level. We connected these payments to their intended CAP goal – such as improving biodiversity or creating new opportunities for young farmers – and compared where they ultimately go.

Our analysis showed that at least €24 billion a year goes to support incomes in the richest farming regions of the EU with the fewest farm jobs. Meanwhile, the poorest regions with the most farm jobs are left behind. These essentially unnecessary welfare payments would more than cover the €20 billion a year needed to meet the EU’s biodiversity strategy, or could be better spent on other goals in regions of greatest need.

Our results show that current spending is exacerbating, rather than reducing income inequality among farmers, because income payments are simply based on the area of land farmers manage, not their needs. The larger the farm, the higher their income support.

The way these payments are allocated requires no proof of environmental benefits – everyone gets the same payment for each hectare of land. As a result, the very premise on which the majority of CAP support is paid is gravely flawed.

In what was perhaps most surprising, we also found that substantial payments intended to support rural development are actually made to urban areas.

Not only does the CAP fail to support the incomes of farmers most in need, our study showed it actually subsidises farming regions with the most pollution and least biodiversity-friendly farming habits. Farming regions with the highest greenhouse gas emissions from intensive livestock production are getting paid billions of euros each year without any obligation to reduce pollution.

In its current state, the CAP is unlikely to contribute to a green recovery from the pandemic, nor broader goals for sustainable development as the European Commission desires.

The details of the post-2020 CAP are now being wrangled among member states. But the proposals don’t address these major flaws, particularly because the main way in which payments are distributed remains unaltered in the new proposed CAP. These flaws could be addressed by, for example, removing area-based payments. But implementing these changes will take political will.

CAP income support should become needs-based, like other social welfare payments that are means-tested. That means recipients need to prove they need income support according to a particular criteria, considering all sources of income. Otherwise farmers should only be rewarded or compensated based on evidence of them providing public goods.

This would give farmers in regions with lots of pollution the support they need to reduce it. It would also give farmers in less fertile regions income for providing environmental services, such as protecting grasslands high in biodiversity. These changes would drastically improve the current model of payments being based on how much farmland a person owns.

How CAP subsidies actually benefit the environment must also be scrutinised. One easy way is to monitor, using satellites or crowd-sourced photographs, the extent of grassland habitats on farms, with subsidies reduced if these areas shrink or increased if the areas expand. These unplowed, sparsely grazed areas are very valuable to biodiversity, but they wouldn’t usually be protected without environmental payments.

Another option is for the CAP to finance pollution reduction – such as nitrogen in waterways or greenhouse gas emissions – and continuously measure it against a baseline.

Farmers are stewards of a large portion of the EU’s land area, and its cultural landscapes, wildlife and habitats too. The future security of Europe’s food supplies will depend on maintaining healthy soils and biodiversity.

But misspent agricultural subsidies are destroying the very environment upon which farming depends worldwide. The current CAP negotiations need to change how unevenly and unwisely this huge chunk of the EU budget is being spent to safeguard food security and the environment for future generations.

It’s dangerous to call Haugen a Facebook ‘whistleblower’. Whistleblowers pay a heavy price for standing up for truth, for humanity, for life. She is simply shoring up one of several elite paths to more deceit, […]

Marshall Auerback – Do Davos Billionaires and Bankers Really Believe That There Won’t Be Any More Booms and Busts?

Monetary tightening is no longer required to create recessions, given the existence of fragile credit structures and a growing pandemic out of China. Marshall Auerback is a market analyst and commentator This article was produced […]