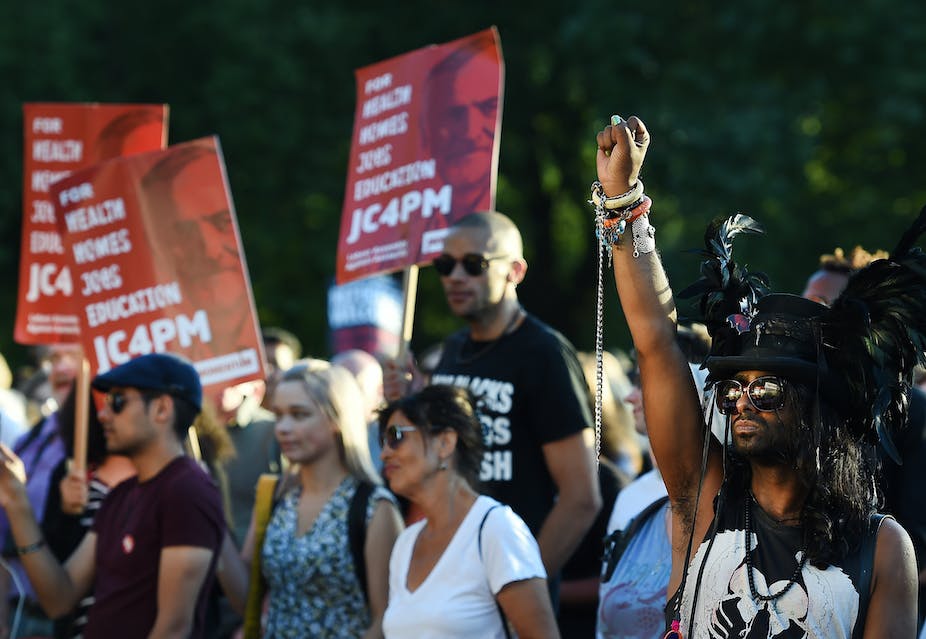 Populism is seemingly sweeping the globe, threatening the established status quo. Optimistically, it promises to bring about much needed change to what appears to be a corrupt political and economic order. More ominously, it is dangerously promoting racism, sexism, xenophobia, jingoism, and attacking basic human rights around the world.

It is therefore important not to blithely conflate different populist and grassroots movements. The left-wing movements championing greater inclusion are plainly very different from right-wing ones keen on reinforced or increased exclusion. But despite their profound differences, they have one thing in common: they claim to represent a supposedly victimised popular majority, “the people”.

Exactly who these “people” actually are is far from clear. All sides are embroiled in an ongoing struggle to determine how to define which populations count and which do not. Lost in the public outcry regarding populism is a deeper conflict over who matters socially, economically and politically.

In the wake of the recent upsurge in populist movements, there have been a number of attempts to better define what the word “populism” actually describes. Perhaps the best and clearest recent definition comes from Daniele Albertazzi and Duncan McDonnell, who write that populism:

Pits a virtuous and homogeneous people against a set of elites and dangerous ‘others’ who are together depicted as depriving (or attempting to deprive) the sovereign people of their rights, values, prosperity, identity, and voice.

But populism doesn’t just appeal with an “us-versus-them” attack on elites; it also offers its supporters a passionate sense of solidarity. It mobilises individuals and communities under a common identity, one that can be socially invigorating and politically empowering. Populism is therefore an opportunity to dramatically redefine the political landscape, and to fill the relatively vacuous term of the “people” with any of various new meanings.

But just as some ideas of “the people” are exclusionary, others are radically inclusive.

The late political theorist Ernesto Laclau declared that at its roots, populism is linked to a specific politics – that even the most seemingly mundane protest can reveal the limitations of an existing system and the potential to establish something radically different. If those in power cannot meet these demands, they and the values they represent will suddenly look vulnerable and replaceable.

While Laclau was writing about the general logic of populism, the content of this demand matters greatly for the specifics of these fraught times. Calls for greater democracy, for instance, focus popular attention on democratising political and economic organisations. By contrast, fearmongering against immigrants (to take one example) seeks to restrict political power and economic benefits, making them the preserve of a chosen population.

The ideology driving these demands and identities is therefore of paramount importance. The resurgence of authoritarian and fascist rhetoric speaks to the dangers of demagogues playing on the dissatisfaction of the majority for the creation of a more repressive and less equitable social order. However, the infusing of progressive ideals with a populist spirit can catalyse movements and identities that broaden politics to reach previously invisible groups.

Populism has the radical potential to foster not just exclusion, but greater inclusion. By instilling a shared sense of injustice, inclusive movements can alert their followers to the plight of other people whom they’ve been socialised to ignore, forging bonds first of empathy and then of solidarity. This in turn means their preferred definition of “the people” can be expanded to include more and more citizens.

In recent years, a number of scholars and commentators have challenged how far the label “populism” should be extended. They question whether figures such as Jeremy Corbyn should even be called populists, arguing that failing to make the distinction between exclusive and inclusive movements reflects lazy and even disingenuous thinking. When any challenge to “sensible”, “moderate” politics is derided as populist regardless of its stated aims, the political dominance of the establishment is consolidated.

This argument for a tighter definition of populism is prudent, but inclusion-minded movements shouldn’t be let off the hook entirely. If movements on the left remain fixated on bringing down maligned or incompetent elites, they will tie themselves to a dangerous politics of sovereignty, one where the overriding goal is simply to take power. This is a very narrow vision. Instead, the imperative must be to find new ways to more equitably organise society and share power.

Ultimately, these sorts of political movements should always be thought of as beginnings, not ends in themselves. Radical, inclusive politics should be much more than a critique of those at the top; it needs to be an ongoing debate over who “we” are and how “we” can be empowered. In an age when the forces of xenophobia and nativism are on the rise, these concerns are perhaps more timely than ever before. Modern politics isn’t just a struggle between left-populists and right-populists: it’s a race to define and expand who the “people” are and what they can achieve together.

The auditing profession has become synonymous with fraud. Richard Murphy is being generous by not mentioning that the same auditing firms advise the same companies on how to evade paying taxes, not to mention how to […]

Beyond the positive results it could possibly achieve, Spain’s new government has the chance to show that politics still has a purpose in European democracies Juan Laborda is professor of Financial Economics and Derivatives at […]

The push to renew austerity is being felt in much of Europe as the maintenance of the existing hierarchy of wealth within society is the priority Richard Murphy is an economic justice campaigner. Professor of […]