The problem cannot be solved as an isolated event. The whole system, business and politics, has one goal: maximising profits. And damned be the rest. 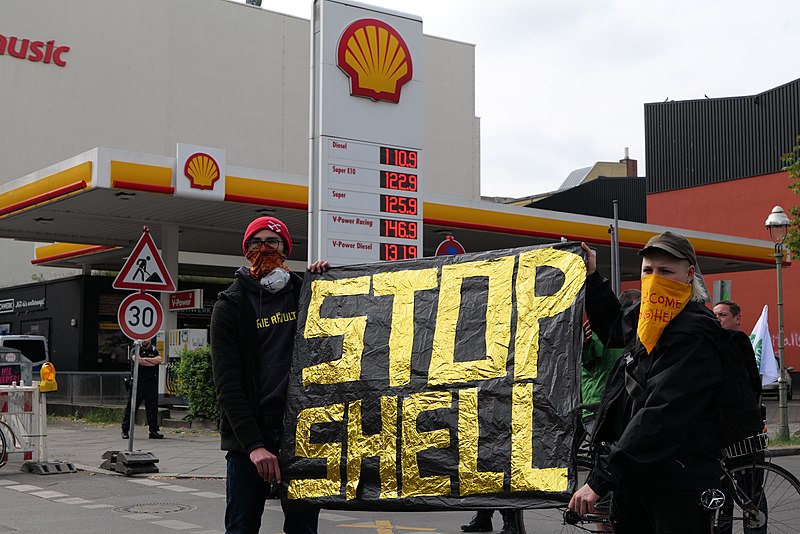 We are living in interesting times. I  mentioned yesterday that sentiment on and the understanding of money might be improving, for the better. That’s the good news, maybe. There is much that is not. Take this from the Guardian, for example:

Royal Dutch Shell has no plans to change its strategy despite a landmark Netherlands court ruling calling for the company to make a 45% cut to its carbon emissions by the end of the decade, according to the oil giant’s chief executive.

Ben van Beurden denied the company would need to change its plans to meet the tougher court-ordered climate targets on Thursday, as he revealed a multibillion-dollar shareholder windfall for investors and better-than-expected quarterly profits.

The court victory in the Netherlands is binding on Shell, but they intend to appeal it. They are doing so despite around 30% of their shareholders thinking that the company is wrong on this issue and that it should comply. But the rest presumably smell the money that the Covid recovery in commodity prices is offering and will live with Shell’s literal contempt for the court.

Shell is not alone in its disdain for the requirements of climate change, of course. Channel 4 News documented the risk from new exploitation of North Sea oil reserves last night. That this is planned by non-UK owned companies sets up the risk of legal action if the UK seeks to constrain it, not that there is much sign of this as yet.

So what is my concern? It is that what might be called the ˜greenwash consensus” that has resulted in large companies in sectors like the extractive industries appearing to comply with climate targets to date breaking down, and sooner than I anticipated.

There was always a risk that when push came to shove a climate versus profit conflict would break out. This was never likely to be a smooth path. Now that the science is determined, and the evidence is unambiguous, raw differences of view on economic priorities were always bound to come to the fore. I think that is what is happening now. The claim that tackling climate change hits profit will be what drives the argument against anything being done about it.

It will be said that profit drives all value in society.

It will also be said that profit drives all taxes.

And in the apparently logical progression of those three (all incorrect) claims the absurdity of the narrative that will be promoted is exposed.

However, exposure of illogicality is not sufficient reason for things not to happen. Look at Trump, Johnson, and the rise of the far-right. They share not an iota of reason between them, but they remain popular. So there has not just to be logic, but bottom line fact to win this argument.

This is where sustainable cost accounting comes in. The trouble with all existing climate reporting standards is that they consider the scale of the emissions a company creates, but then refuse to quantify the cost that will be incurred to eliminate that pollution. So they tell us that a company is polluting, but beyond warm words (that ‘greenwash’, again) they do not tell us how and at what cost those emissions will be eliminated, as they must be. In so doing they keep the cost of climate change off the balance sheet so that companies like Shell can continue to pay out massive dividends when the reality is that as a company they might well be carbon insolvent of their cost of eliminating their emissions and those of the users of their products were to be taken into consideration in their accounts.

What sustainable cost accounting makes clear is that it is climate change, and not tackling it, that hits profits. That is why, I suspect, it is quite so frightening.

I am under no illusion that the fight for having the costs of climate change on the balance sheet is going to be an easy one, but quiet progress is being made. The idea is being noticed, precisely because it does take the cost of climate change back to the companies who would abuse this planet and says to them that this is their problem that they have to solve.Â  Quiet progress means that things are not moving nearly as fast as I would like. But at least they are moving. The world cannot afford the attitude of companies like Shell.

Ivan Wecke – Conspiracy theories aside, there is something fishy about the Great Reset

It’s a corporate takeover of global governance that affects our food, our data and our vaccines Ivan Wecke is a political scientist and writer Cross-posted from Open Democracy Last year’s WEF summit had the theme […]

A think-piece after a riotous Whitsun weekend. Social credit and the digital central bank money are tools of technocratic social engineers. They want to turn societies into social mega-machines. To prevent this, it is not […]